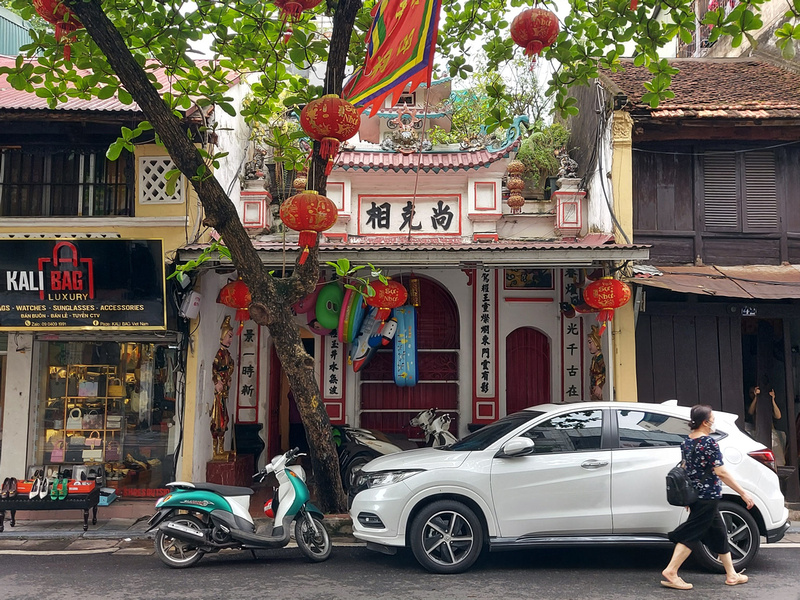 Where I’m At is the monthly travel and site update for Nomadic Notes. Updates can also be found at the weekly travel newsletter, which includes the best travel reads from around the web.

June began in Vientiane, which was the entry and exit point for my trip to Laos. I booked a week here to give myself time to explore the city and write some reports about future urban development.

Vientiane is often described in introductory blurbs of travel stories as a “sleepy capital”. I see it written so often that it must be an unwritten rule that you have to call it that. Compared to other ASEAN capitals it certainly is, but travel is a relative experience. After being in small cities of Laos, Vientiane felt like a bustling metropolis upon my return. It was good to spend some more time here, and I will be writing my notes about what Vientiane is like in 2022.

One of the main themes of my other site at Future Southeast Asia is improving connectivity between countries. I think about this in Vientiane, where this capital city is so underserved with connections to the rest of Southeast Asia.

Even in the before times (pre 2020) there were no non-stop flights from Vientiane to Ho Chi Minh City. There was one Lao Airlines flight that went via Pakse, and Vietnam Airlines sells tickets via Hanoi. The cheapest way is to go via Bangkok, so that is how I ended up going through Thailand yet again.

Vientiane is near the First Thai-Lao Friendship Bridge which connects to Nong Khai. There is a direct bus from Vientiane to Udon Thani, but that restarted after I left.

Believe it or not, there is a train line planned from Vienitane to Vietnam that was supposed to start construction in November. It sounds ridiculous, but then again who would have guessed that there would be a railway in Laos from China to Thailand. This one may not happen given that the government is running out of money already, but if it was a thing then I would have gone back to Vietnam via this train.

There was also an announcement last month of a planned new Thailand-Laos-Vietnam bus route, but that would not have been useful for my needs on this trip.

Vietnam is now fully open, with no pre-travel health forms to fill out or declarations at the airport. The pre-2020 visas have not been restored though, so there is only the option of a one-month tourist visa. Previously you could apply for a 3-month visa, and Americans could get a 1-year multiple-entry visa. Rather than renting a room for a month, I’m making the most of my time by visiting some other places.

I went back to Da Nang (again!), but this time to get the train to Hue via the Hai Van Pass.

I visited Hue in 2019 so I won’t need to blog about it again. Instead, I made a report about Future Hue and a construction report for the city centre.

From Hue I went to Hanoi. One thing that I have been itching to see is the new metro line in Hanoi. This is the first urban railway in Vietnam, so it is a big deal.

There is another metro line under construction in Hanoi, so I went out and visited some of the future stations. This is a good way to make me get out of the city centre, because my default mode is to wander the streets of the old city all day.

I will have a metro report and city report for Hanoi.

Notes on Sihanoukville – After the gold rush

Laos-China Railway – A review of the Vientiane to Boten train