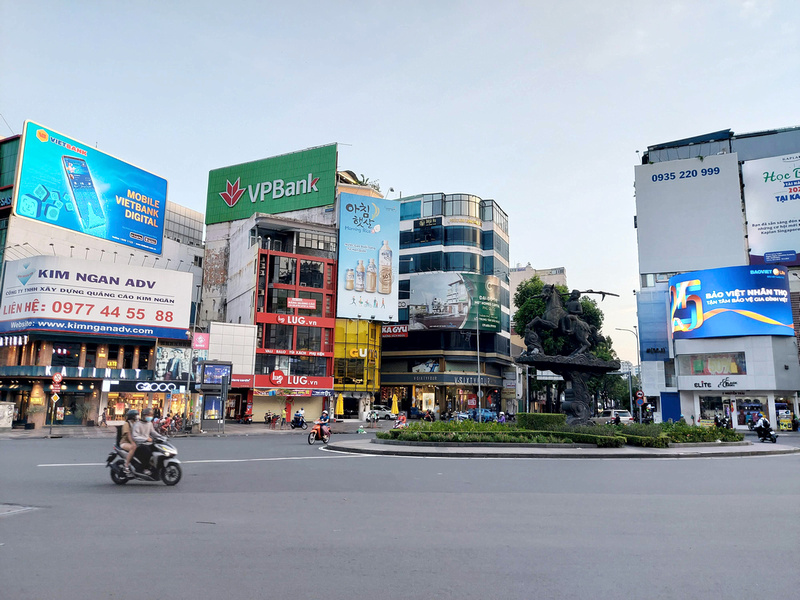 Where I’m At is my monthly real-time site update, rounding up my travels (or lack of travel) from the last month, and other news. Subscribe to my travel newsletter, where I update weekly and curate the most interesting travel reads from around the web.

While parts of the world are opening up again, Southeast Asia is still battling the virus. 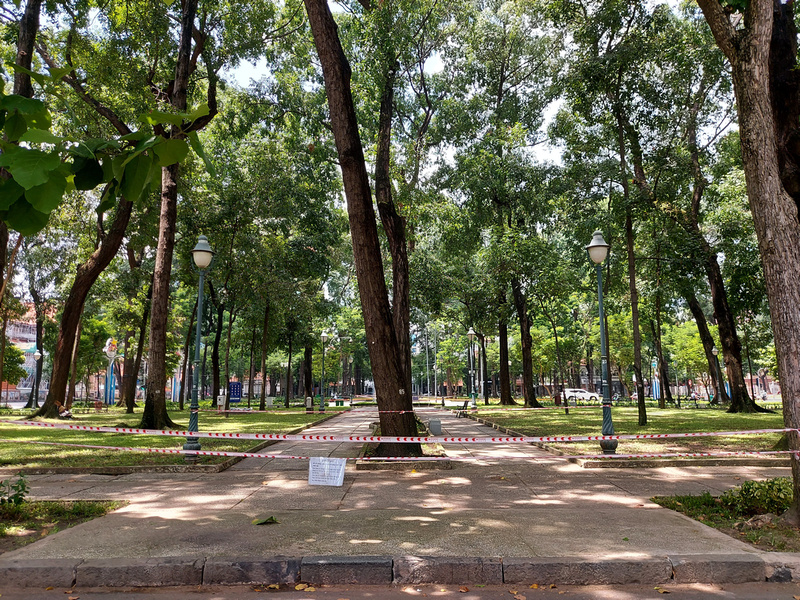 I started the month in Saigon where we had just entered a two-week social distancing order to contain a new outbreak in the city.

After two weeks the social distancing order was extended for another two weeks, and now it has been extended without a set expiry date. So for the entire month of June, restaurants and cafes were closed for sitting in business. That means I went an entire month without sitting in a cafe, which is surely a record for me.

We are not in lockdown as such, but we are required to stay home and only go outside to buy food and supplies, to go to work, or for emergency treatment. Lockdowns are happening at apartments and streets as new cases are discovered.

To keep my sanity I go out to get takeaway lunch and dinner, which is technically allowed. I never use the delivery services because I would rather go out and get it myself. I also go out for takeaway coffee three times a day. That gets me out of the house, and I am doing my little bit to keep the cafes ticking over.

On my evening walk to get food I have seen several apartments and lanes closed down. When I passed this lane I saw people in the blue protective gear testing everyone in the lane. 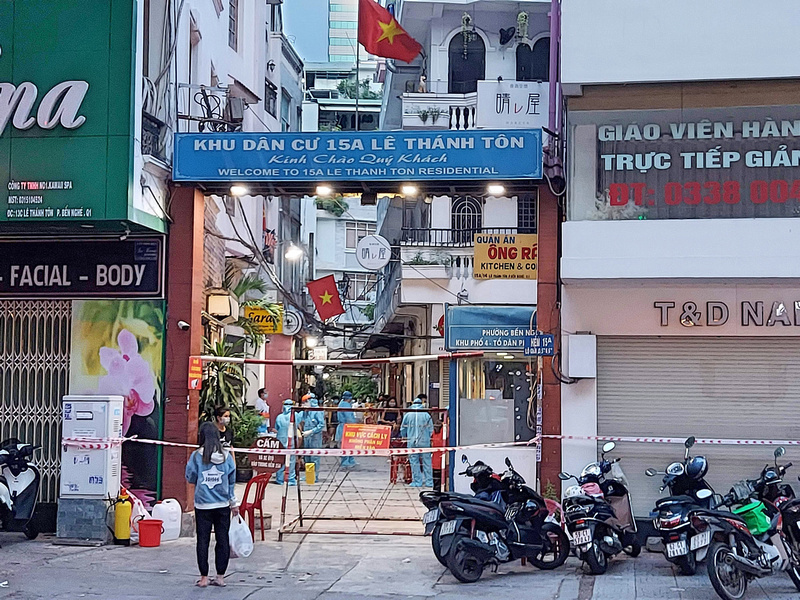 I live in an alley, and I know that I could wake up one day to find that my alley has been blocked off.

It’s been tiring, but I’m doing ok at least. I have work that I do at home and income. I feel bad for the people that have lost their job, and the many businesses that have closed down (who knows how many of those will be permanent closures).

I went to one of my favourite street vendors who serve what might be the world’s best bun thit nuong. It’s great to have something familiar, but something is lost when the food is eaten out of a styrofoam box. 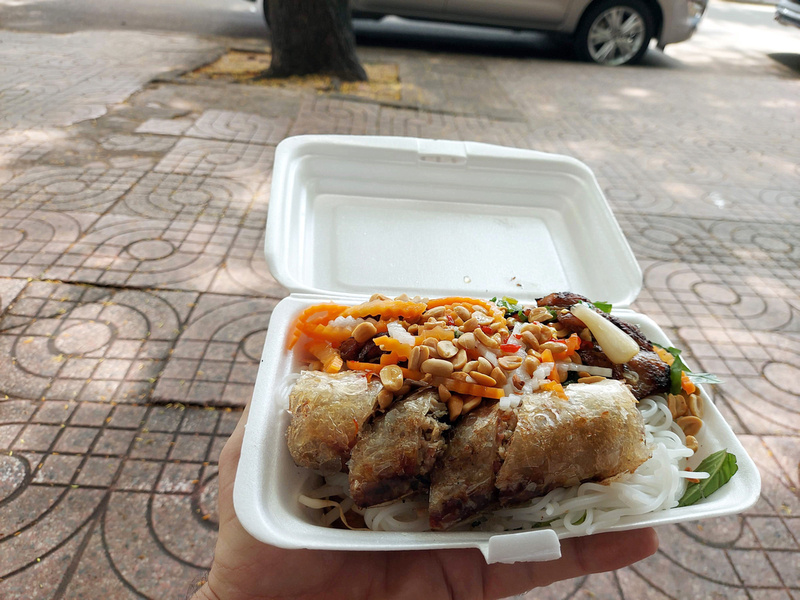 Near the bun thit nuong vendor, there is a group that gives out free lunch to those in need. I’ve seen this in a few different locations, where people are doing their best to help out in these difficult times. 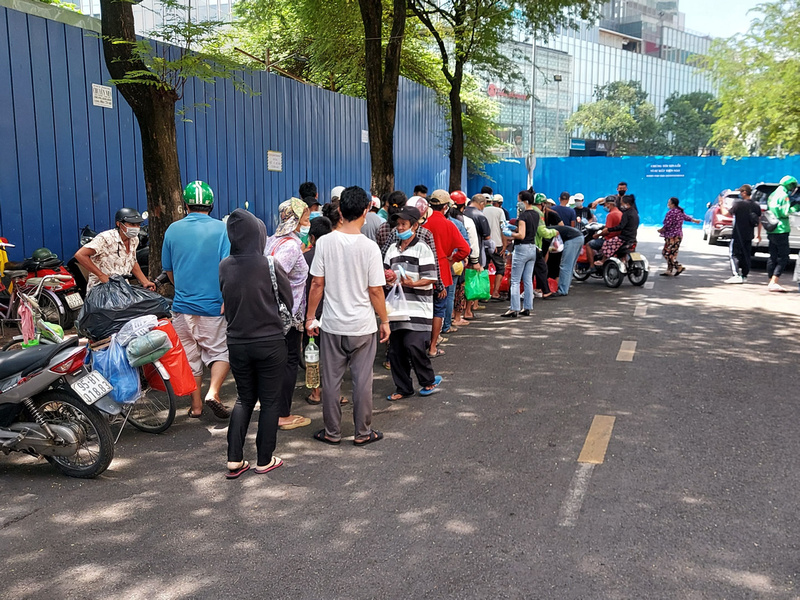 Even my landlord has been leaving me care packages by the door. 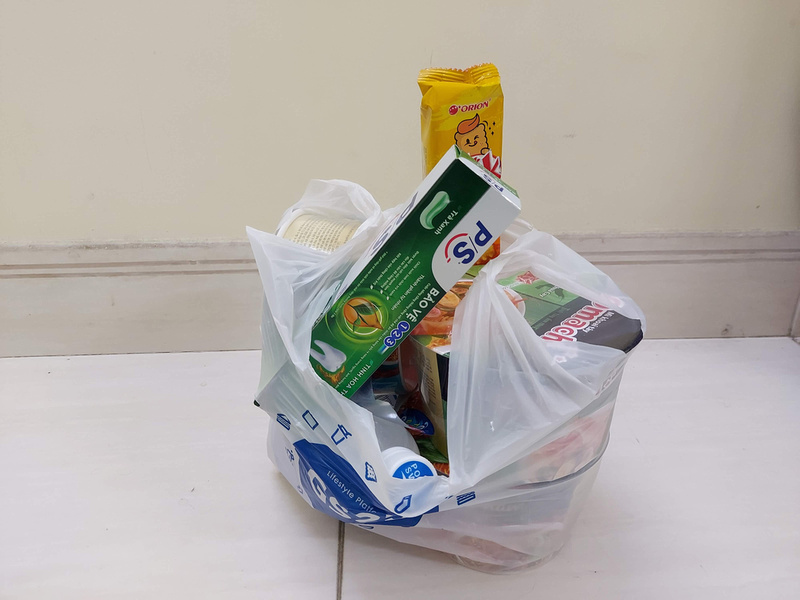 [Is that PS, your breath smells?]

During the last month, I’ve also had the looming possibility of my visa not being renewed. There has been a change in visa rules, which have admittedly been generous for tourist visa holders. The government has been giving free visa extensions for over a year, and that is now ending. I have been buying the 3-month visa, and now I’m told I will be reduced to monthly.

A lot of expats left last month after their visas weren’t renewed, and the expat groups on Facebook are filled with people selling stuff before they leave.

I am have been preparing travel plans for most of this year in case I have to leave. I have a shortlist of places to go, especially considering that my own country is still making it difficult for its own citizens to return.

The main problem here is that the vaccination rate is the lowest in ASEAN. 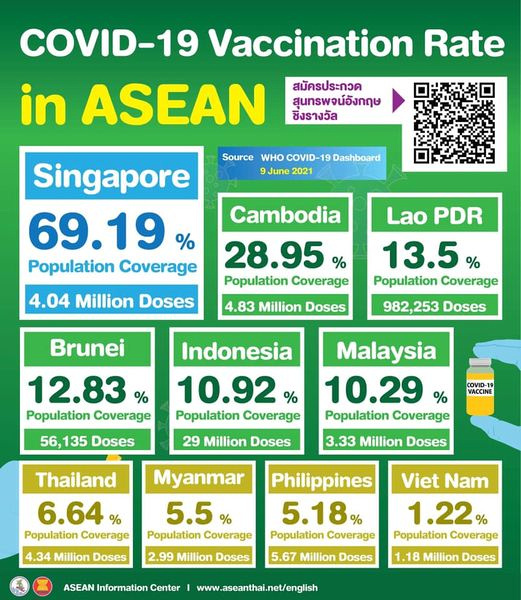 I would be more comfortable with the thought of travelling again once I can get vaccinated. Nearly 1 million doses arrived from Japan, most of which is going to HCMC. That is a start, and at least foreigners will be treated equally.

When I posted about visiting every province in Vietnam I had a feeling that my unrestricted travels might be coming to an end. I’m glad I got to travel through the lesser-visited provinces of the Mekong Delta earlier this year, and to visit Con Dao. I’m thinking this because a possible scenario is that I leave without getting to travel anywhere else. 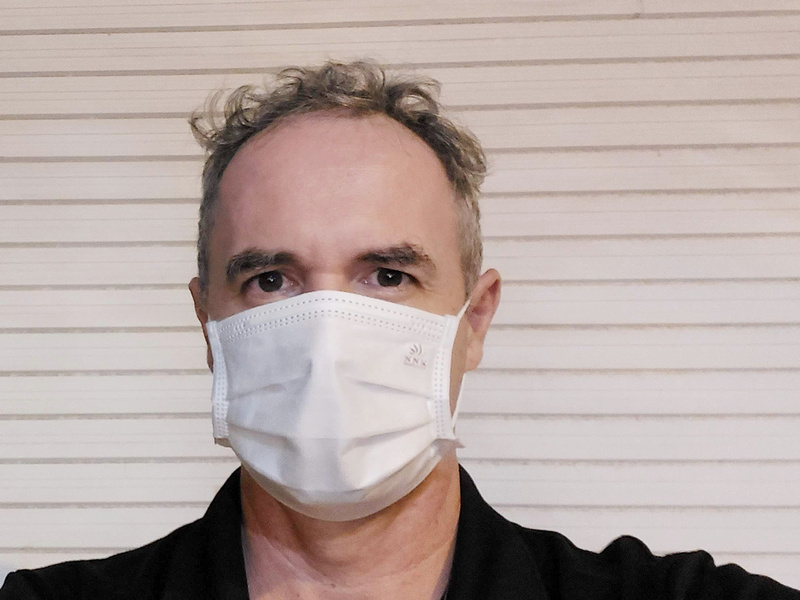 With this lack of travel, it’s time to start blogging about Saigon.