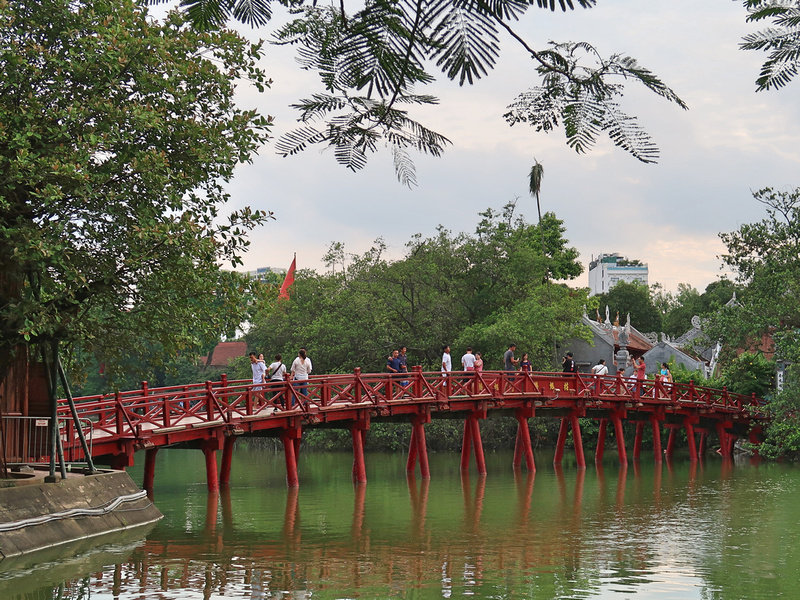 Greetings from Hanoi and another edition of Where I’m At – my monthly summary of where I’ve been and site news. Hanoi in July is probably not the best time to visit if you don’t like sticky heat, but apart from that I’m always happy to be back.

After a busy month of travel in May, I began the month in Saigon to continue working on my guides to the new urban areas of Ho Chi Minh City. It’s the rainy season, though most of the time it just rains for a short while in the afternoon. It does present challenges though when you are in a new urban area with nowhere to hide. I got caught in the rain while out on one of the sites, but somehow in Vietnam there is always a makeshift cafe nearby so I made a break for the temporary plastic roof.

Taipei is about 3.5 hours flight from Ho Chi Minh City, which puts it within range of A320/737 aircraft that are preferred by low cost airlines. Taipei is a city I want to get to know more, so I scheduled a trip. Unlike the rainy season in Southern Vietnam, when it rains here it rains all day. Fortunately there are enough interesting indoor things to do, and of course eating in Taipei is good no matter what the weather.

I’ve been to Taiwan twice before this visit, yet I had never been beyond Taipei. Hualien was my first place outside the capital, which is about 2.5 hours scenic train ride from Taipei. I had never read about Hualien before this trip, and not knowing anything about it was part of its charm. Sometimes its good to have a break in an everyday provincial city.

The east coast of Taiwan is where the mountains meet the sea, and just looking at the map you can see the small flat spots where cities are clinging to the coast. The mountains also make an impressive backdrop to the city.

While Hualien was worthy of a visit, the main reason tourists go there is to visit the nearby Taroko National Park. The park entrance is not far inland yet it becomes ridiculously mountainous as soon as you enter. There’s a good public transport system within the park, and lots of interesting walks to take. I will have a guide to Taroko in a later blog post.

Being based in Saigon I’m trying to visit new places in Vietnam, yet nearly halfway through the year I realised I hadn’t been anywhere new. I have a few new places planned, and this month I checked out Haiphong for the first time.

Haiphong is a port city in Northern Vietnam with a surprising amount of heritage buildings. I say surprising because Haiphong rarely features on “places to visit in Vietnam” listicles. A trip report is on the way.

Taman Negara – the ancient rainforest in the heart of Peninsula Malaysia