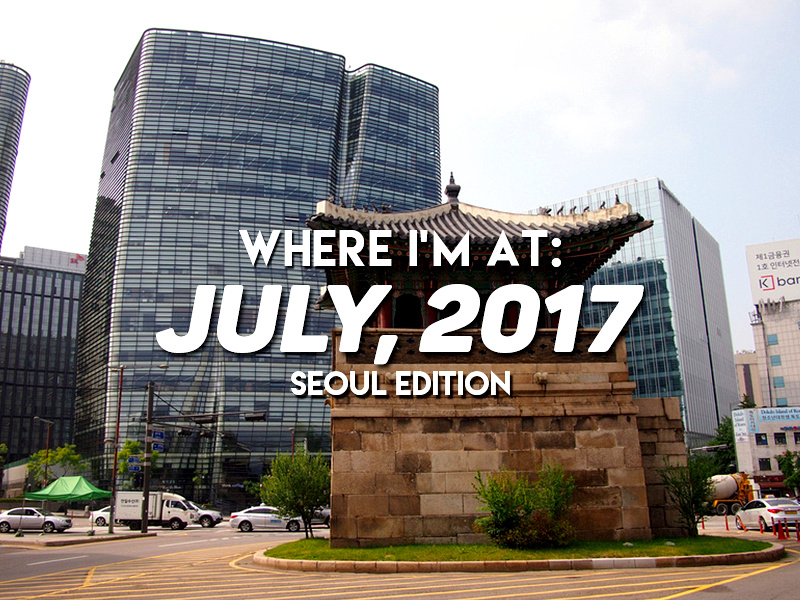 At the start of the month Seoul was not even a consideration. I was originally planning to travel to Sapa in Northern Vietnam, and then cross the border to China. I wanted to visited Kunming on the new railway that connects to the Vietnam border, and explore some of Yunnan Province. This was to be part of my future Southeast Asia railway research.

Once I started planning the trip, things weren’t working out in my favour. I couldn’t find any available tickets on the trains for the days I would be there, which was the main reason I wanted to go. I then went to get a Chinese visa in Saigon, and the queue at the consulate was out the door and down the street. Plus I only have one page in my passport left, and I read that might cause some trouble.

With my flight to Hanoi already booked, and needing to depart Vietnam a few days later before my visa expires, I booked a flight to Seoul instead. It turned out to be a good choice, and I will make another attempt for Sapa and Kunming another time.

I started the month in home base Saigon. My friend Kevin from themadtraveler.com visited during the month, who I cross paths with once a year. He has written several guide books, including some beer guides. I acted as tour guide and wove a path through the city to the new craft beer places that have proliferated across the city. As a non-drinker I have never been to these places, so it was interesting to see these modern establishments opening. I will post a link to his blog post once it is done. 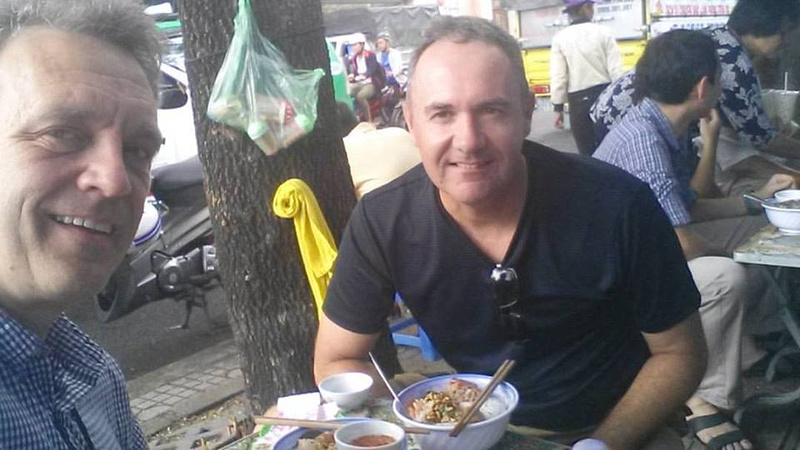 I’ve posted before about the changing face of Saigon, and every month there is more construction mayhem. I’m all for a new metro line, but it’s taking a toll of the look of the old city area. If you haven’t been to Saigon, see it soon before the central area loses more of its colonial-era heritage.

This month the big trees on Le Loi were cut down. These were perhaps the grandest trees of any major city in Southeast Asia. 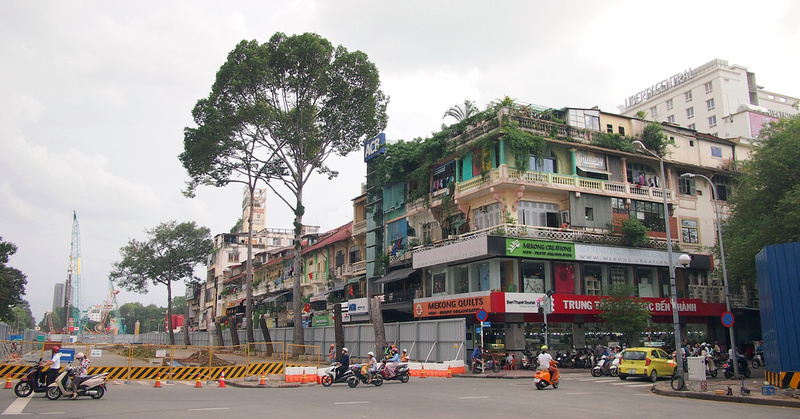 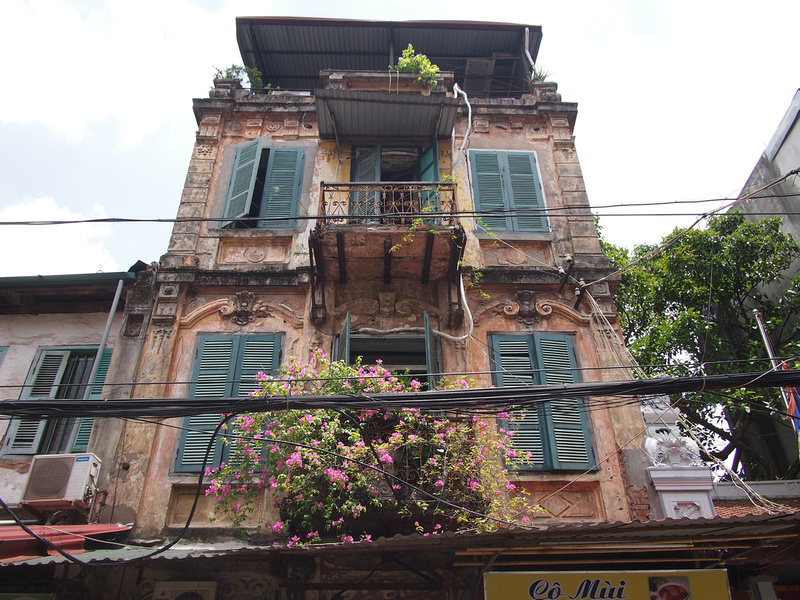 My original plan was to arrive in Hanoi and get the train to Sapa the next day. With my new travel plan I would only of had half a day in Sapa before flying out, so I opted to spend a few days in Hanoi. Not a bad choice as I always enjoy returning. I think hanoi is the most interesting capital city in Southeast Asia. I haven’t been to Naypyidaw but I’m going to call this one and say Hanoi is the better option.

When I arrived at Hanoi I still had mobile credit on my Vietnamese sim card. The natural reaction for me is to break out my mobile phone and scroll through my social media. Instead of doing that I made a point to observe the journey into the city from the airport. I think that is good for any city you are unfamiliar with, and to notice any landmarks or potential things to see. In this case we drove by a restaurant that looked busy so I noted it down. It turned out to be Bun Bo Nam Bo, which I had never had before and it was amazing. 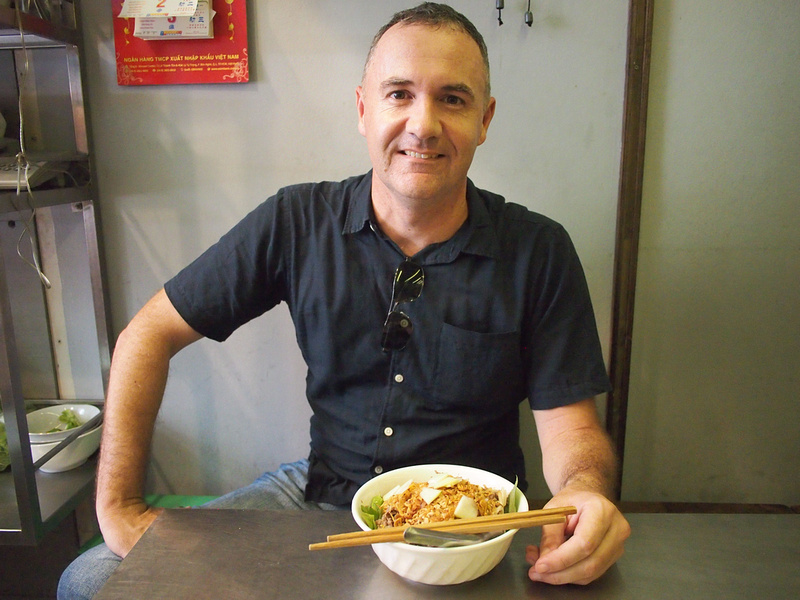 I always thought I would visit South Korea enroute to somewhere else. Incheon airport is a popular hub for long haul flights to the US, yet the right flight deal never came my way. That, and I haven’t been to the US in years.

It’s been over a year since I’ve last visited a new country, so when it came time to do a visa run from Vietnam I figured now is the time to visit. I was especially looking forward to visiting a new country after not being able to travel for half of last year due to my back injury.

There are about a dozen flights a day from Hanoi to Seoul, most of which are overnight (especially the cheap flights). My flight was from 1.45am to 7.55am. A four hour flight with no chance of sleep, so I resigned myself to being a zombie upon arrival. (Speaking of zombies and South Korea, check out Train to Busan, which is a zombie movie set on a train from Seoul to Busan.)

I arrived at Incheon at 8am and found myself in awe of the magnificent infrastructure of the airport and the railway station. It’s a vast difference between Southeast and East Asian infrastructure.

There’s a lot to be said for having a well-run airport to make a favourable first impression. Incheon and Singapore Changi consistently dominate the world airport rankings as best airport in the world. With Changi better placed for flights to Australia I have been there many times, but I have never even transited through Incheon before.

The airport is modern and efficient, and depending on which gate you arrive at you will get plenty of opportunity to stretch you legs after a long flight. I arrived at immigration and there was no one in the queue in front of me, which compares with my usual Changi experience. I went to the toilet and by the time I returned my bag was there. I get why there is so much love for Incheon.

My flight arrived early, so rather than get on the train to the city I lingered for an hour at a cafe to let the rush hour subside. I also wanted to see what makes Incheon so special and have a look around.

One thing I noticed about the airport is how much brand Korea is promoted here. Usually airports will promote a regional destination or things the country is famous for. Here, prominent Korean businesses loom large. I was pondering this while having a coffee at Tous Les Jours, which I never realised is South Korean. There are several cafe brands from South Korea that are established across Southeast Asia. Of course the big brand of South Korea is Samsung, which is advertised everywhere. 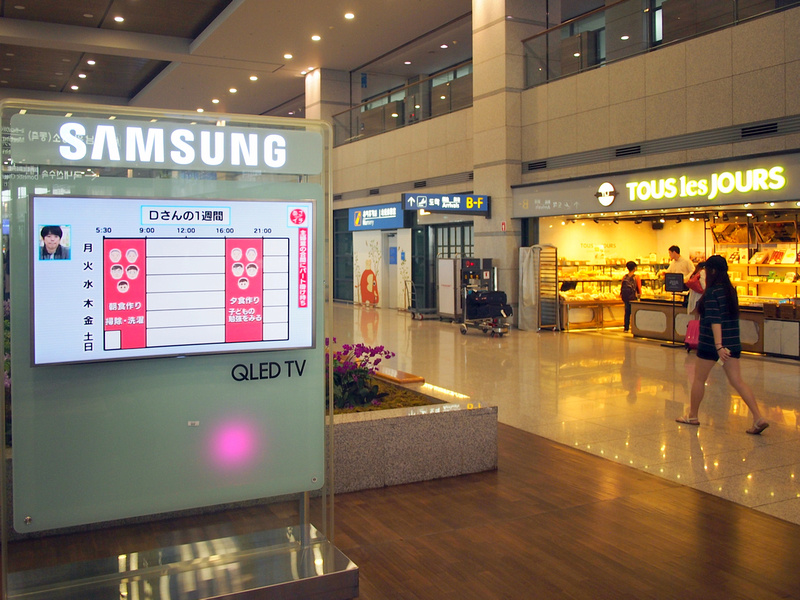 I opted to get the fast train to see how it compares with other fast trains around the world. At the station I was having infrastructure envy in comparison to my home city (Melbourne) and adopted home city (Saigon).

I arrived woefully underprepared for visiting places to eat, but fortunately finding good food doesn’t seem to be a problem here. This was my first meal in South Korea (not counting the airport bakery item) which made me happy to be here. 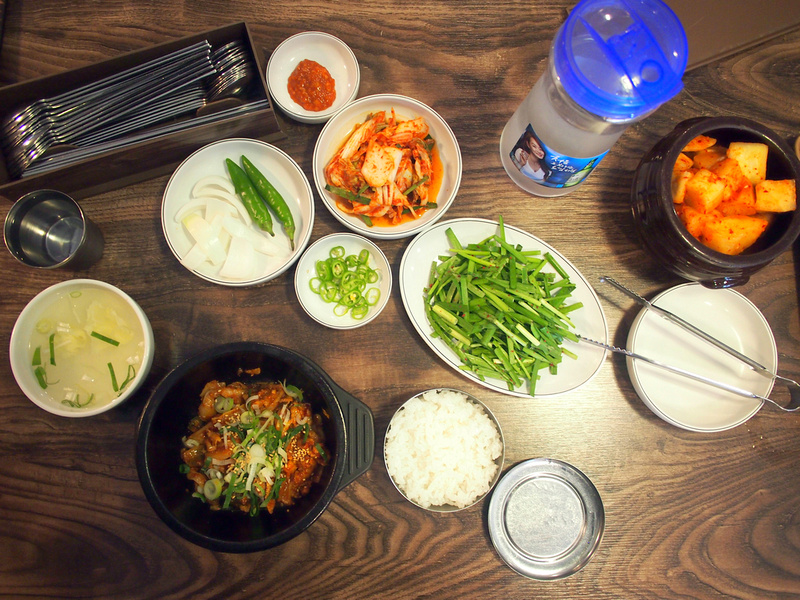 There are 25 million people living in Greater Seoul, making it the 16th biggest city in the world. It’s an enormous city and I didn’t really know where to stay for the first time. I lucked out though and booked a guesthouse near the Cheonggyecheon Stream. This stream was paved over and had an elevated freeway built over it in the 1960’s. The freeway has since been demolished and the stream reinstated as an urban walkway in 2005. This urban renewal project is over 10km long, and walking along it was an ideal introduction to this modern city. 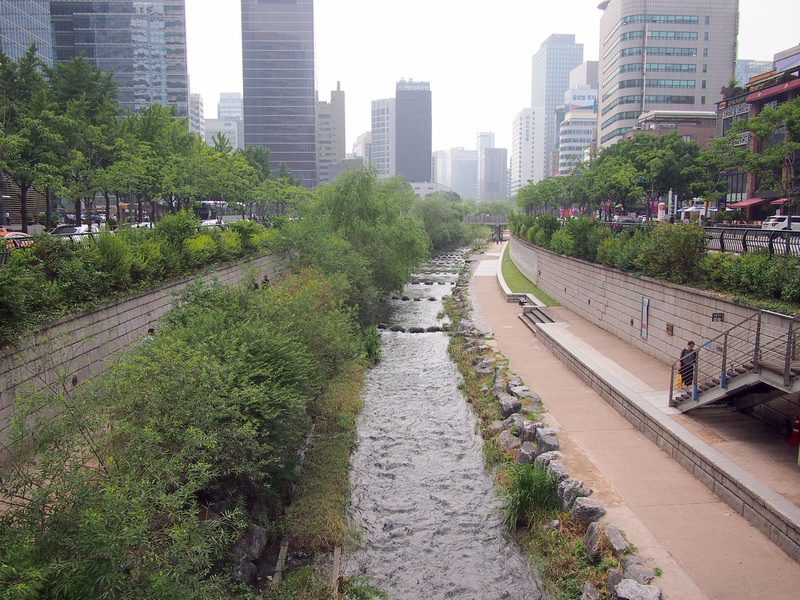 I’m staying in three different neighbourhoods over eight nights to give myself a taste of different areas. I will be focusing on cafe culture, and urban regeneration projects around the city. If you have any tips let me know in the comments!

I’ve decided to go back to a weekly newsletter schedule, so if you haven’t already then sign up for the newsletter. I publish latest posts from Nomadic Notes, and the best travel and location independent articles from around the web.

While I was in Hanoi I visit Bun Cha Obama – the restaurant that Obama and Bourdain ate at in Hanoi.

I’ve updated the Kuala Lumpur Cafes list, incase you are looking for good places to work.