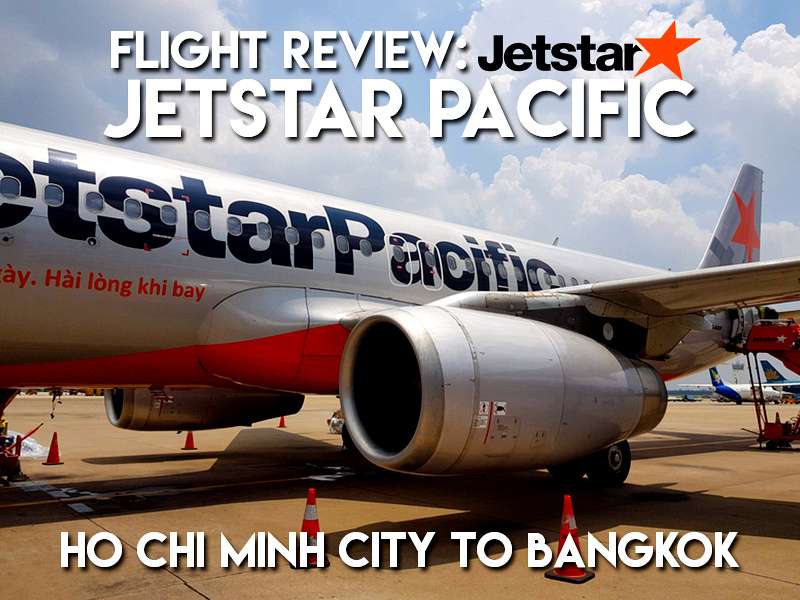 I flew with Jetstar Pacific from Ho Chi Minh City to Bangkok. I compared flights with Skyscanner as there are numerous options on this route. Ultimately I was looking for a cheap flight for a midday flight to BKK (not DMK) airport, and Jetstar had the most suitable option.

I last flew with the Jetstar brand from Melbourne, and I have flown from Bangkok to Saigon before, so I knew what to expect. 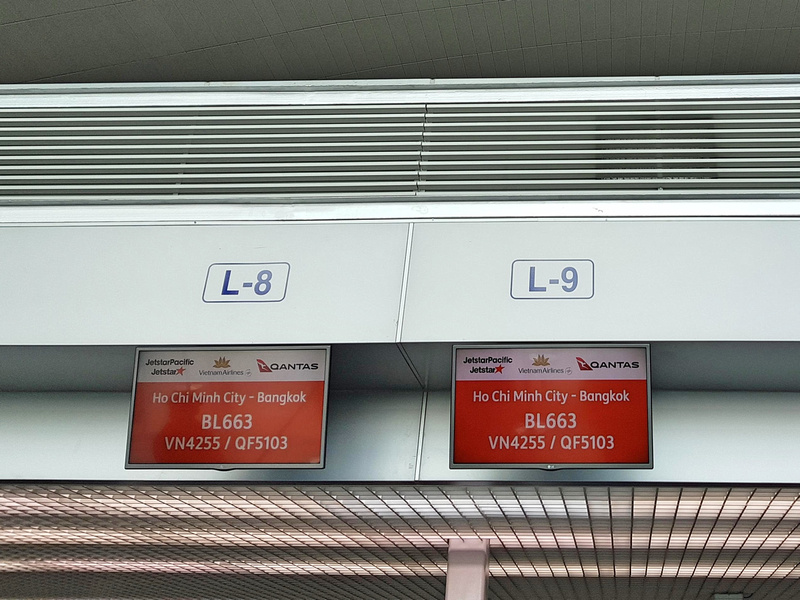 I didn’t check in online as I always seem to get the middle seat. I got there early to get a decent seat. 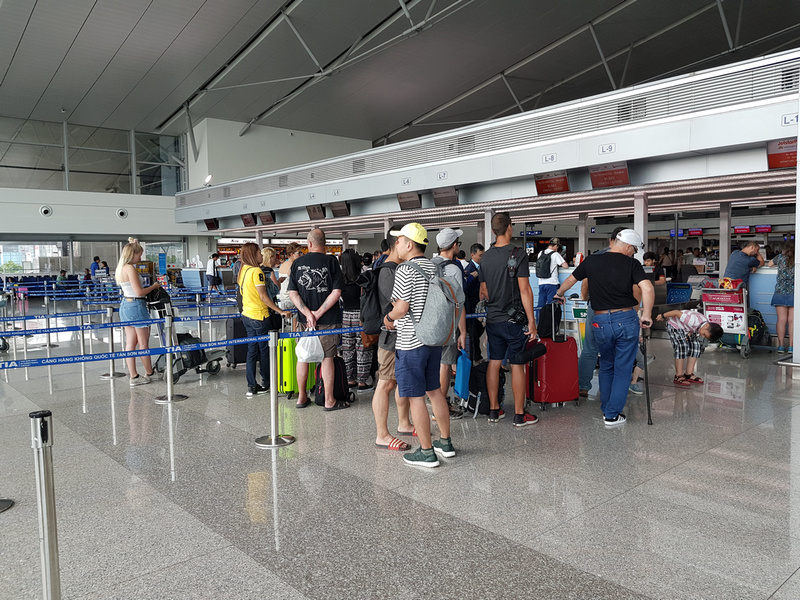 Tan Son Nhat airport is going through another extension, but it wasn’t disrupting flights or check-in. 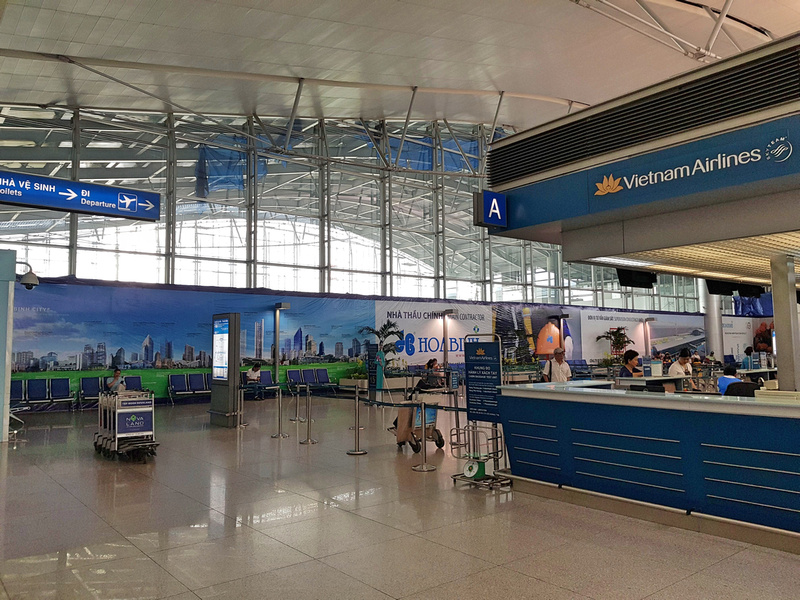 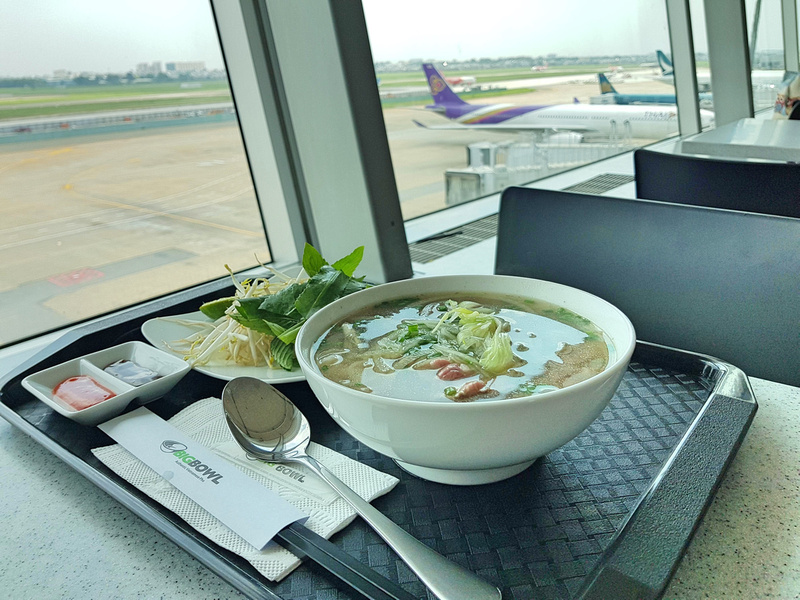 Ahh Gate 14, down into the dungeon where you get the bus to the plane. 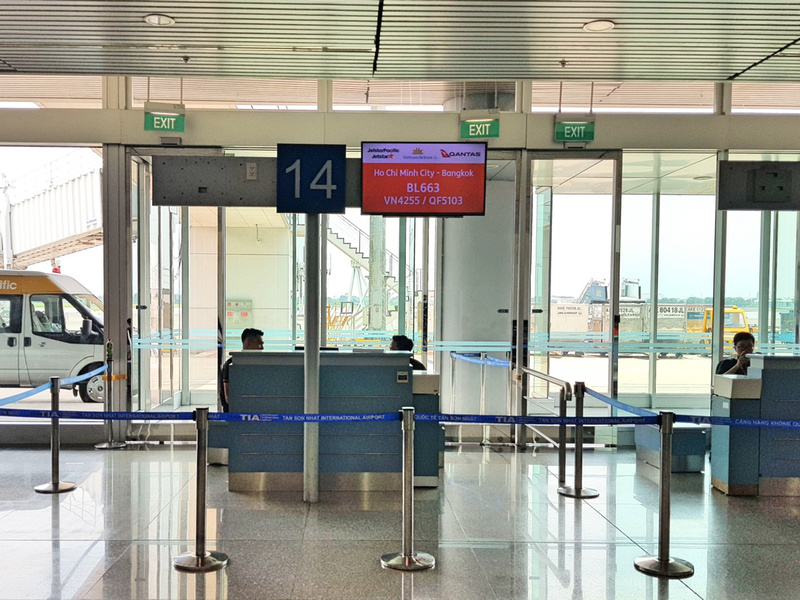 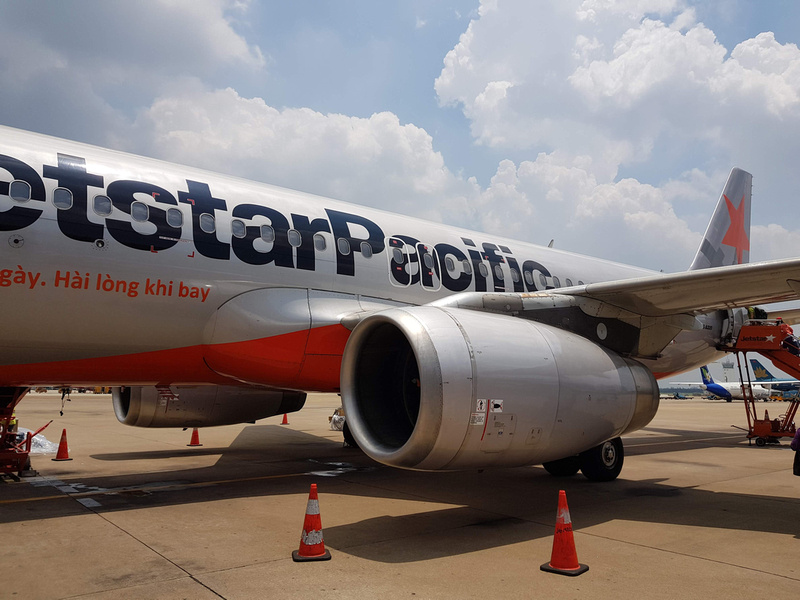 JetstarPacific – the inflight magazine for Jetstar Pacific. The magazine is mostly in Vietnamese. 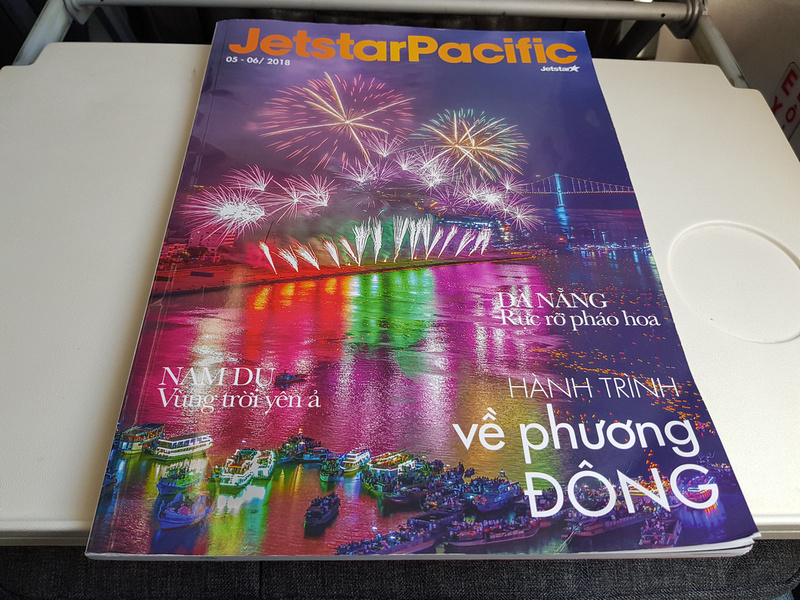 The route maps show the Jetstar Pacific routes, as well as all the other Jetstar-branded flights in Asia and Australia. 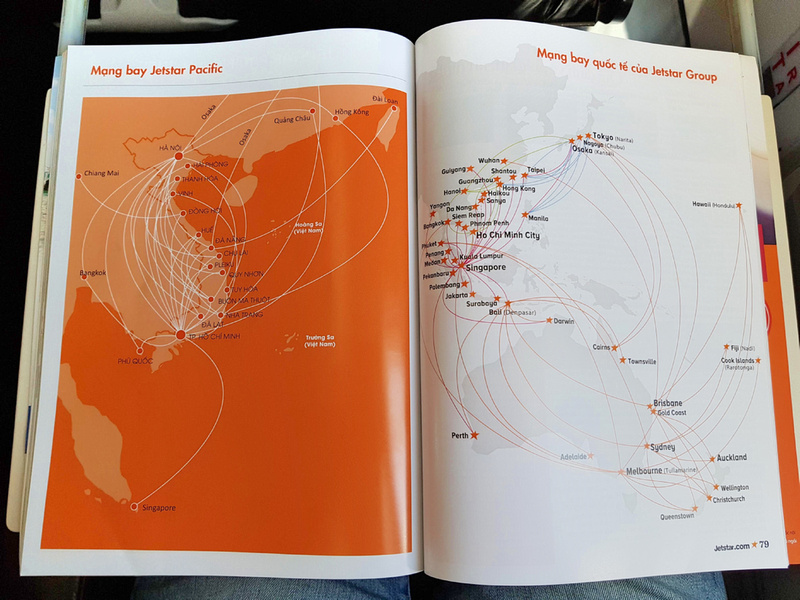 There is no free meal service. If you want a meal you can pre-order at a discount when you book, or buy onboard. 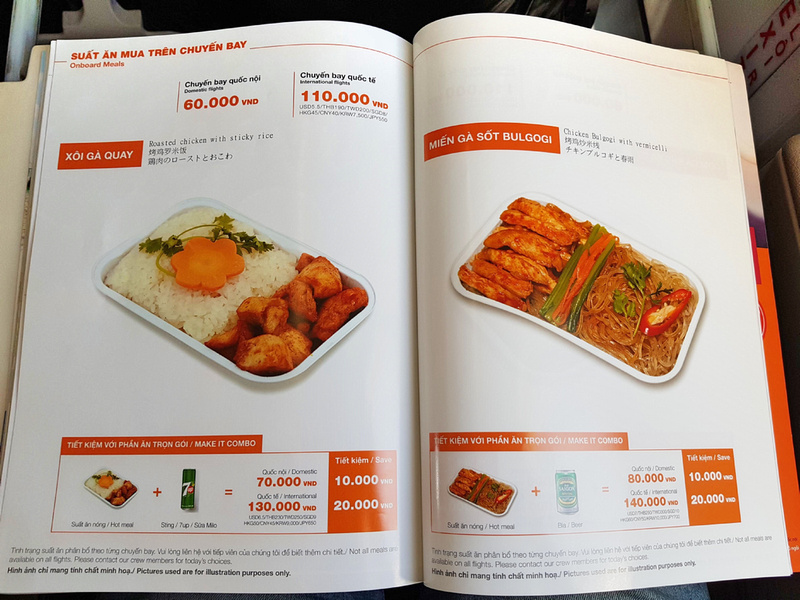 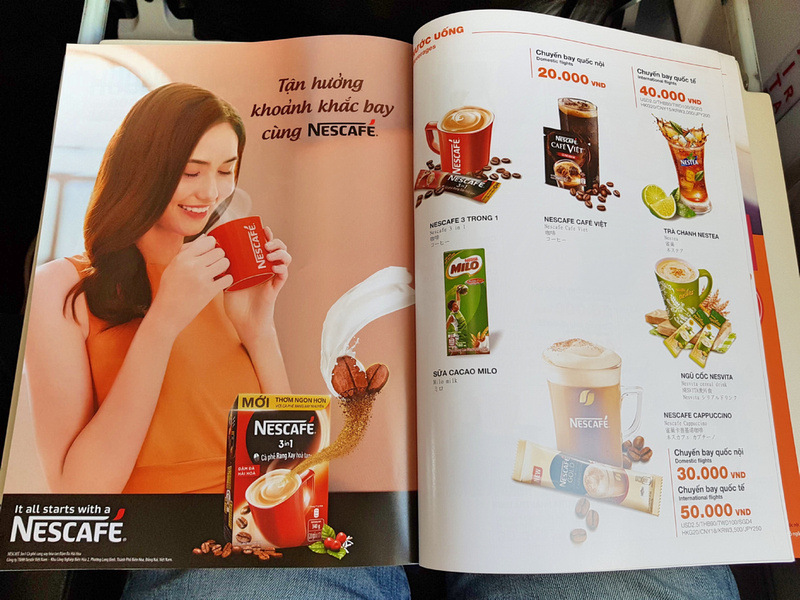 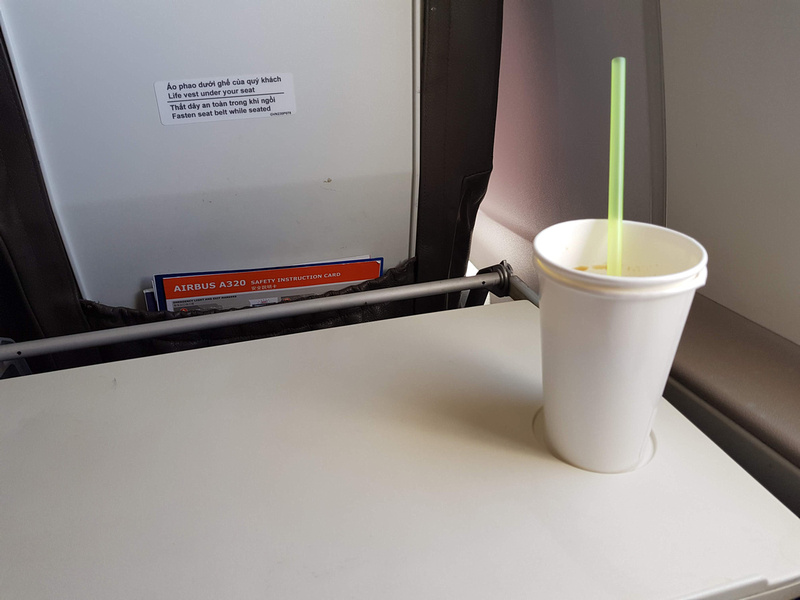 For short-haul flights I always try and get a window seat. Flying into Bangkok can be quite a spectacle, though todays flight I had a dirty window. 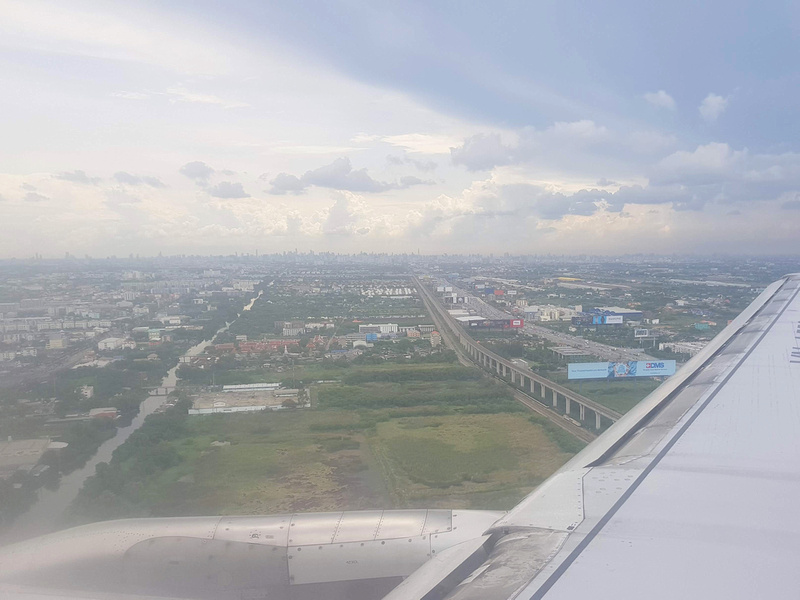 The last few times I’ve flown to BKK I’ve been greeted with a sea of passengers waiting to get through immigration. I figured if I go during the day the crowds may not be as bad as the morning or evening peaks. Fortunately there was only a small crowd, and there were three people in front of me at immigration. 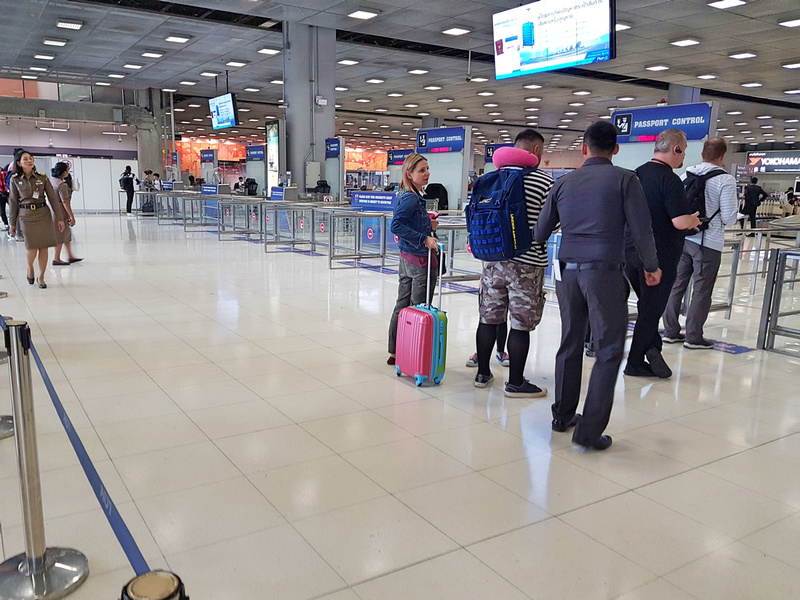 Overall this was a good option to fly to Bangkok.