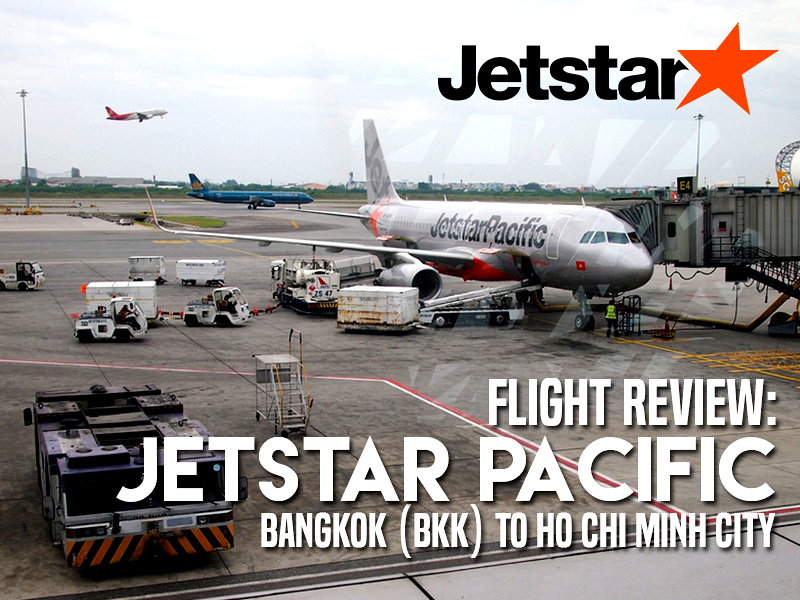 I flew with Jetstar Pacific from Bangkok to Saigon. I compared flights with Skyscanner

I took the same flight almost two years ago, and Bangkok-Saigon has become one of my most travelled routes. There are a number of low cost airlines plying this route, in addition to the traditional flag-carriers of Thai Airways and Vietjet. With so many flights its easy enough to find a cheap flight even a couple of weeks before flying. In this case my flight was 2199 THB ($67 USD).

I picked Jetstar for this flight as they operate out of Suvarnabhumi Airport (BKK), which I prefer to fly out of. I checked in at the airport and was able to request an A-side window seat. This will give you the best view of Saigon when flying in (except for the rare days when they change the flight direction at SGN). 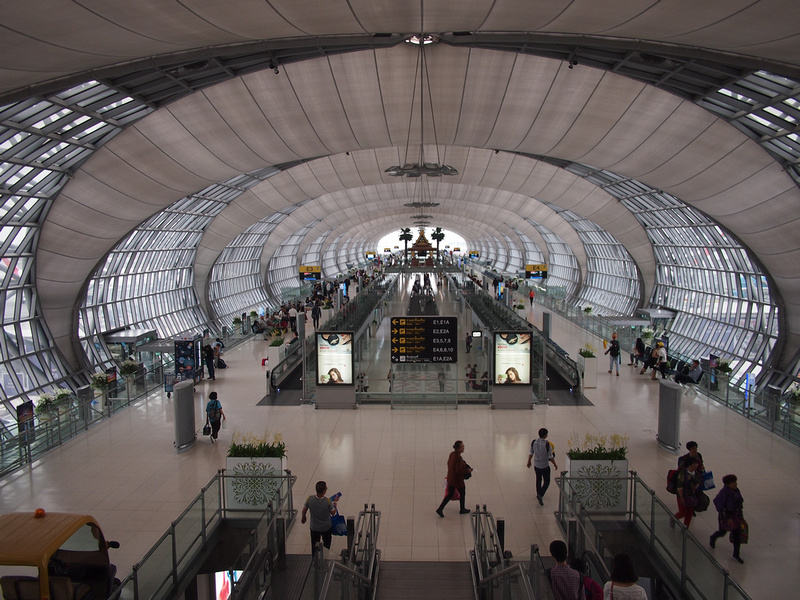 My Jetstar flight with the alternative of Vietnam Airlines cruising behind. Vietjet also fly from BKK around the same time. 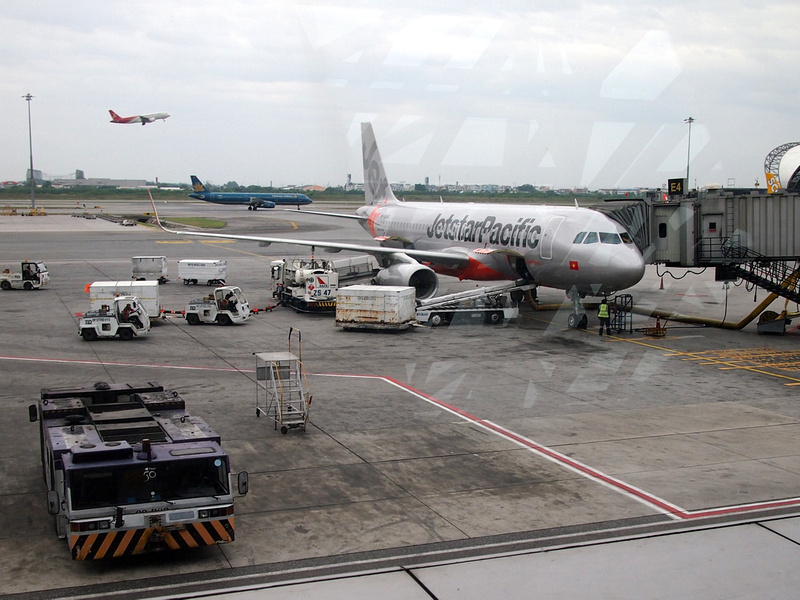 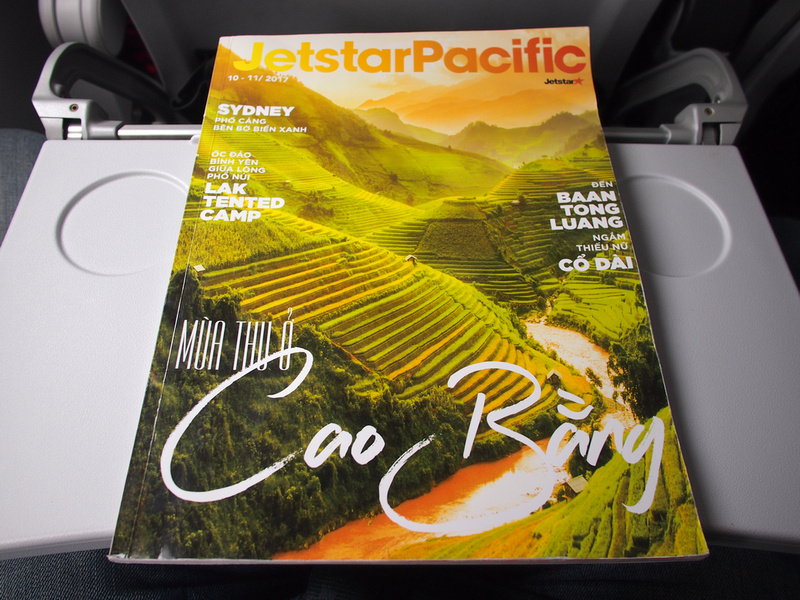 At the time of my flight Vietnam Airlines owned a 70% stake in Jetstar Pacific, thus the co-branded route map in the inflight magazine. The other 30% is held by Qantas Group, but you don’t earn points on either Sky Team or One World frequent flyer programs. 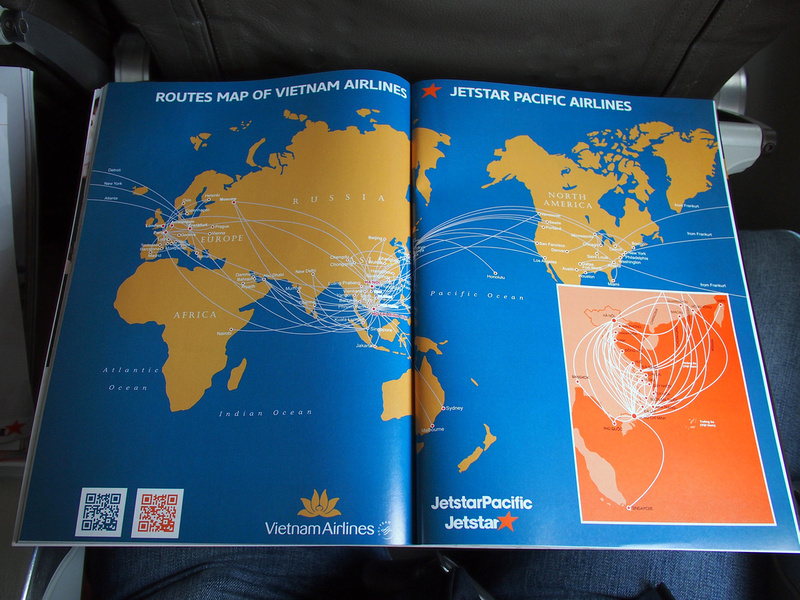 Similar to AirAsia, Jetstar have different Jetstar brands so they can operate in different countries. This is the route map for all the Jetstar Pacific flights from Vietnam. 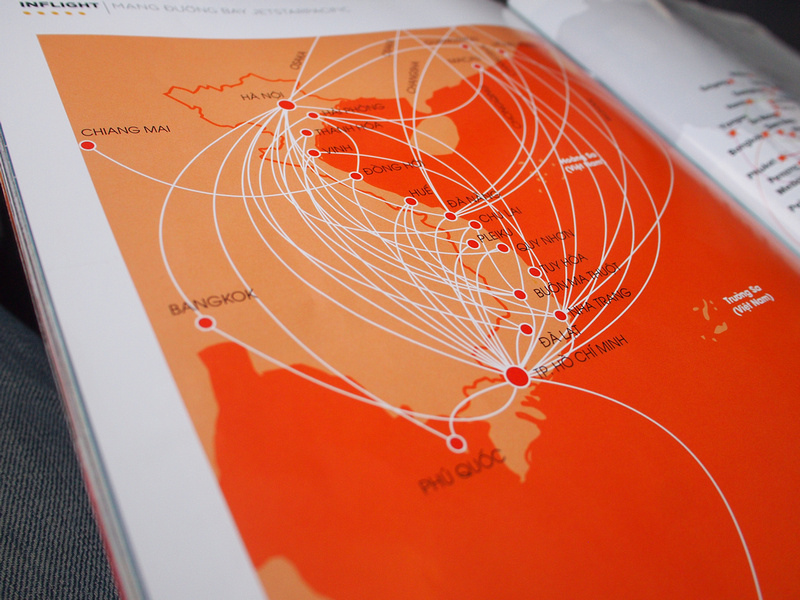 Flying time is about 90 minutes, so I never order food for short flights. 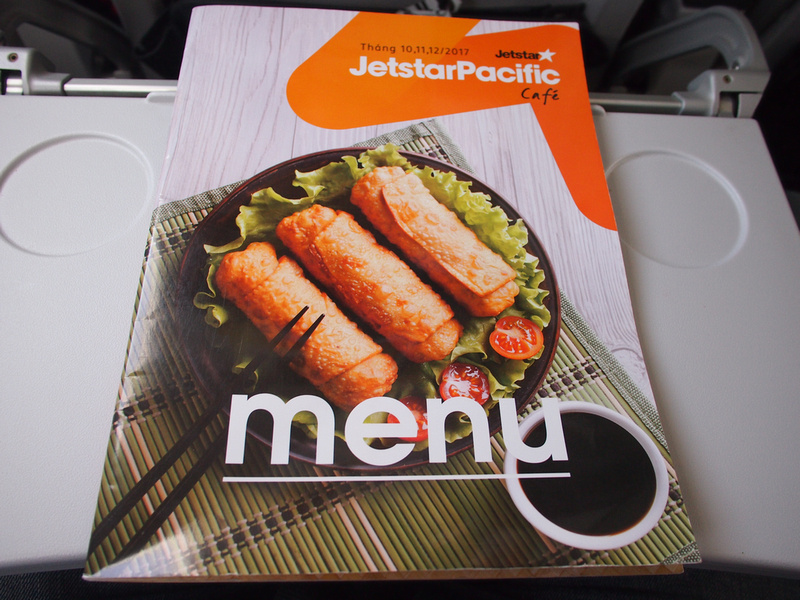 The option is there is you need it, with hot meals from $7 USD, or you can order before flying for a discount. 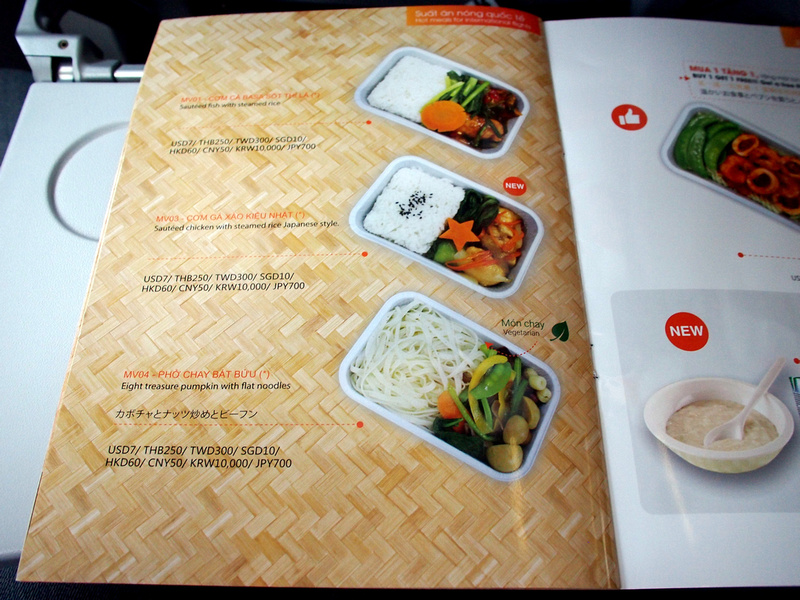 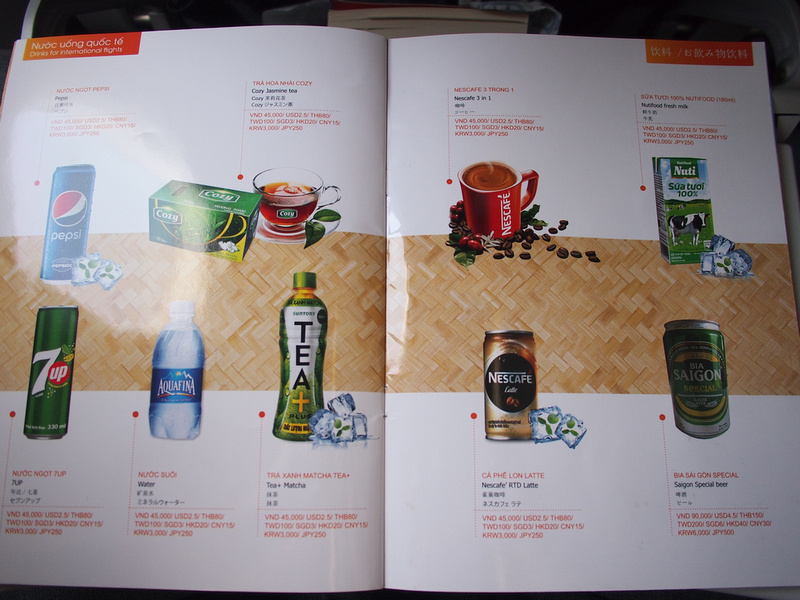 I was in seat 3A so I had an excellent view of the city. Flying in from Bangkok the aircraft did a full circle of the city to get into the landing path. Here is a perfect view of the meandering Saigon River as it empties into the Soai Rap River. 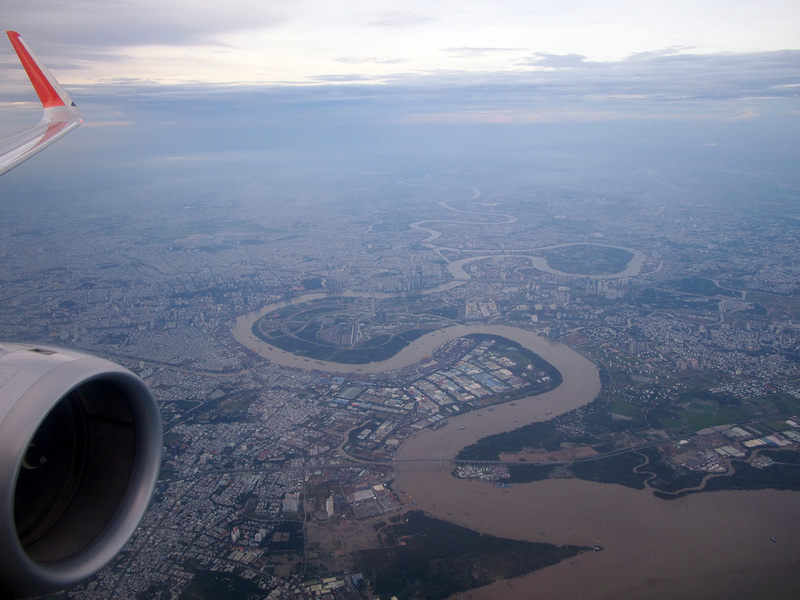 And we arrive in Saigon, where we disembark on the tarmac due to lack of airbridges at the crowded Ton Son Nhat airport. 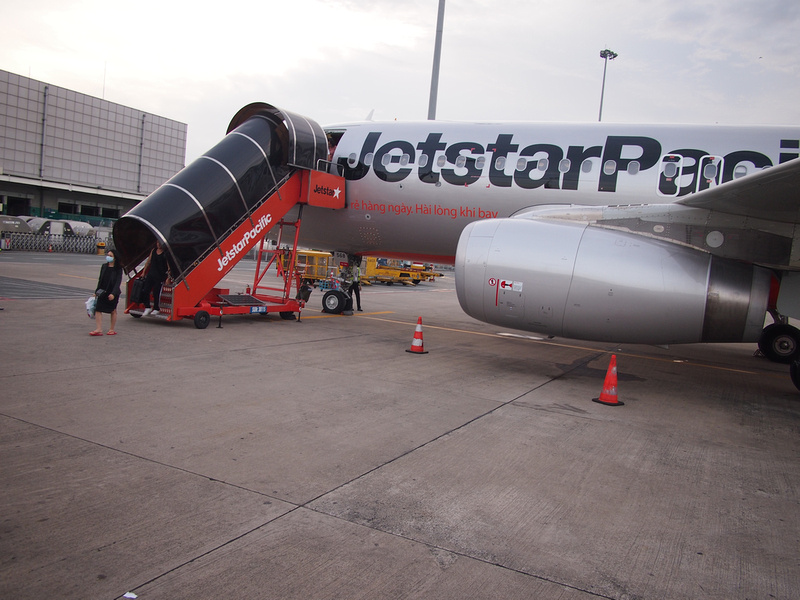