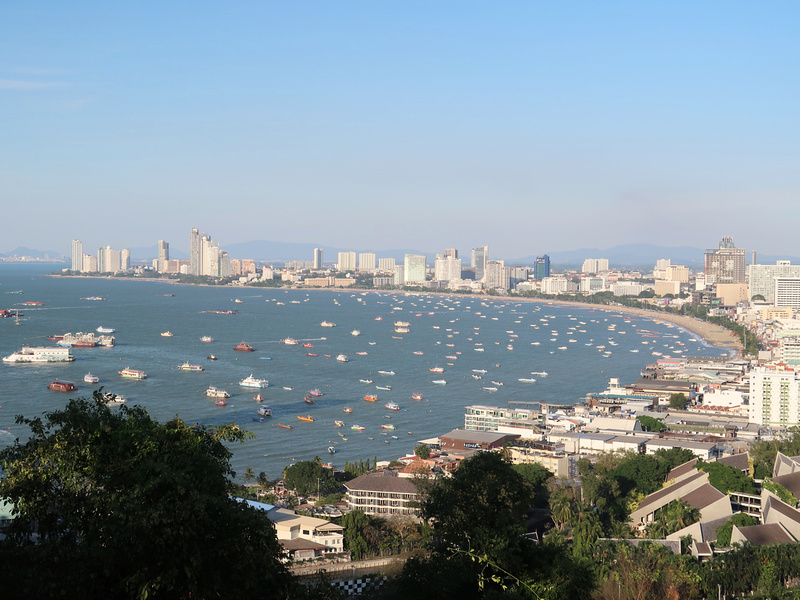 Greetings from Pattaya and happy new year! Hope you all have a great 2019.

Where I’m At is my monthly summary of where I’ve been and other site news. I had a busy travel month, and the more I travel the less I write, so more in-depth articles will be posted later.

An old beauty in District 5, Saigon.

I started December in Saigon where I was mainly working for the first half of the month. As with the last few years, Saigon was my main home base for 2018. It’s been a good place for me to live and report on developments in the region. I always like to reassess where to base myself every year, and at this point I’ll be based here through 2019.

Hoi An doing its usual thing of being as charming as ever.

After sitting out one of the wettest days on record in Saigon the month before, I arrived in Hoi An a day after floods hit central Vietnam. Parts of Da Nang were flooded, along with some streets in Hoi An. It just so happened that the street near where I was staying was still flooded. 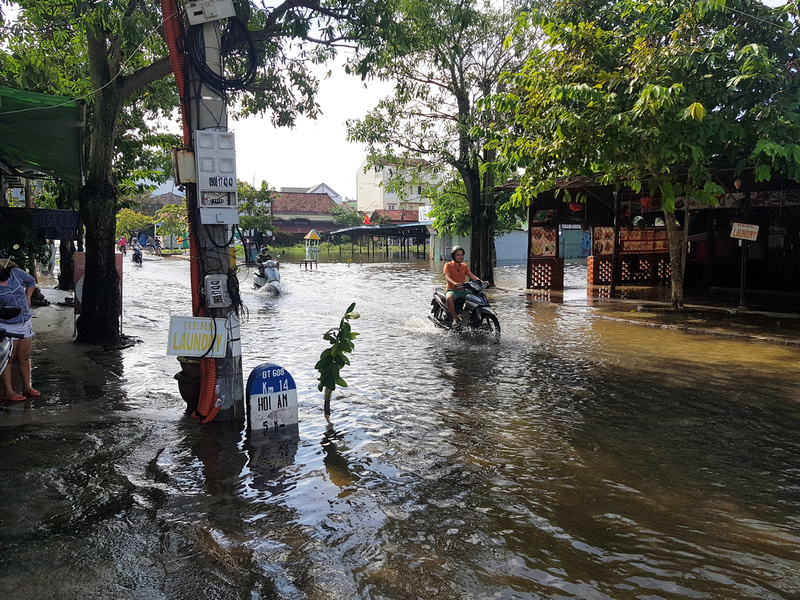 I was in Hoi An mainly to visit some sites outside of the city, so for this trip I stayed on the beach outside the city and hired a motorbike to get around.

When in Hoi An I can’t resist Bánh Mi Phương – made famous by Anthony Bourdain. It was the first time I’ve visited since his death, and they now have his face on the paper wrapping.

The new high-speed railway station in Hong Kong also doubles as a park. You can go on the roof and get a great view of the harbour.

My visa run city selection usually comes down to finding the best flight to a short list of destinations I want to visit. For this trip I saw there was an airfare sale on at HK Express, which is a low cost airline from Hong Kong. They fly to Da Nang and Nha Trang, so I booked a flight out of Da Nang. My mission for Hong Kong was to visit the new Hong Kong West Kowloon railway station and cross the Hong Kong-Zhuhai-Macao Bridge (the world’s longest sea bridge).

The new transport terminal in Hong Kong for the Hong Kong-Zhuhai-Macao bridge. The bridge (and tunnel) is 55-kilometres long, making it the longest bridge in the world. I will blog about in on nomadicnotes.com.

Chiang Mai in December has the most ideal weather. I'm in Thailand for 2 weeks, visiting some new places in between old favourites.

I wanted to spend Christmas and New Year in Thailand, and with a direct flight from Macau to Chiang Mai that was an easy choice. I’ve spent December in Chiang Mai a few times before, and it’s as close to perfect weather as you can get. I also like spending the festive season in Thailand. The shops and malls have Christmas decorations, so they do indeed know it’s Christmas. It’s not a holiday though, so it’s business as usual on Christmas day. I was in a mall on Christmas day, marvelling that everything is open, and in the evening met some friends for an informal Christmas get together.

Pai is like what The Shire would look like if it was in Thailand, but with hippies instead of hobbits.

Pai is a small town in the mountains northwest of Chiang Mai. It takes about two and half hours to get there, most of which is on winding roads. It’s hard work getting there, but once you do it’s worth it. Pai is in a valley and there is a picturesque river that goes through the town. I can see how people get stuck here, and not just because of the difficult drive back. Trip report coming soon!

The road from Chiang Mai to Pai was just a warm-up compared to the road from Pai to Mae Hong Son. All I knew about Mae Hong Son was the eponymous loop that’s world-famous among motorcyclists. There are so many twists and turns on the road here that it is apparently a motorcyclists dream. For passengers in minivans it’s more of a nightmare.

I didn’t do any research about the town so I was pleasantly surprised to find how nice it was. There are two wats by a little lake in the middle of town, and at night there is a food market by the lake. It’s just a really good place to chill out.

Bangkok as viewed from the @kingpowermahanakhon tower, 314 metres above ground. What a great city.

I got the train from Chiang Mai to Bangkok to update my Southeast Asia rail resources page. In Bangkok I visited I visited some projects listed on Future Bangkok that have since been finished. I also went up the King Power Mahanakhon Tower (the tallest building in Bangkok).

The last few years I’ve spent New Years Eve on a beach as I like to see the new year in by the sea. I was thinking of going to the deep south of Thailand, but I only have a few days to spare in this trip. Instead I went to Pattaya, which is an hour and 45 minutes by bus from Bangkok.

My original plan was to get the train to Pattaya. It only runs once a day, and I turned up in the morning to find out the tickets were sold out. From the train station I went to the bus stop to get the bus instead. After that travel fail I arrived at Jomtien Beach (south of Pattaya) to discover that my guest house I booked had closed down with no notification. I went to a nearby cafe and made a last minute booking for another place, and Agoda refunded my original booking later that day. Given that it was the new years weekend I was lucky to find any decent.

Pattaya is probably not the first choice a non-drinker would spend NYE, but I usually see out the new year from my room anyway. New years is what us former drinkers call amateur night, where once-a-year drinkers are out in force.

I came to Pattaya to have a boots-on-the-ground look at property developments for livinginasia.co, and to see how the proposed fast railway connection to Bangkok will look. It will basically turn Pattaya into a suburb of Bangkok. I’ll have posts about Pattaya coming soon.