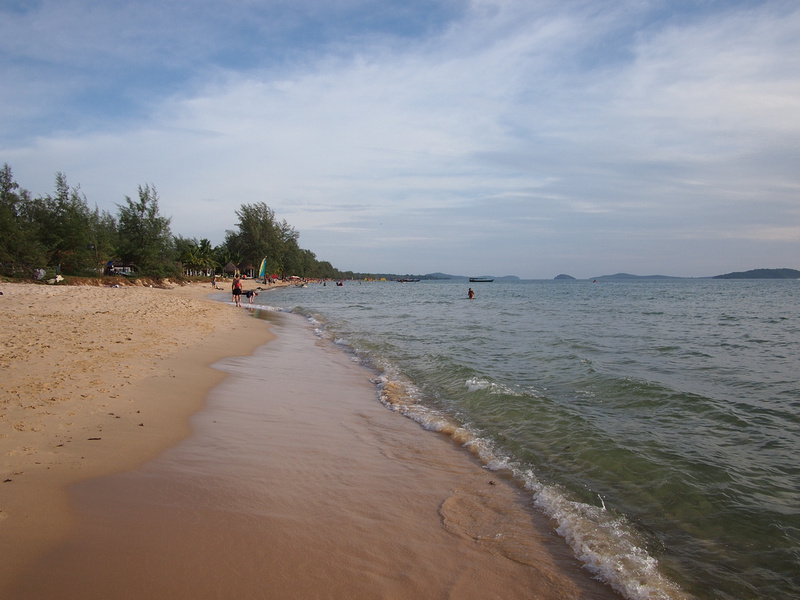 Ahh Hanoi. Every time I go back I’m amazed at what a great city it is. I still prefer living in Saigon, but Hanoi is certainly the most interesting capital city for urban exploration in Southeast Asia. There is nothing else like it.

I was in Hanoi at the start of the month to attend a railway conference related to my Southeast Asia map project, and then I stayed until my next project. I got lucky with some late autumn warm weather which was ideal for wandering around. I hope to go back again in 2018 for more rail-related stories, including Sapa and Yunnan Province in China.

I went to Macau as part of a media trip on behalf of AirAsia. I’ve been to Macau before and it’s amazing to see how much it has grown. I liken it to a cross between Lisbon and Las Vegas. The UNESCO World Heritage old town is still a delight to wander around, which gives it a more cultural edge over Las Vegas. Even though it has long since surpassed Vegas in gambling revenue turnover, it still has a long way to go for non-gambling entertainment that Vegas is so good at.

I went to some of the casinos to have a look and perhaps have a bet. I went prepared to lose $100 just for the hell of it, but once I put in 100 HKD ($12.80 USD) I was already thinking what a dumb idea it is to gamble at a casino. All those big buildings and bright lights didn’t get there by giving away all their money. It never used to bother me, but now I prefer to spend that money on business ideas.

The trip to Hanoi/Macau was six nights in total. I would actually like to do more trips like that where I visit a place and then return to a home base. 10-14 days is the optimal trip length, rather than travel for months at a time. I got back to my rented room in Saigon with all of my stuff there and ready to start work again. I also go back to my back specialist to keep my back in check.

Having spent the last few New Year’s Eves in Vietnam I figured to was time to go somewhere else. There is a new flight service by Vietjet to Phnom Penh which was on sale. I wanted to spend New Year’s by the beach, so Phnom Penh was a bonus stop on the way.

Like Saigon, Phnom Penh is evolving rapidly so it’s interesting to come back and see the new developments. Going to Phnom Penh also gave me the the chance to try out the Phnom Penh to Sihanoukville railway service. It only runs on the weekend so I had a few days in Phnom Penh while waiting for the train. I’ll have a post about Phnom Penh and the train later in the month.

My first visit to Otres was in 2012 and I loved it. Since then I had heard it was being cleared for redevelopment. While Sihanoukville is being redeveloped at a rapid pace, the Otres Beach end remains relatively unscathed.

I came here to see in the new year on a beach, and do an end of year review. As a non-drinker I’m not into the parties this night brings. New Year’s Eve is known among my sober friends as “amateur night”. It’s when lots of once a year drinkers are out in force, I really don’t like the energy. What I do enjoy is the ritual of looking back over the year and seeing what was accomplished, and what can be done better for the year ahead, and plot out some BHAGs.

Crazy Jump Macau Tower – Bungy jumpers in costume at the highest commercial skyjump in the world.