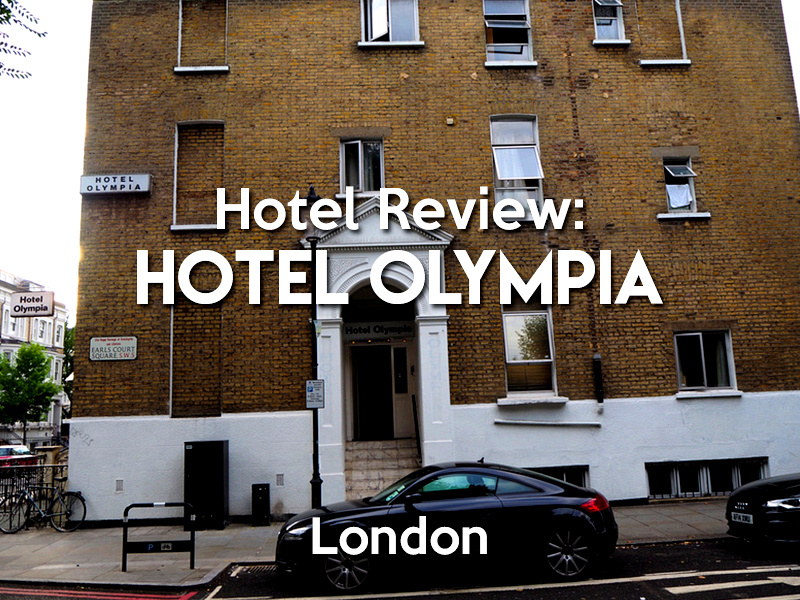 I stayed at the Hotel Olympia in London. I booked it for its location in Earls Court, which is one of my preferred areas to stay in London when I’m on a short visit. Earls Court used to be filled with cheap bed and breakfast/guesthouse-type hotels, though they are harder to find now. This one was a pretty good online deal of £37.80 ($49.55 USD) per night – cheap for this part of London.

Last year I stayed nearby at the Coronation and Beaver Hotel, all of which are a few minutes walk away from Earls Court Station. 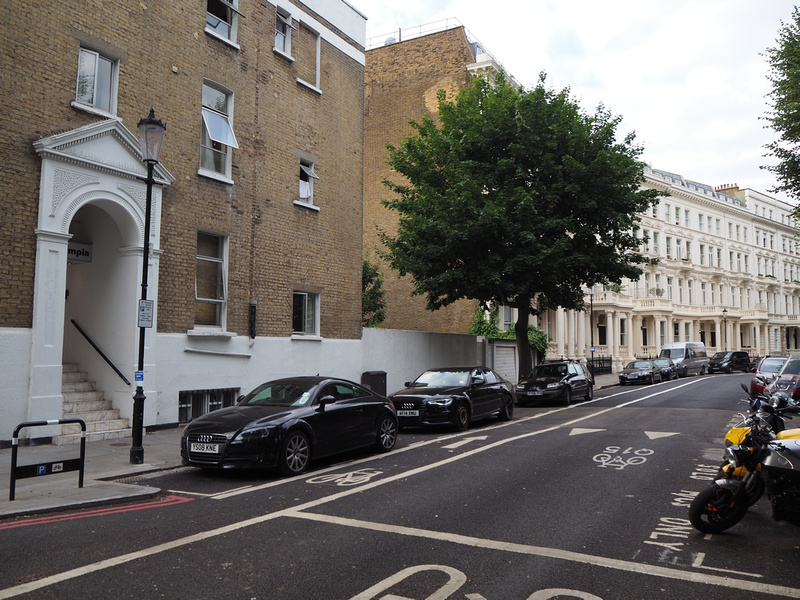 I’ve stayed in countless places in this area ever since I first started coming to London in 1999. From the outside the hotel looked a little run down which reminded me of the cheap places of old, when Earls Court was an Australian backpacker area. Those days are long gone, though you can still see a few run-down apartments here and there. 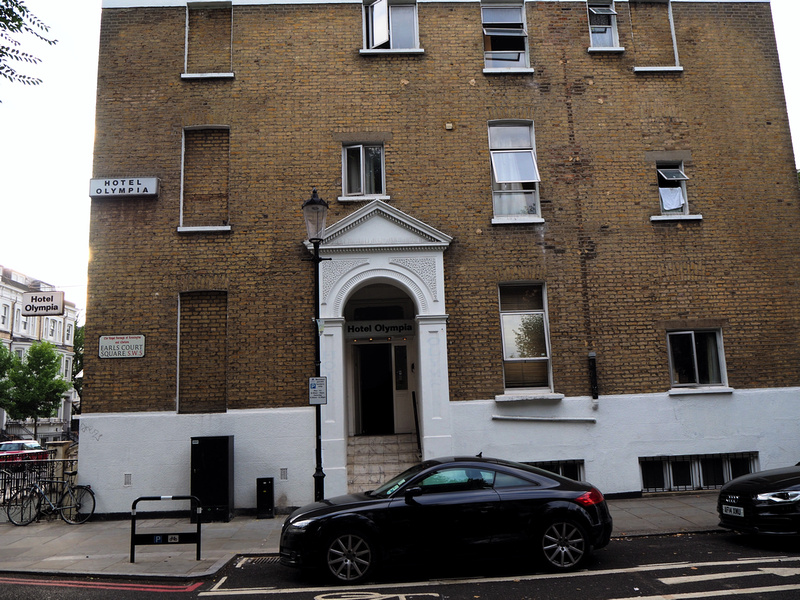 The hotel has a basic reception, with just some brochures for things to do in London and no common area to sit down. 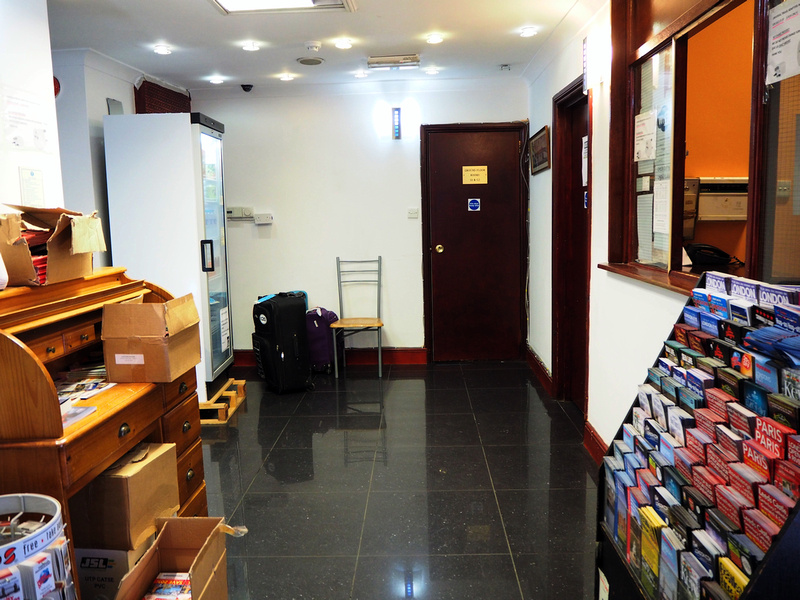 The room itself was in great condition, and not what I was expecting from the outside. It was bright and spacious (by London standards) and everything was well maintained. 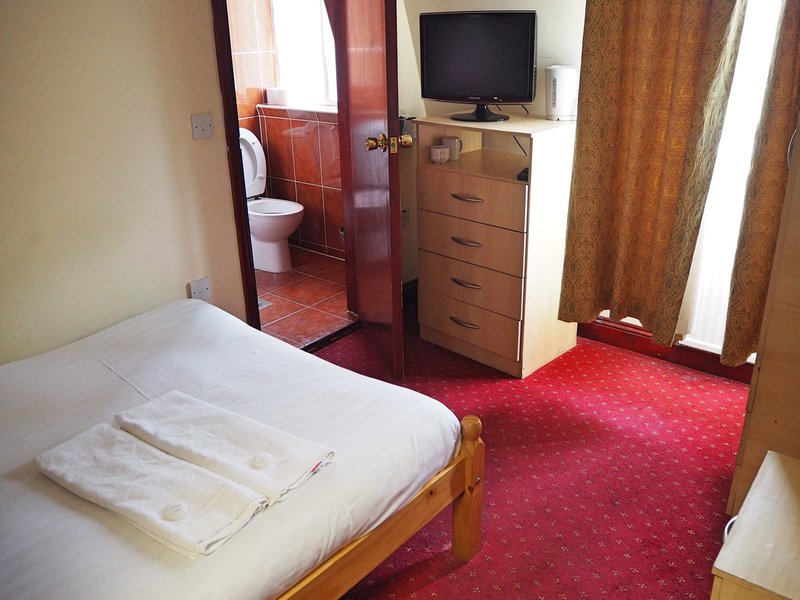 I had a single bed and the mattress was comfortable. The room had enough space to place my bags without tripping over anything. 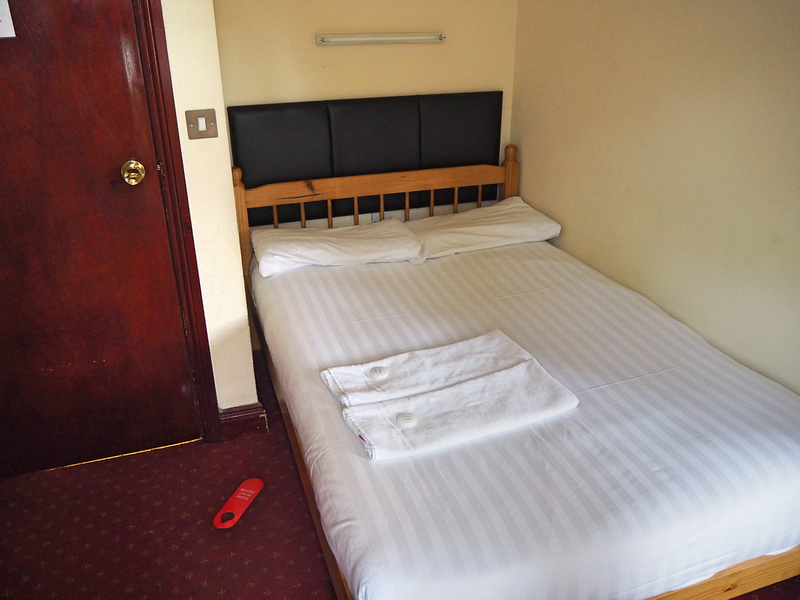 The bathroom was also in good condition, with the toilet, shower, and sink being in a clean and orderly state. 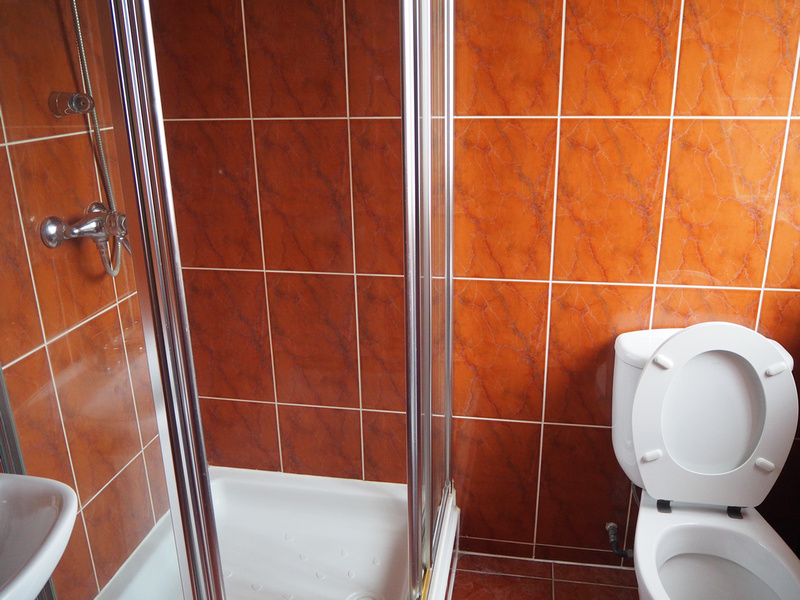 My room had big windows in the bedroom and bathroom, which made up for the lack of a/c or fan. I was there during a rare hot spell, and old British houses aren’t built with hot summers in mind. The room was fine with the windows open, and avgeeks get to enjoy the view of the West London flight path with planes flying by every minute. 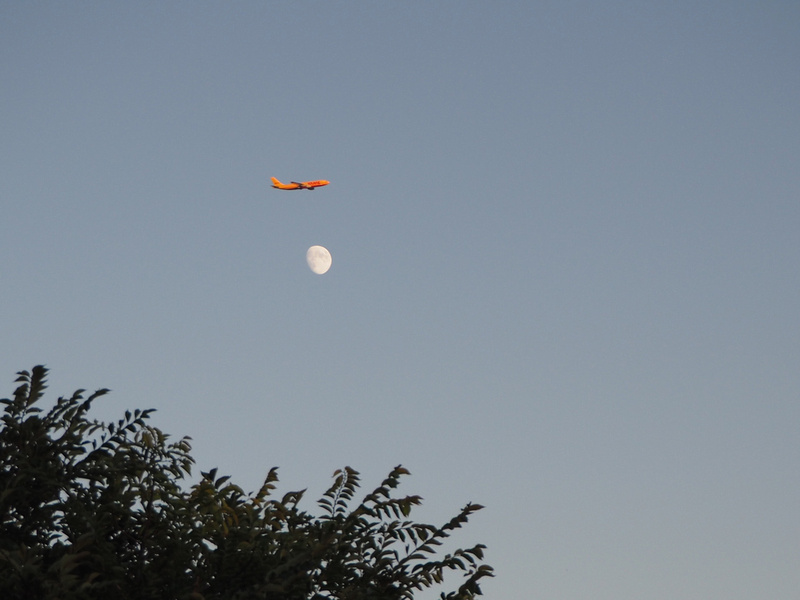 There is free wifi at the hotel, and I had no problems with the connection during my stay. There is no breakfast service here, thus it’s not a bed and breakfast. There are plenty of cafes and supermarkets nearby on Earls Court Road.

The hotel is opposite the former Earls Court Exhibition Centre, which has been demolished to make way for a massive housing project. This area is a prime location, so I wonder how long these budget hotels will last before they are converted into luxury apartments. 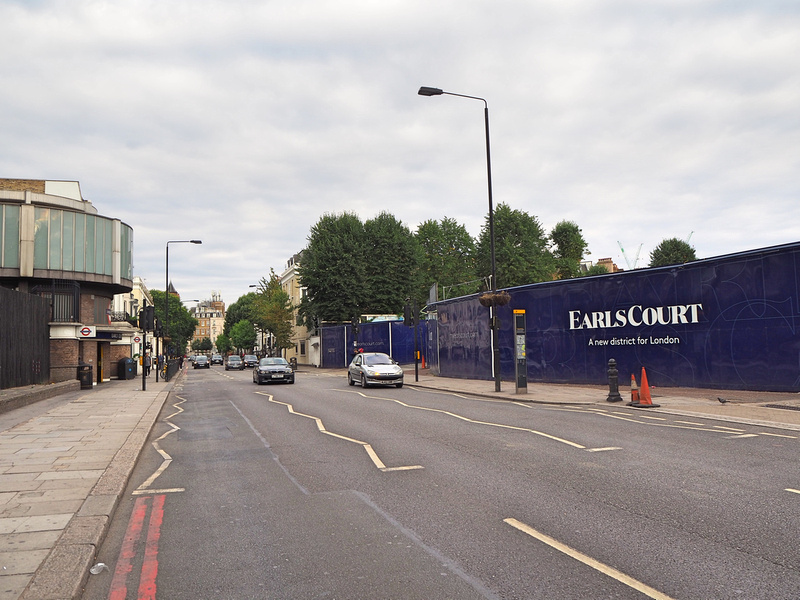 Overall this was a great place to stay if you are looking for a budget hotel in central London. Earls Court is on the boundary of Zone 1 and 2 for the Underground, and there are three tube lines here. You can get the Piccadilly Line tube from Heathrow straight to Earls Court, so it’s a great travellers choice.

Book the Hotel Olympia online or search for more hotels in London.