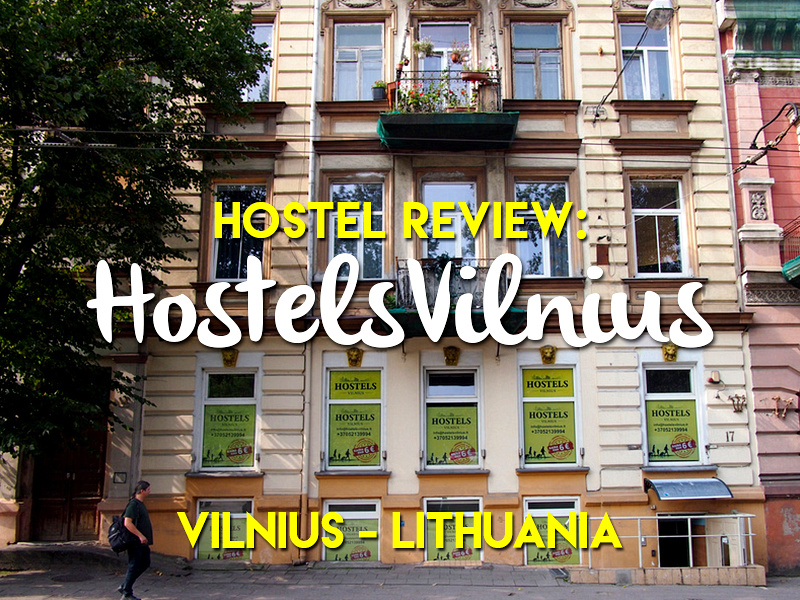 I stayed at HostelsVilnius in Vilnius. I originally had another place booked but when I arrived it was double-booked and they only told me when I arrived. From there I had to go old-school and walk around town to look for a hostel. I know some people romanticise the old backpacker days when you used to wander around with a Lonely Planet in hand looking for a hostel. After visiting two hostels that were full I soon came to appreciate the era of booking hostels in advance. 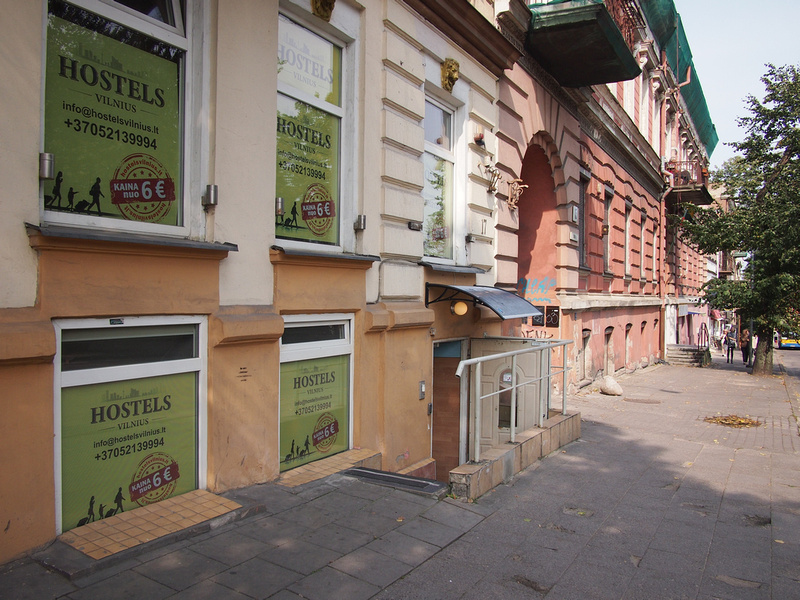 I arrived at HostelsVilnius and was relieved to find there was a bed available, even if it was in a 10-bed dorm. The bed was €11.50, of which €3.5 was an additional bedding fee.

The hostel is not far from the train/bus station area, between the stations and the old town entrance.

HostelsVilnius is also known as “A Hostel”, which must be a hard name to rank for in Google, and even harder to find online when you are typing “a hostel in Vilnius”. 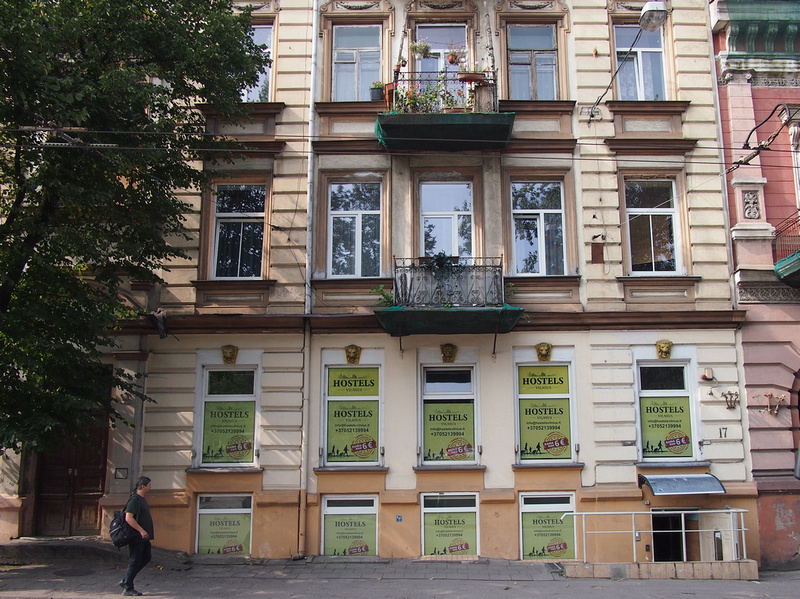 I try not to stay in dorms with more than 4 beds. In this case I made an exception as the beds were in pods. Japan pioneered the capsule hotel concept, and now I am seeing more hostels take this approach in dorms.

Having stayed in numerous 10+ bed dorms over the years, having pods was a much better sleeping experience. Each pod has its own power outlet and light, and there are lockable lockers in the room. 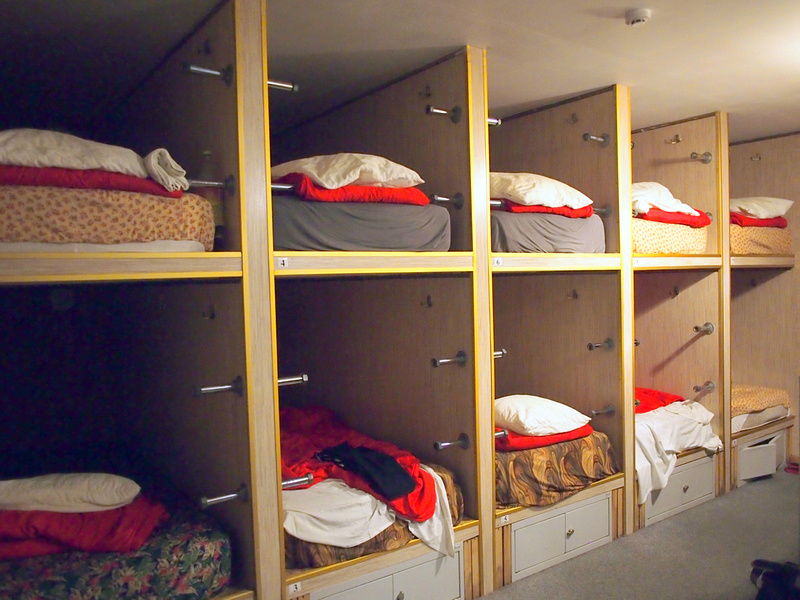 There is a kitchen which is part of a TV room/common area. 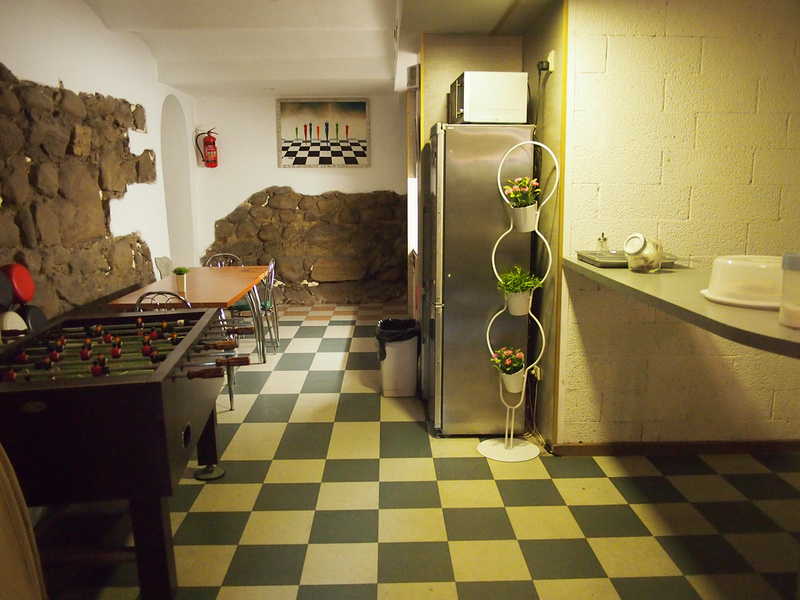 There are bathrooms outside the dorms, and the dorm room I was in had two separate bathrooms attached. 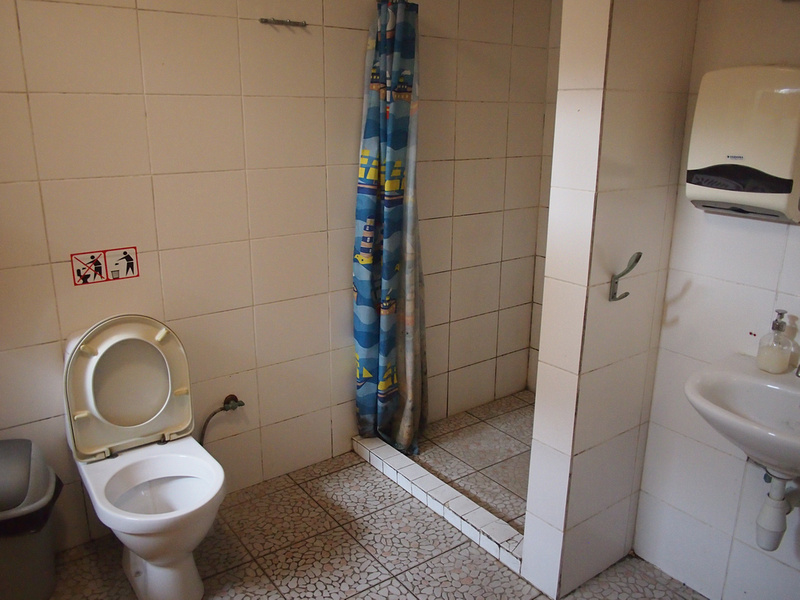 While I like the pod concept, I prefer the lengthways pod as it’s easier to get out of. and it doesn’t feel like you are encapsulated in a box.

HostelsVilnius is in a basement of an old building, so it was a dark and gloomy in some areas. There was also a slight hint of moldiness in the air so I opted to move to another hostel for my second night in Vilnius.

Book HostelsVilnius online or search for more hostels in Vilnius.