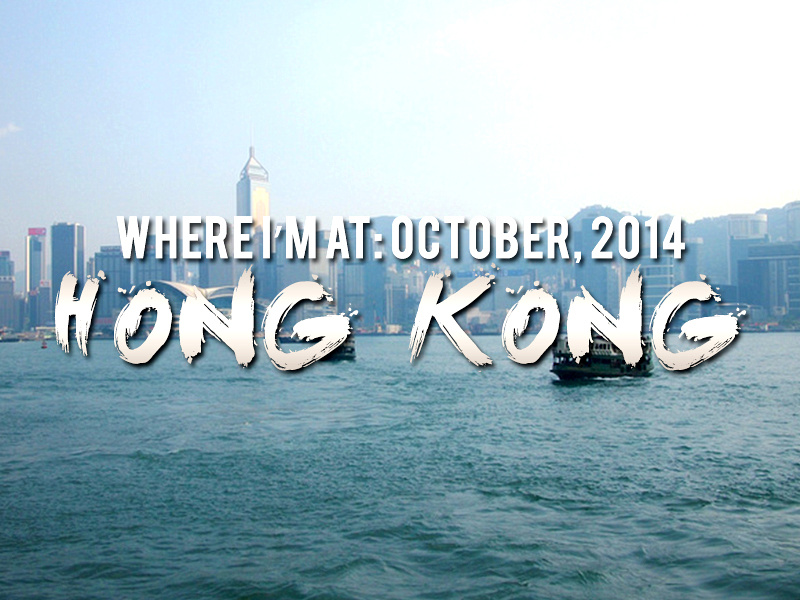 Greetings from Hong Kong International Airport. Out of all the airports I hub through HKG remains one of my favourites (up there with SIN), mainly for its clean, uncluttered layout and free wifi. And of course it is attached to one of the great cities of the world. Whenever I have a flight that is transiting through HKG I always try and stay a night in Hong Kong. 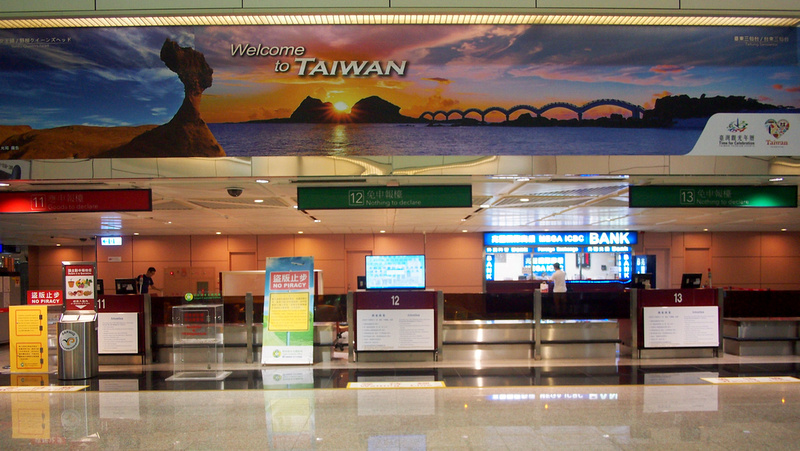 I’ve been wanting to visit Taiwan for the last two years so after some wrangling of frequent flyer points I managed a visit before going to Europe.

This is my first time here so the 14th of September was a New Country Day which is always a special travel day. I didn’t love Taipei airport so much when I arrived as there was a queue for over an hour to get through immigration. Once I got through it was all good. The bus into the city is effortless and the driver told me which stop to get off. I would normally be heads down in a book or in emails on a bus trip, but my eyes were looking out the window taking in the new land.

I dropped my bags off at a super-friendly hostel and went walking to find food. Not wanting prolong my hunger I settled on the first dumpling shop I found. No one spoke english there and I stood around looking confused while waiting for service. Someone finally worked out what I wanted then I sat down and soaked up the joy of being somewhere new again. 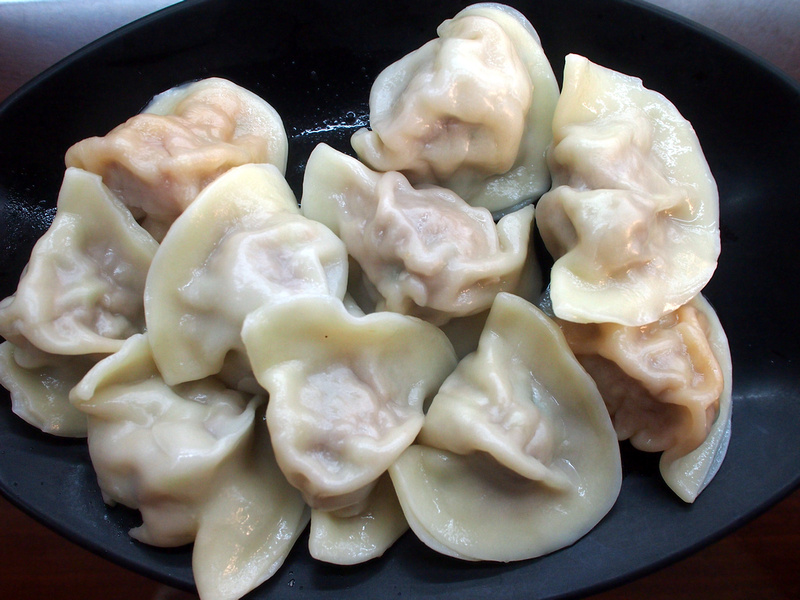 My first day impression was that it’s like China except more courteous and without the spitting. Oh, and you can see the sky. Not as much pollution here. Officially Taiwan is known as the Republic of China (ROC), which came about when the ROC relocated to Taiwan after the communist party took over mainland China in 1949. It’s a complicated relationship that everyone should read up on before they visit (but that’s good advice for any country you are visiting). 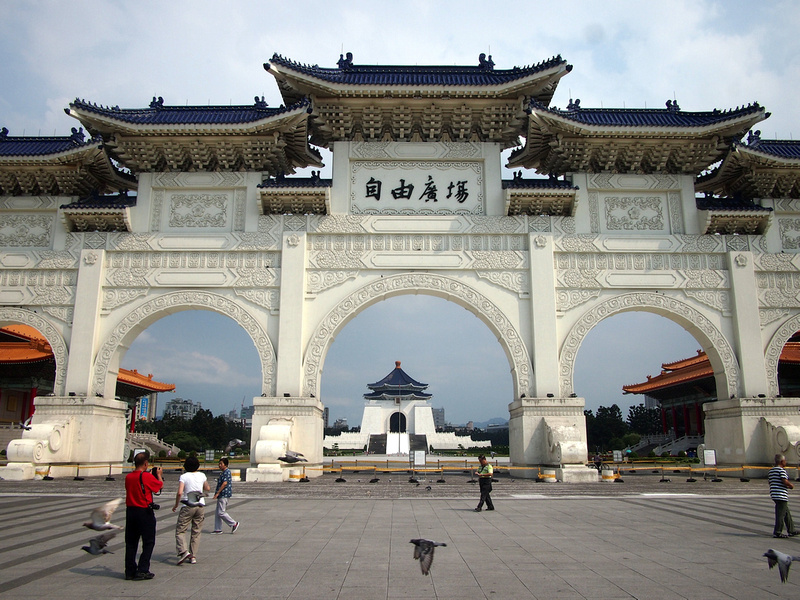 I spent two weeks in Taipei. While you could probably see all the sights in a week I had a list of places to eat and cafes to visit that would need at least a month to visit. I got into a steady routine where I went to my preferred cafe in the morning to work, then go exploring for the rest of the day.

People there were surprised that I was spending so much time in the city but I would rather get to know one place than rush around. I didn’t read up on what else to do in Taiwan but I’m thinking of returning to do a loop of the island, perhaps as a stopover on the way to the USA.

One tiny cafe I stopped at was the Wilbeck Cafe, which has coffee that would pass muster in Melbourne. 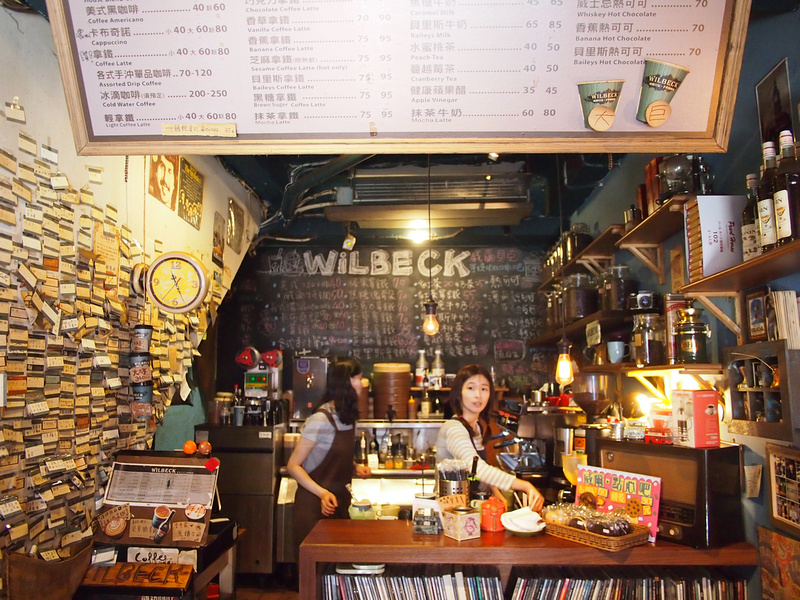 There I got talking to a local guy who spends his weekdays wandering the streets while working on his art on the weekend. Sounds like a man after my own heart.

He told me I should visit the Ximen area as it’s popular with the young people, thus I would like it. If I had been wearing a tie I would have straightened it up while giving him a little nod and smile. Instead I asked him to tell me more about this place. He said it is a good place to go shopping and I could get something for my kids there. Ha. Oh well.

I did go down there and yes, Ximan is popular with the youngfolk. It reminds me of Harajuku in Tokyo (without the cosplay) or Siam Square in Bangkok.

In addition to cafe visits I developed a daily bubble tea habit. Taiwan is the birthplace of bubble tea so it would be rude not to pay homage with a daily cup. 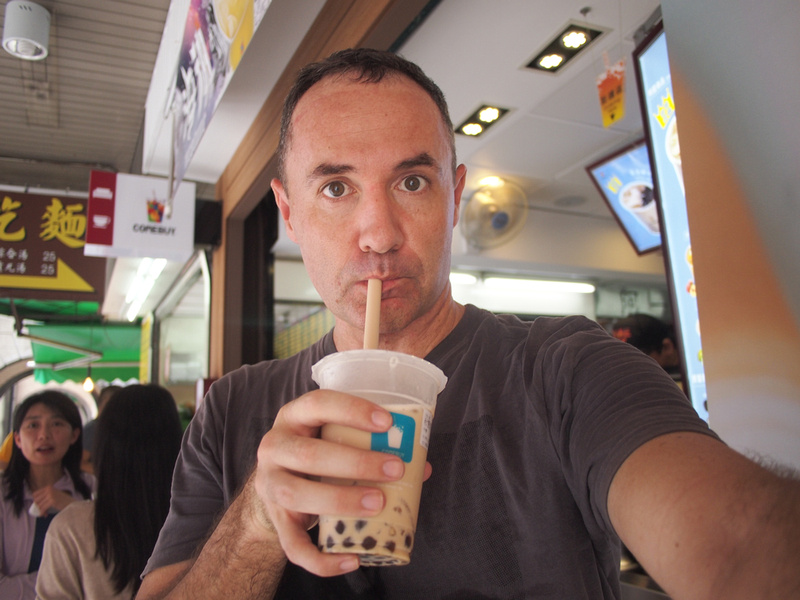 One of the highlights was visiting all the night markets that can be found across the city. There are enough of them to go to a different one each night, and they are a fun way to spend an evening and try out different foods. 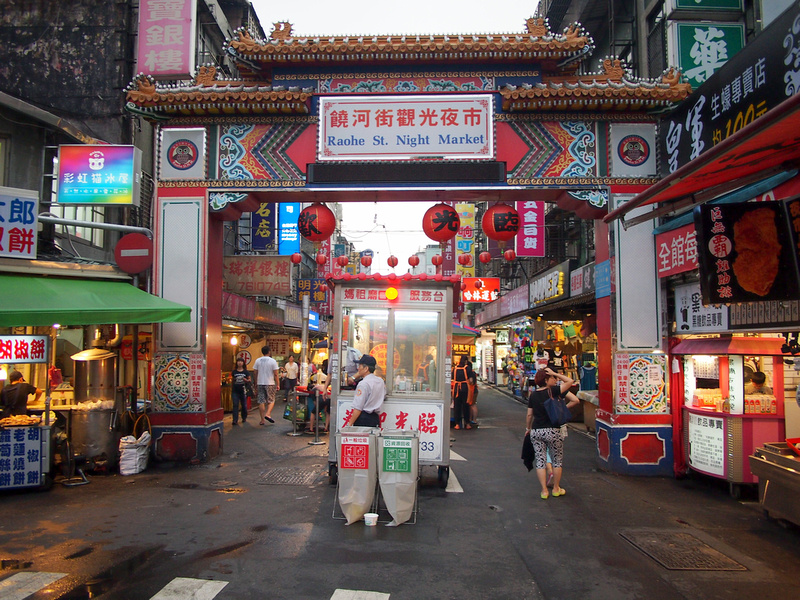 The benefits of blogging

One of the main reasons I started a blog was to give myself a online presence so that other travellers may find me. I announced that I arrived in Taipei which put me on the radar of Jeremy from Go Curry Cracker, who sent me a Tweet asking if I would like to meet up. Jeremy lives here with his wife so we went for coffee, and I got to ask a bunch of questions about living in Taipei. We topped off the night with a visit to a famous beef noodle place that I never would have found otherwise. 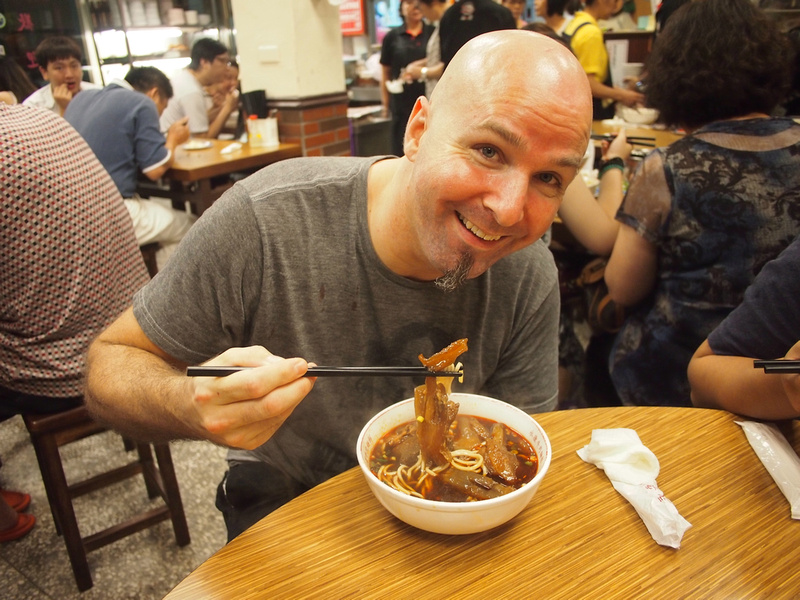 [Jeremy from gocurrycracker.com, and delicious bowl of noodles.]

Even if you are not blogging full time I highly recommend having a blog (or at least a Twitter presence) as a way of meeting people who are living where you are travelling to. Another good local meet up option is Couchsurfing, which I used to arrange a market meet up.

It’s not uncommon as a foreigner in Asia to have groups come up to you asking for a photo. I’m always happy to oblige, and I occasionally throw in a peace sign for good measure. Over the last few months I’ve noticed a selfie-stick mania has taken hold across the region, and today was the first time I was asked to be in a photo using such device. I’ve always thought these things look ridiculous (and I wouldn’t dare wave my phone around in Saigon) but the photos turn out great, so maybe they aren’t so ridiculous after all. 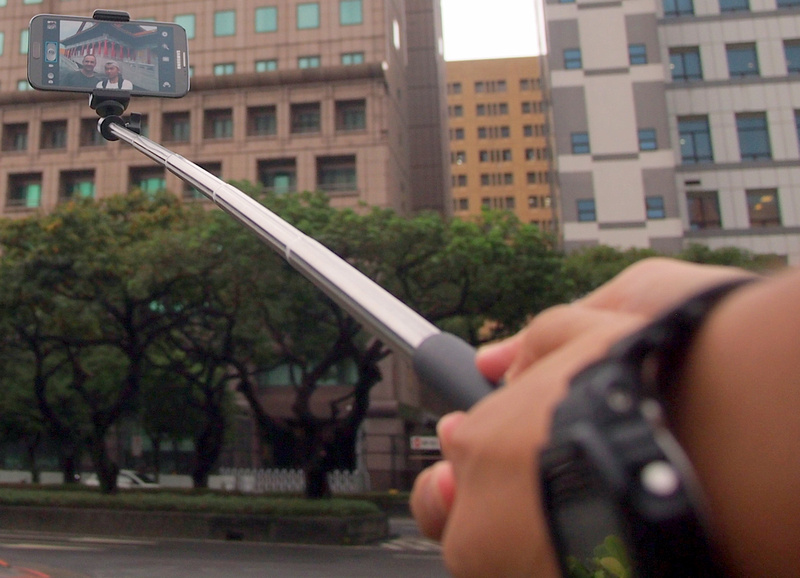 [A self portrait of me getting my photo taken: the meta-selfie experience.]

A detailed post of my two weeks can be found at Notes on Taipei. 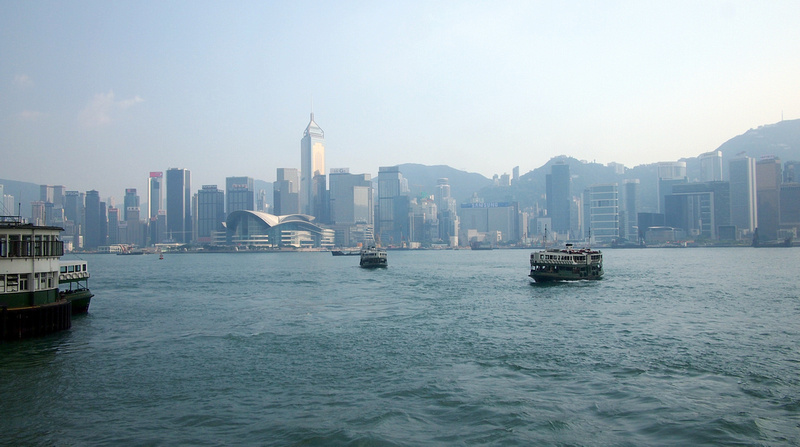 I arrived in Hong Kong a day after the umbrella revolution began. The riot police had backed off and in the two days I was there it was peaceful, but the protest crowd has grown in the days I was there and China isn’t moving so somethings got to give. 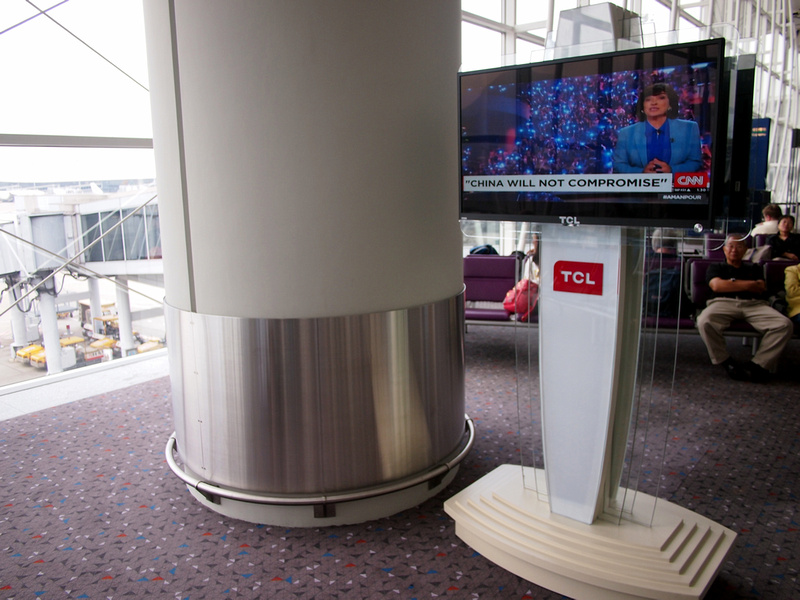 I’m on my way to London today, and after a year of mostly slow travel it will be a change of pace as I will be visiting five countries this month.