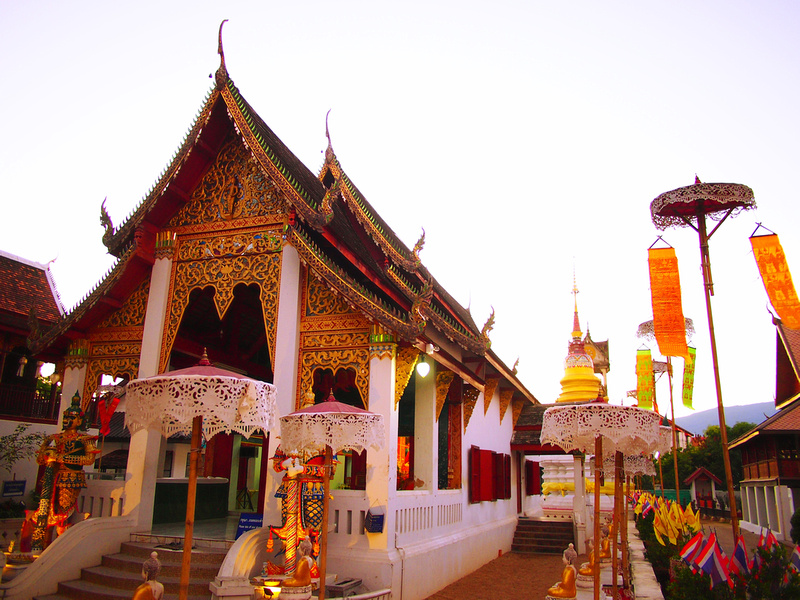 Greetings from Chiang Mai! I’m here on a visa run from Vietnam. There is a new direct flight between Saigon and Chiang Mai by Vietjet, so took the opportunity to try it out. It’s a much better experience than arriving via Bangkok. I have a month of travel coming up, including researching Thai railway travel and visiting a new country.

I started the year in Otres Beach, which is the “nice end” of Sihanoukville. I wanted to see what was going on at the city end so I stayed there as well. Sihanoukville is surrounded by lovely beaches, but it is quickly developing. Here is my trip report on Sihanoukville – the new Macau of Southeast Asia.

I was last in Kampot in 2012, and unlike Sihanoukville this little river town has retained most of its charm. The old town has a well preserved collection of colonial architecture and the street grid makes for an easy place to walk around. There some good cafes here too, so it’s an ideal place to spend some time to work. I have a blog post for Kampot coming soon.

The highlight of this month was seeing the city go crazy for the AFC U-23 Championship. This was a regional under 23 tournament that was held in China. In the grand scheme of things isn’t the most important sporting event to follow. I didn’t even know it was on, or that Vietnam had beat Australia in the group stage. It was only when I was out one night and heard a bunch of screaming from nearby bars that I realised something was going on. I then saw a bunch of motorbikers flying Vietnamese flags. Vietnam had beaten Iraq in the quarter final, and that’s when things got interesting.

I didn’t watch the semi final but it turns out that half the city did. I happened to be near a sports bar when the penalty shoot out was on, and Vietnam won. The crowd erupted and people spilled out onto the street waving flags, but that was only the beginning of a night of celebratory mayhem. An hour later the streets were jammed with motorbike traffic, with flags waving and people chanting Viet Nam Vo Dich (Vietnam Champions).

I’ve never seen a semi final win celebrated so hard, and I was concerned that everyone was pumping expectations so high that the comedown from the final would be brutal. I was told that as this is the first time Vietnam has been in a final it was a great moment of pride, thus the celebrating with gusto.

The final was on a Saturday but there were some last minute doubts of it going ahead after the pitch was blanketed in snow. Apparently none of the Vietnamese players had seen snow, let alone played in it. Their opponents from Uzbekistan had the advantage of being used to cold and snow.

I watched the game on the main walking street in Saigon (Nguyen Hue), which was lined with giant screens for the event. Here is an overhead shot to get an idea of the crowd.

After finishing at 1-1 at full time, Uzbekistan won with a last minute goal in extra time. They were deserved winners, and Vietnam played gallantly with no shame in the loss.

Despite the loss the people still wanted to celebrate, and the traffic and noise was even crazier than the semi final. If you had just arrived and don’t follow sports a natural guess would have been that Vietnam had just won the World Cup. It was an amazing spectacle to behold. And the most impressive thing was that I didn’t once feel unsafe. If I was somewhere in Europe and there was a large group of football fans out after a loss I wouldn’t feel safe to go out. Everyone was just driving around like the city is one big motorcycle gang, which in a way it is. It was all in good spirit, with no fights or disorderly conduct.

Here are some more pictures of the final night.

I now hope these under under-23’s go on to greater things for Vietnam in the 2022 World Cup.

Phnom Penh to Sihanoukville by train