I stayed at the Elite Hotel in Athens. This was my first time in Athens so I was unfamiliar with where to stay. I figured I should stay near a touristy area as I was going to be in hardcore tourist mode. I looked on the map and saw that the three metro lines form a triangle in the middle of the city near famous sites that everyone has heard of. If you’ve never been I would check out this guide on where to stay, written by a resident.

I picked the Elite Hotel for it’s location in this area, and for its price. I booked online at €24 a night for a single room with a private bathroom.

The Elite Hotel is within walking distance of two metro lines. From the airport I got off at Monastiraki, and it was about 10 minutes walk from there. 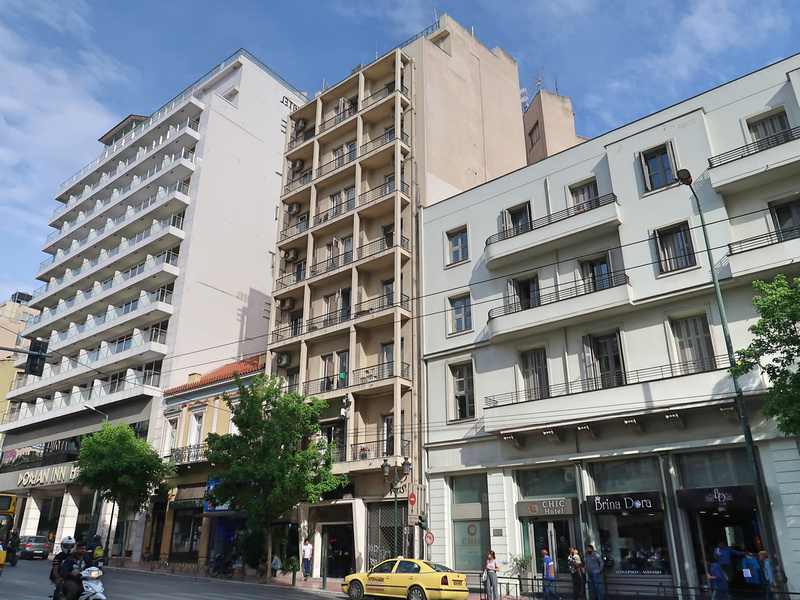 The Elite Hotel is a 2-star budget hotel on a road lined with other mid-range hotels.

I didn’t know what to expect for a cheap budget hotel in Athens, so I was pleasantly surprised to find my room was good. Basic, but in good condition. 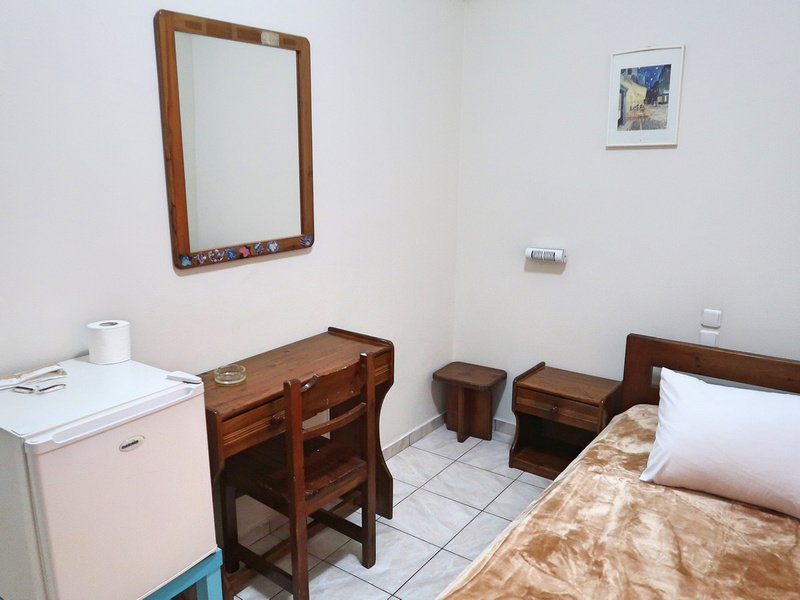 The bed was comfortable, the room was bright and clean, and there was an air conditioning unit. The room had useful tables and enough room to move around. Like most old hotels rooms though, the power outlets were not in useful places. 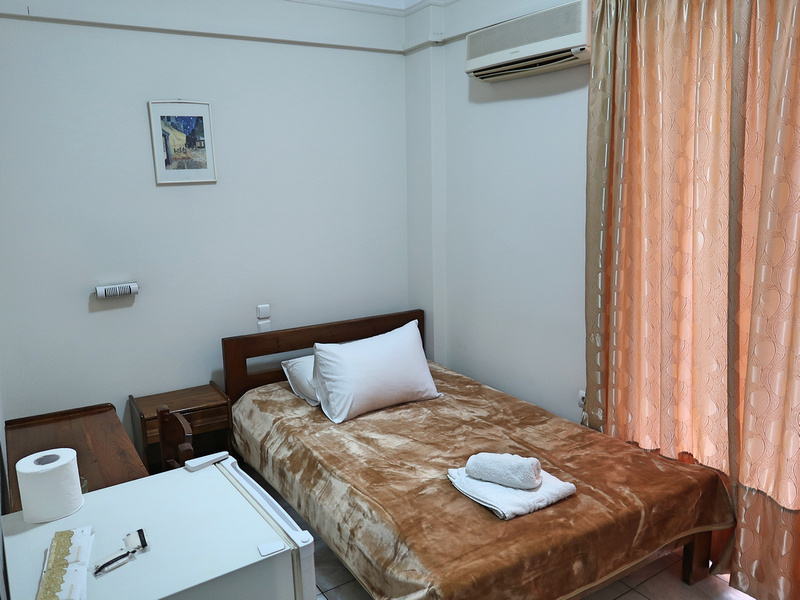 The bathroom was also clean and in good condition with an outside window. There was a good hot water system, though it could have used more space to place toiletries and hang towels. 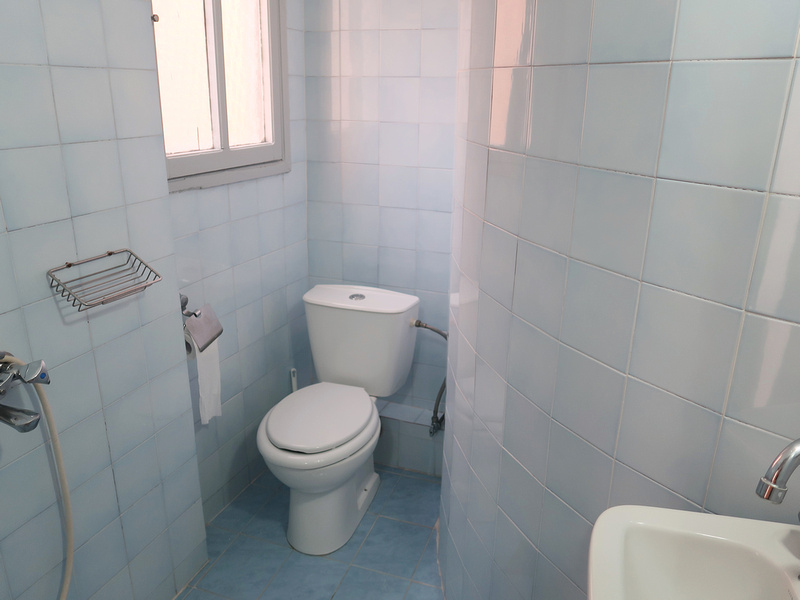 I was a bit concerned that the light switch was so close to the emergency switch. I hoped I didn’t have the need to bumble around half-asleep looking for the light switch. 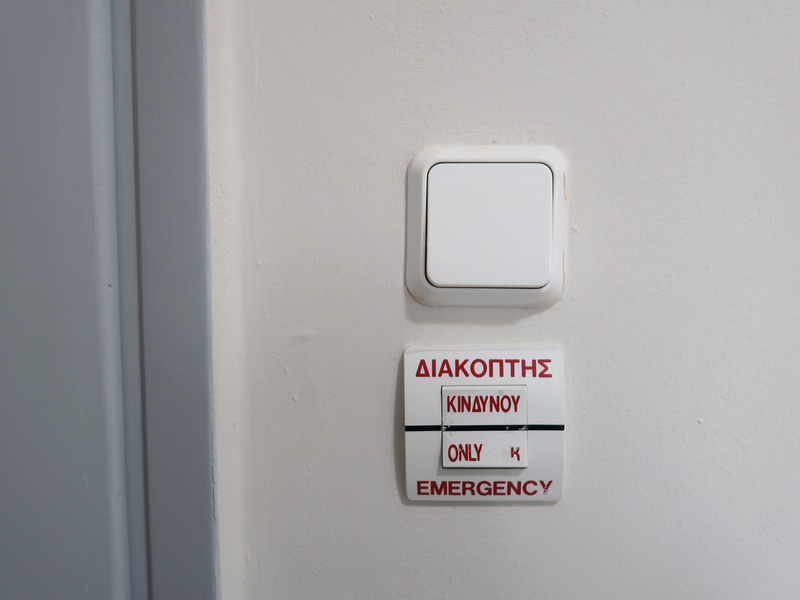 Being a budget hotel I was half expecting my window view to be a view of another hotel wall. When I opened the curtain I wasn’t expecting to have such a good view of the Acropolis. I left the curtain open at night so I could sneak a glance of the Parthenon during the night when it was all lit up. It helped that I was on the 8th floor, as I don’t think other floors would have this view. 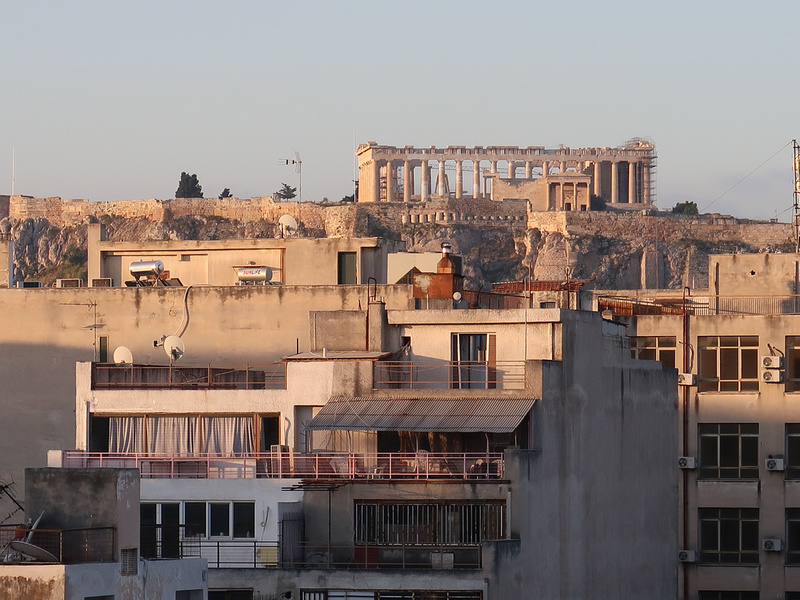 There is free wifi at the hotel but I had a hard time with the reception in my room. It might have been that my room was too far from the signal box. I found if I lay at the other end of the bed I got a reception, but it would drop out when I switched around. I had considered asking to move rooms, but I didn’t want to give up my Acropolis view.

There is a breakfast service at the hotel, but that wasn’t included in my rate so I went to a cafe.

Overall this was a good stay in Athens. I didn’t want to stay in a hostel so having a cheap budget hotel option made my trip more enjoyable. Being located within walking distance of the major sites was also a bonus.

Book the Elite Hotel or search for more hotels in Athens.