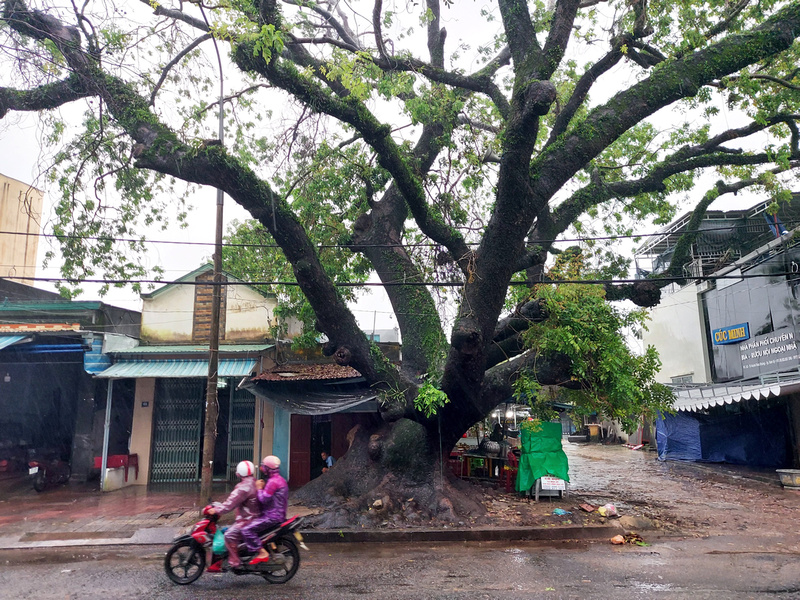 Greetings from Tam Ky! Here is the December 2020 edition of Where I’m At – my monthly summary of where I’ve been and site news.

Here is where I’ve been over the last month. All in Vietnam of course, where I am currently holed up while riding out the pandemic. Vietnam got to nearly 3 months without recording a local transmission of the virus. The streak ended at the end of November, so hopefully it is quickly contained like the last time. 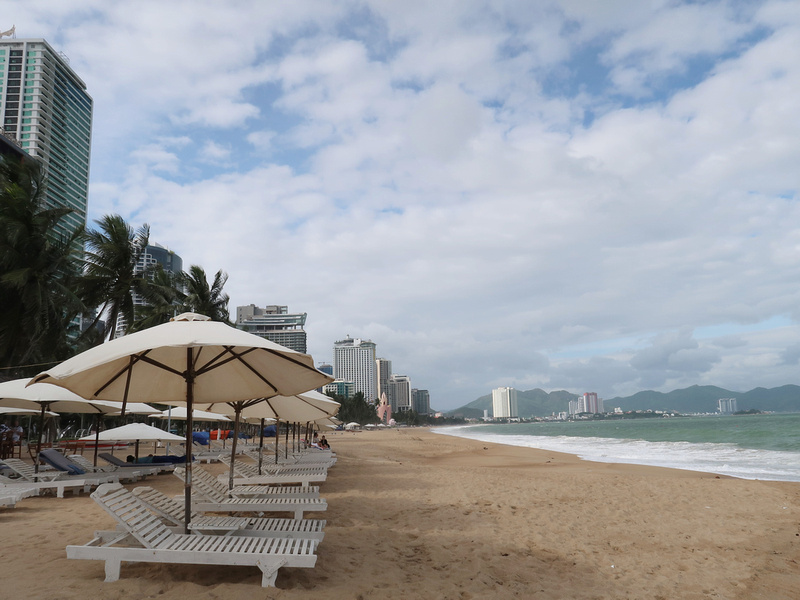 The last month I have been continuing to build content and reports for Living In Asia, so I have been focussing my travels on what would most benefit that site. I started the month in Nha Trang, which is an ideal candidate for reporting on a booming leisure market city (at least it was booming last year). I did a 2020 construction update for Nha Trang, and I will do a travel report for Nomadic Notes later.

By April this year I had given up any thought of international travel for the rest of the year, and at this point I’m factoring in no international travel for the next 12 months. I’m fortunate in that I’m at least in a country that has taken pandemic management seriously, and that I’m in a city that is big enough to continually find new things to do. I’m especially grateful when I consider the plight of my friends in Europe and the US who have a hard COVID-19 winter of 20-21 coming up.

With traffic to my travel websites still in the doldrums, I haven’t been motivated to blog much at Nomadic Notes. I am enjoying publishing the weekly travel newsletter, where I look for the best travel reads of the week to inspire future travel (sign up here).

Future travel is more inspiring at this point, so I continue to do future guides at Living In Asia. I did a construction report for Saigon, which gave me some targets to walk to around the city, checking out what is being built. In the future when we can travel again I envisage that I will do annual construction reports for the major cities in Southeast Asia.

This was my second trip to Da Nang this year (the first trip being in May). Like my Nha Trang trip, I was here for construction reporting (though any excuse to revisit is good). Da Nang has grown fast over the last few years, and there is an overabundance of new hotels. With the pandemic turning off the flow of international visitors, a record amount of hotels are on the market. It was disturbing to see so many closed hotels near the beach.

The city was also recovering from recent storms, so the beach was still messy with storm detritus. 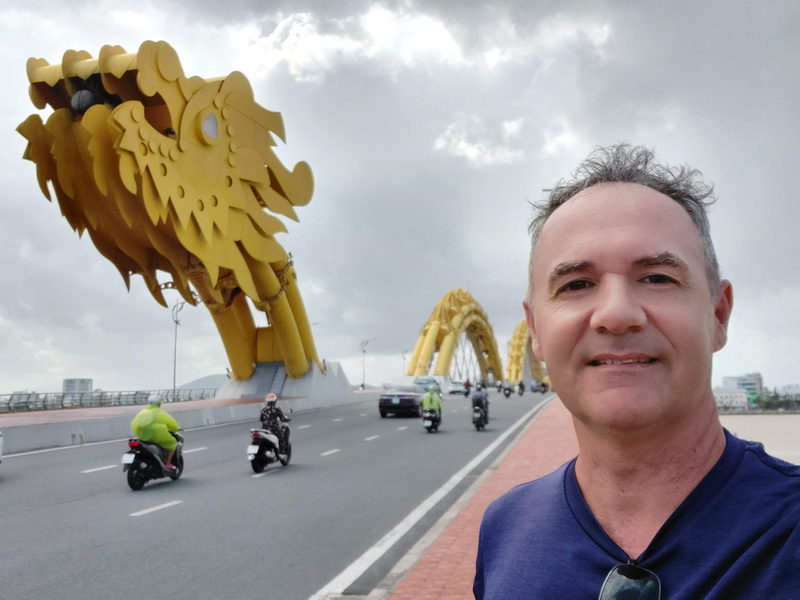 Hoi An has also had a rough year of it, though it’s being sustained by domestic tourism better than most places. On top of international tourism collapsing, the old town flooded during this exceptionally bad storm season. I stayed in An Bang Beach (about 5 km outside the city), which has become one of my preferred areas to stay. I knew it got hit by the storms but I wasn’t prepared for the destruction I saw. Most of the beachfront cafes and restaurants have been damaged, and a lot of the beach sand was washed away.

Compare that with my visit to An Bang in May. 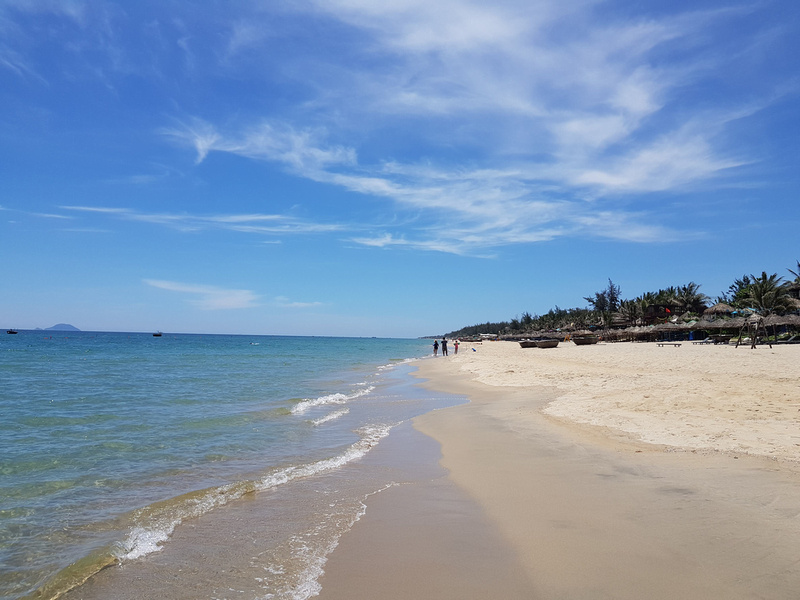 I was walking down the street in An Bang and I ran into my friend Ben from Phong Nha (who is also my cousin’s cousin). He was staying at a friend’s place on the beach while on business in Danang, and we just randomly crossed paths. He runs a farm stay in Phong Nha, but with the pandemic and biblical floods of the 2020 storm season, it hasn’t been a good year. All of us in the travel business are hoping for a better 2021! 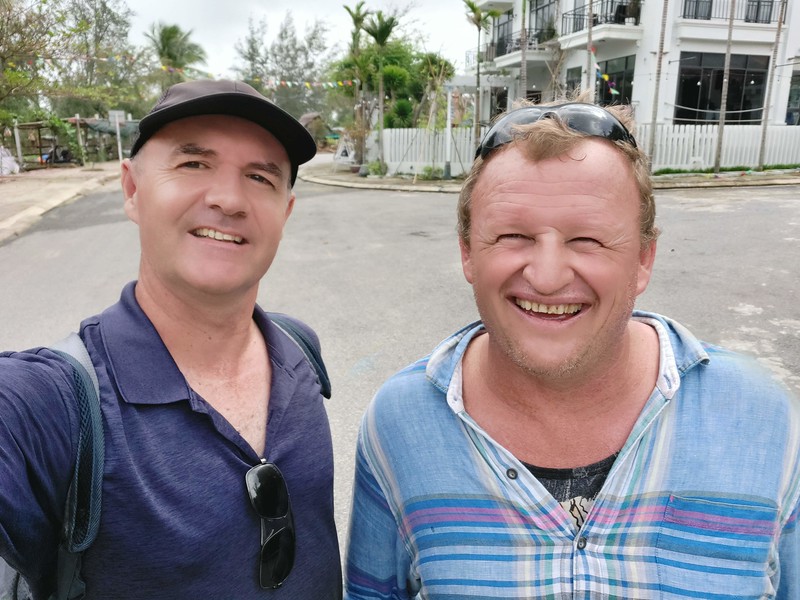 I stayed on the beach as my main purpose was to visit some outlying new urban areas by motorbike. I also spent a night in Hoi An old town, where it’s always good to wander around. I had the recent floods on my mind when I saw how high the river was. Maybe Hoi An is going to be like Venice in the future, with high tides from the river causing floods.

After two great motorbiking days along the coast, my trip here was a bust. I feel like this month I have been dodging storms, but the weather finally caught up with me in Tam Ky.

Tam Ky is the capital of Quang Nam province, though it lives in the shadow of Hoi An (47km north). Tam Ky is an unassuming provincial capital that’s never going to compete with Hoi An. It has a good beach which is starting to become more popular. There is also a fishing village that has become famous for murals. Unfortunately, it’s been raining the whole time I’ve been here and I won’t have an opportunity to visit.

It’s a bit of a crapshoot visiting the central coast at this time of year when their rainy season has started. After those sunny skies and blue-water days in Danang, I was starting to think that the rainy season wasn’t so bad. It was so windy at the beach and the water was brown and angry, so I didn’t bother staying. In the city it was cool and grey, and not good conditions for urban wandering.

My plan is to visit all of the coastal provinces of Vietnam. To the south of Quang Nam is Quang Ngai province, so I will give Quang Nam another chance when I visited Quang Ngai (in dry season).

I was also featured at GAFFL on becoming a digital nomad.