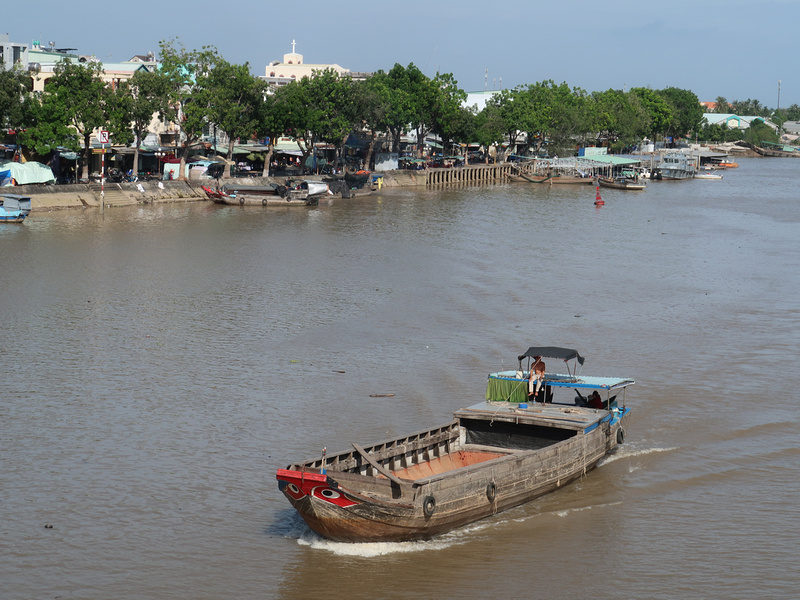 Greetings from Ben Tre and another edition of Where I’m At – my monthly summary of where I’ve been and site news.

Here’s a summary of where I’ve been last month. Follow me on Instagram for real time updates.

I began November in Ubud as part of a stopover on the way from Melbourne to Saigon. For this visit I split my time between Ubud and Seminyak.

The morning I was leaving Ubud I was just killing time waiting for my transport, so I thought I should have one last coffee in one of the many cool cafes in town. I walked into a cafe saw someone who I recognise online but have never met in person. I’ve been following Niall Doherty for years, and even though he was living with some mutual friends in Bangkok we had never crossed paths. 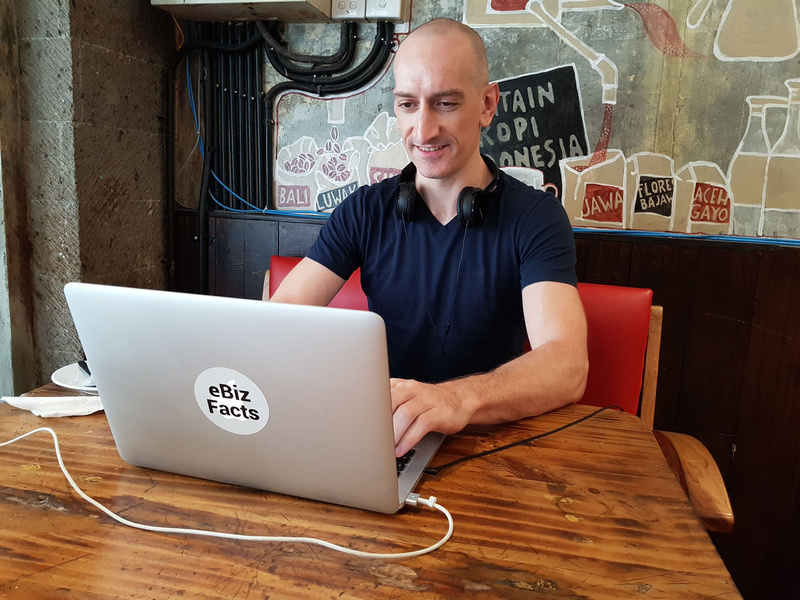 Niall has a great weekly newsletter about building an online business. I love newsletters and I’m always signing up to new ones to see if they provide any use for me. eBiz Facts if full of great information and links.

While I was there I also got in contact via Instagram with Samantha from GenerationXit. We didn’t end up meeting but we organised a podcast episode.

After Ubud I stayed in Seminyak as I wanted some beach time on this trip. Canggu is the preferred digital nomad location in Bali, but it’s at the far end of the southern beaches and a bit of a pain to get around if you are visiting other places.

I just did a day trip to Canggu to see what has changed since I was last in Canggu in 2017. I don’t have anything to add from my impressions during that trip. 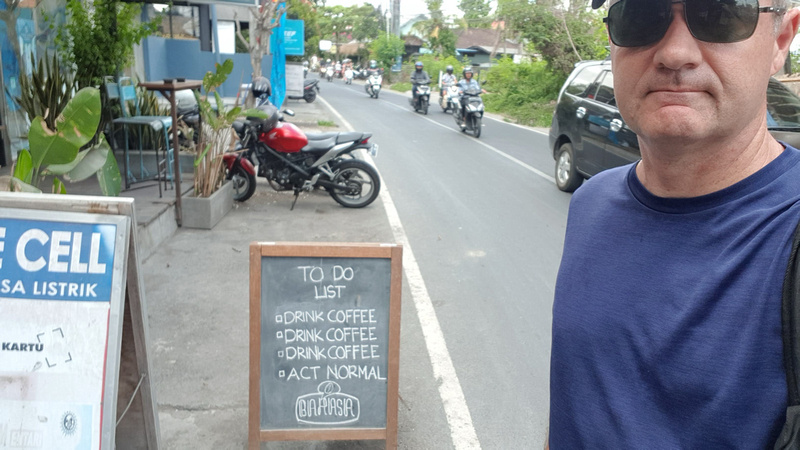 My brief interactions in with fellow nomads in Ubud had me thinking that I need to spend more time there at some point, maybe splitting my time for a month between Ubud and Canggu. And now that Vietnam Airlines are flying direct from Ho Chi Minh City to Bali in addition to VietJet Air, there might be some more flight sales. At the time I posted this, Vietnam Airlines were offering round-trip tickets from 131USD (taxes/fees included). 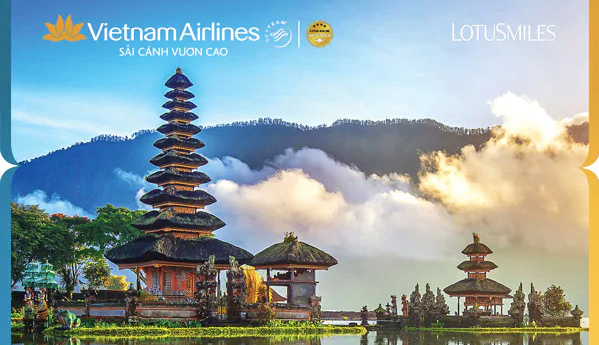 While I enjoy the camaraderie of meeting nomads and location independent workers (“my people”), Bali is also a confronting place as an Australian. Hardly a week goes by without another story of bogans behaving badly. These are also my people, and they are not representing us well.

Perhaps a more likely scenario for me will be to come to Bali as a launching point for places in Indonesia further east. I did a week in Flores via Bali in 2014, and I am itching to see more islands.

I was going to do a writeup on Ubud, but I didn’t spend enough time there to justify one. I ended up getting more article ideas for Living In Asia instead, including Bali’s terrible road system. 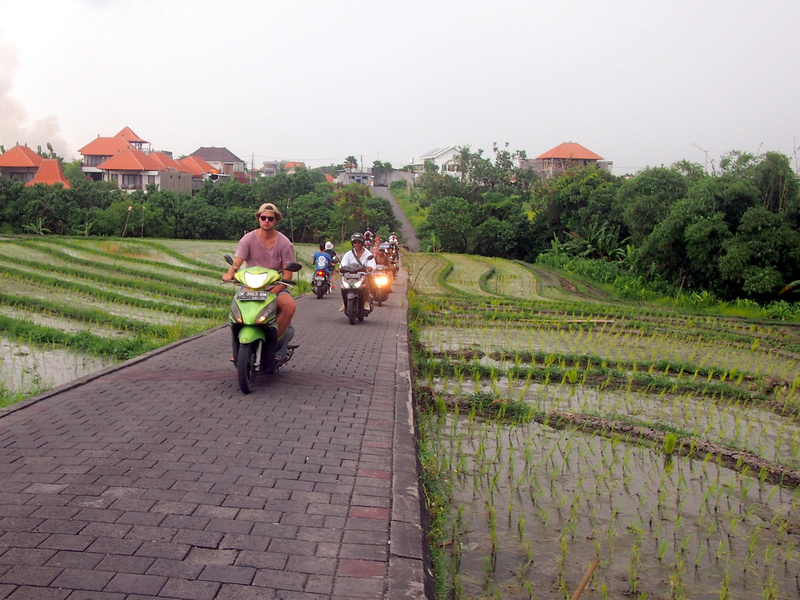 Back in Saigon to be greeted with a new fountain.

I spent most of last month in Saigon, which has been a much-needed month of working before the next round of travels. Looking at my calendar through to the end of February next year, I will be on the road for about half of that time.

Even with the days of steady routine and solid blocks of time I’m still finding that I have more to do than time available. I have so many ideas to write about that can’t be outsourced, that sometimes I think I should lock myself in a cabin in the woods to finish some projects. Maybe my proverbial cabin in the woods is boring mid-sized city with less distractions.

It’s good though to be in one place where I know people, and where people who are visiting know where to find me.

I went to the third birthday of The Old Compass Cafe, which is a cafe set up by the owner of the Rusty Compass website. I remember when it opened, because three years ago I hobbled in after inuring my back. I’m happy to be able to walk and sit comfortably now.

The Old Compass Cafe is, for me at least, a place where everyone knows your name. Seeing that I don’t go to bars this a nice thing to have. 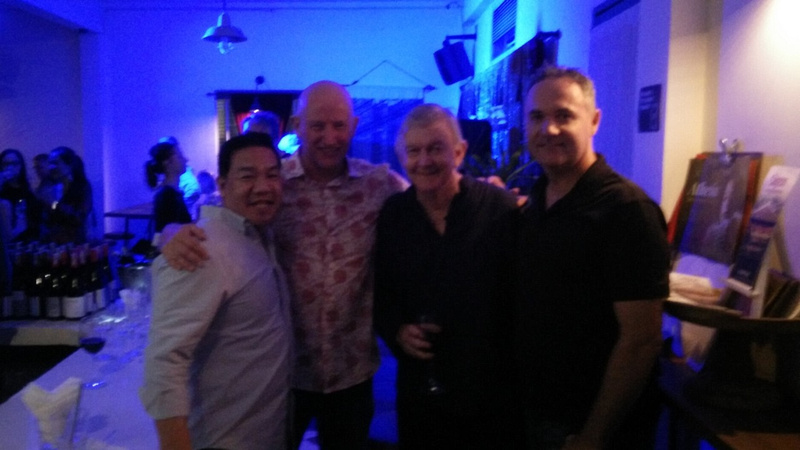 [At the Old Compass with Vinh, Mark, Tim, and Yours Truly.]

Ladies at the Ben Tre Market offering a warm welcome back to the Mekong Delta.

I was last in the Mekong Delta in 2015 so I was overdue for a visit. Ben Tre is about two hours from Saigon, making it a good entry point for the delta region. I’m visiting some new places for me, plus the hubs you can’t not visit. Ben Tre is famous for being destroyed in the war, and I wasn’t expecting much of the city. It turned out to be an interesting place, and I will have move about Ben Tre Province, and observations on getting around the region.

Palembang to Bandar Lampung by train – Riding the coal-subsidised railway of South Sumatra.

Notes on Jakarta – Metros, moto apps, an airport train, and a giant seawall.

Jakarta Airport Rail Link – Train details, and which stations are best for visitors.