Greetings from London and another edition of Where I’m At; a monthly update of what I’ve been up to and general site news.

I’ve just returned from 3 weeks in Argentina and Uruguay with Air France/KLM, who flew me from London and back. My first leg of the trip was from London to Amsterdam, and then onwards to Buenos Aires with KLM. 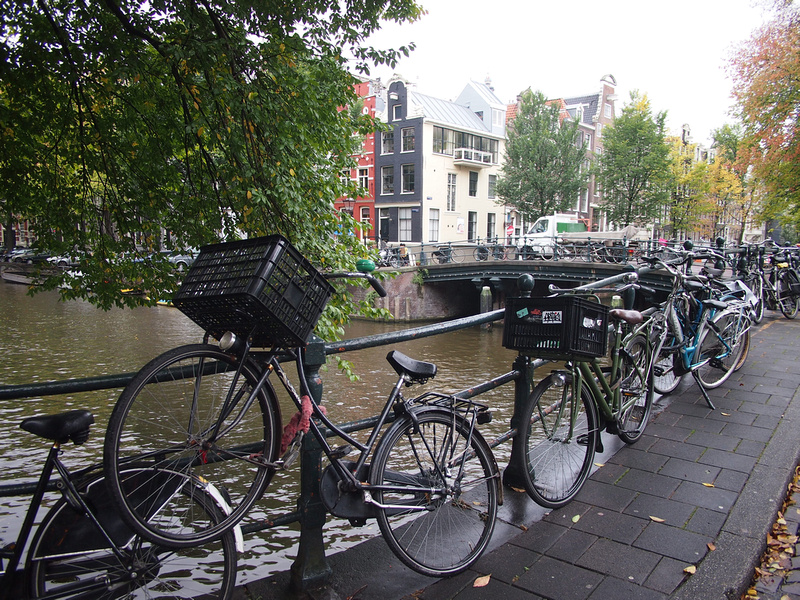 [Bridges and bicycles – a common scene in Amsterdam.]

It occurred to me this week while I was seeing my breath that I have been in tropical/hot climates since July last year, thus my 15 month summer came to an end when I arrived in London last week. Not that I mind as I’m enjoying the novelty of not sweating through my clothes when I step outside.

I would have to say that October in Europe is my favourite time of year. The summers crowds have dispersed, it’s cold without being freezing, and you get the bonus of autumn leaves. By November my street food and coconut cravings will be severe so I will be ready to go back to Asia.

I was in Amsterdam on my way to Buenos Aires in partnership with KLM, who are promoting their South American destinations from their UK connections. As KLM are based in one of my favourite European cities I am spending four days in Amsterdam before I go. I’ve already discovered a cool co-working space and some other cafes that aren’t “coffeeshops”, so I’ll be posting more on Amsterdam later. 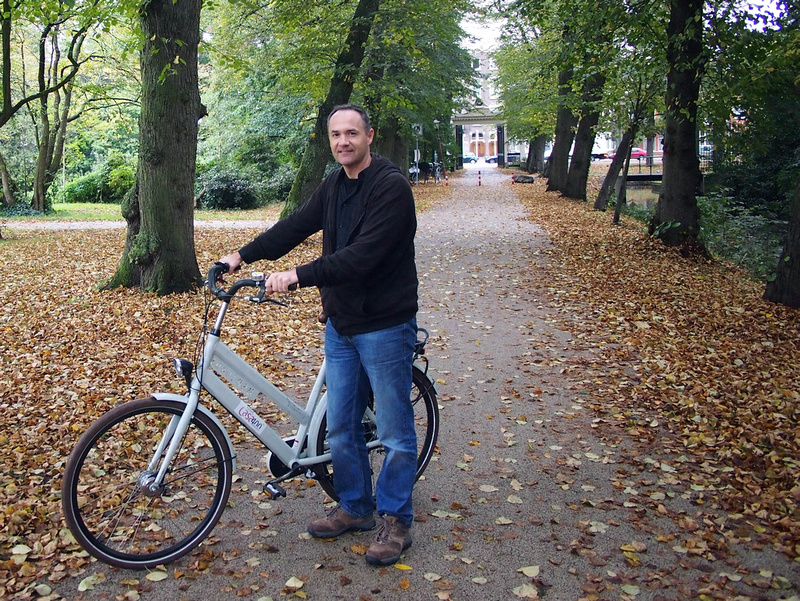 Todays New Country Day is also New Continent Day as this is my first visit to South America. Argentina wasn’t even on my travel radar for 2014 until about 2 months ago. I’m here for a writing assignment which will also take me to Uruguay.

I arrived at 6am on an overnight flight from Amsterdam, and as I couldn’t check into my room until 2pm I spent the day wandering. With the Spanish language and grandiose European architecture it would occasionally occur to me that I am in South America and not somewhere in Spain.

I went back to the hostel in the afternoon and there are maps pinned all over the wall of travel opportunities around South America. This is not good for someone who has wanderlust and is committed to spending the trip in just two cities.

I have friends who have lived in Buenos Aires (or visited longer than they planned) and have talked about what a great city it is. With this background I came here with a heavy burden of expectation. Fortunately I haven’t been let down. I like big urban metropolises so this is a city that suits my style.

Buenos Aires is described as the Paris of South America and I can see the resemblance. On my first morning here I was wandering around in a jetlag state of mind and it wasn’t registering with me that I was in South America for the first time in my life because it looked like a big grand European city. 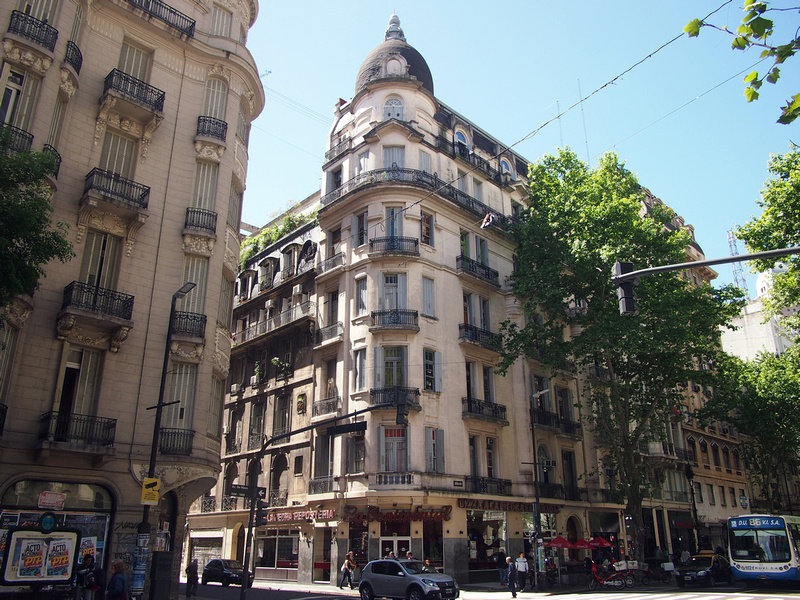 I was brought back to continental reality when I had lunch and coffee. $4 for a steak and $1.40 for a cafe con leche. Yep, definitely not Paris. Also not Paris was this band of drummers dancing down the street. I’m not sure if this was because it was a long weekend or if it was just a normal Saturday night but either way it was a great introduction to the city. 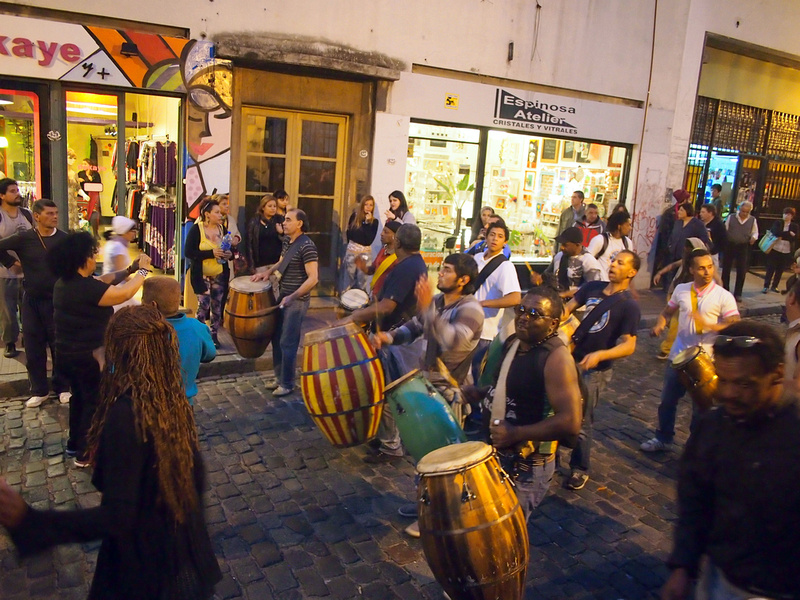 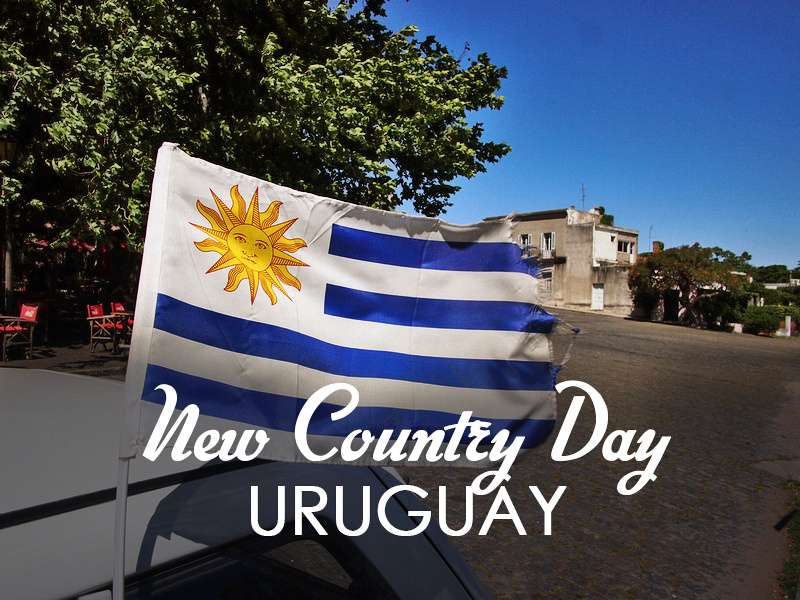 I’ve gotten better at resisting borders that are close by, but in the case of visiting Uruguay it made sense to visit while I was in Buenos Aires in Argentina. The two countries are separated by the Uruguay river and the Rio de la Plate. Even if you are in BA for a short time you could still visit Montevideo on a day trip.

I came to Buenos Aires as part of a campaign with Air France/KLM, and given that Air France also serve Montevideo via BA, I elected to depart from there.

Getting to Uruguay from Buenos Aires is easy enough. In fact it was on of the more pleasant surface border crossings I can recall. There is a catamaran ferry service from Buenos Aires to Colonia and Montevideo in Uruguay. At the Buenos Aires side the Argentina and Uruguay immigration officials sit in booths next to each other so you are technically admitted to Uruguay before you leave. At Colonia the port is close to the old town and you can walk to your accommodation. 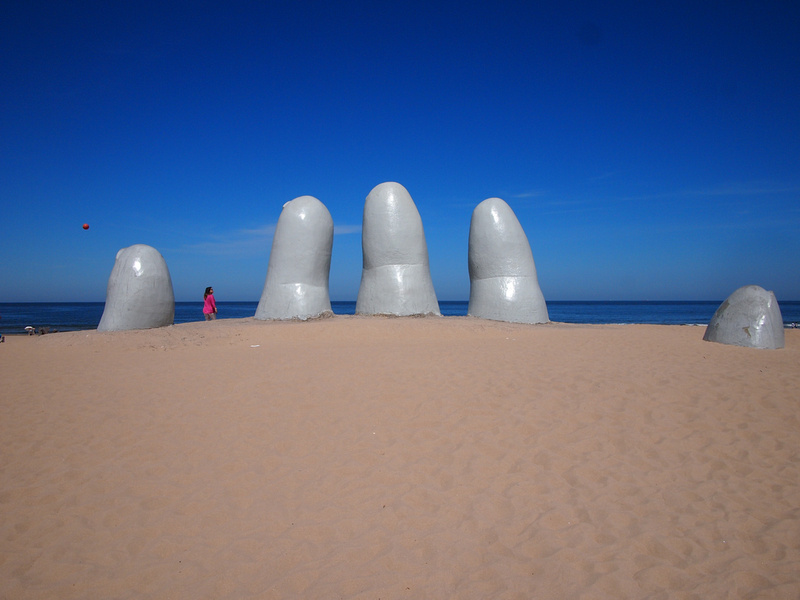 The hand (by Chilean artist Mario Irarrázabal) has become the landmark image of Punta del Este, and I’ve even seen it as the representative icon of Uruguay in some tourist brochures.

Punta del Este is sometimes described as the Monaco of South America. Hmm, I don’t know about that one as it was a low-season ghost-town when I was there. That comparison is more for the wealthy South Americans who come to holiday here, and perhaps attend to banking in the relatively stable Uruguay (relative to Argentina and Brazil.)

Either way, it is a cool piece of public art and one that is loved by the local kids. It took me a while to get a shot where everyone had cleared away from it, but I left this one kid in the image for scale.

My trip to Uruguay included Colonia, Punta del Este, and Montevideo. From Montevideo I then got my return flight to Paris and London.

I’m in London for the annual World Travel Market.