Greetings from Budapest. I’m back in one of my favourite cities of Europe after a few years absence. The last time I was here it wasn’t on the digital nomad map. Other Eastern European cities like Prague, Sofia, and Bucharest became nomad hubs yet there was little talk of Budapest.

On this trip I’ve noticed a small community of location independent workers basing here, and there are some cool cafes that are good to work from. Budapest still remains as a great value European city (compared to western European cities), especially as the local currency (the Forint) has devalued against the Euro.

Last month was one of the busiest travel months I’ve ever had. I must be making up travel time after spending three months in Saigon. I stayed in 26 different cities in the month of July, which might equal the travel intensity of my first trip around Europe in 2000.

It looks like a crazy month on paper but it was one of the most enjoyable travel months I’ve had in years. I was travelling on a Eurail pass, which I will be writing a travel guide for later. On this trip I tried to visit as many new cities as possible, and spending 4-5 hours a day on a train is a good day out for me. 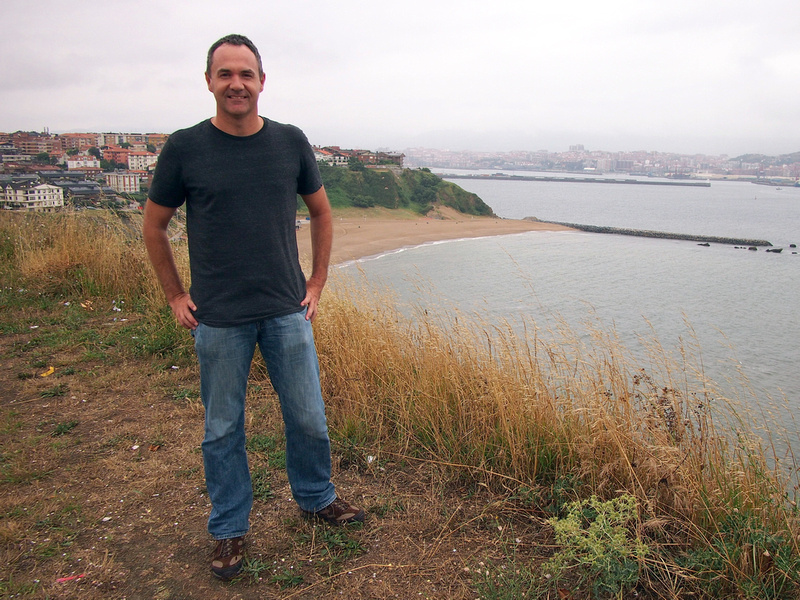 [At Getxo, near Bilbao in Spain.]

After a the busiest travel month I’ve had in years this month will be a bit slower. My mission is to visit some of the digital nomad hotspots of Europe, so I will be going to Budapest, Prague, and Berlin. If you’re in any of those cities let me know.

I admire those who can travel every day and still put out blog posts. I had a grand idea of posting everyday on this trip but it didn’t work out that way. Here is what I did post:

Couchsurfing in Groningen, Netherlands
Don’t go to Bremen, they said – It’s an industrial scheiße-stadt, they said 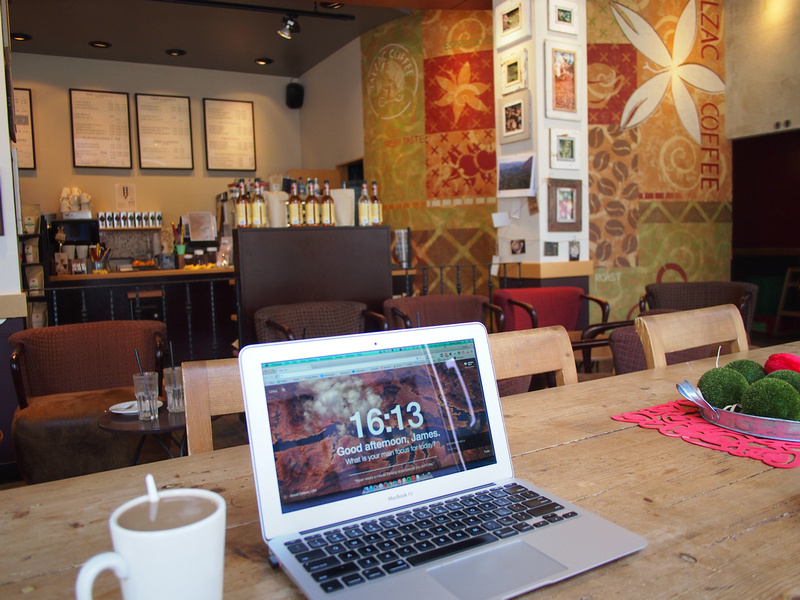 I’m travelling around Europe this month but I still take some time in the day to find a cafe and do a bit of work. This weeks Office Of The Week is in Hamburg, Germany.