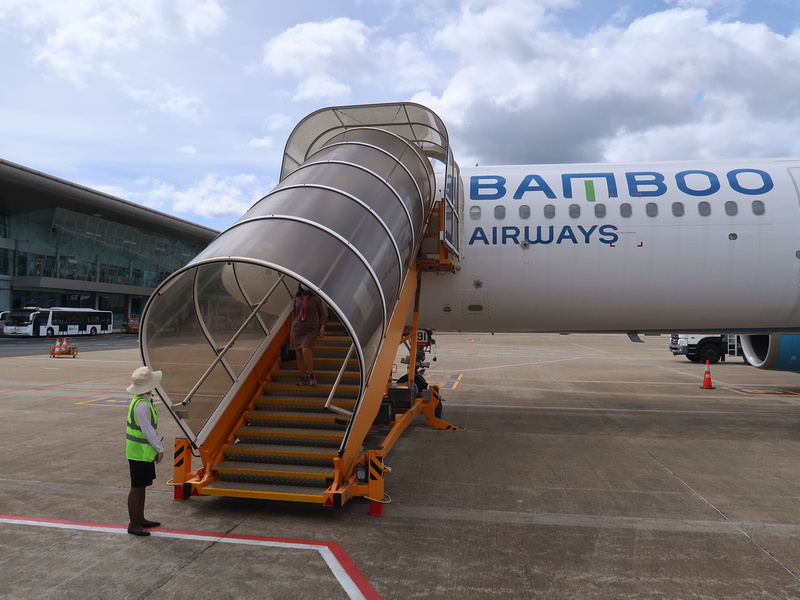 I flew with Bamboo Airways from Ho Chi Minh City to Da Lat. Even though its only about 300 km between the two cities, it takes 8 hours by bus to make the journey so I decided to fly this time.

I went with an Economy Saver ticket, which starts at $2. After taxes and fees are added the total price was $25.41 USD. 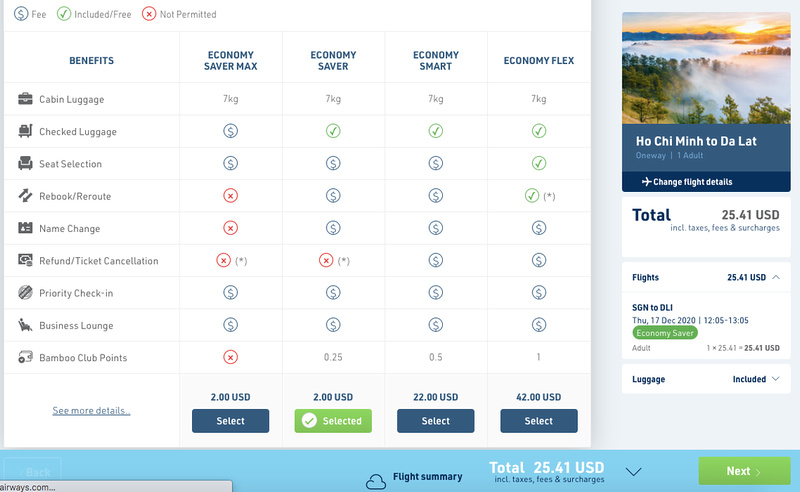 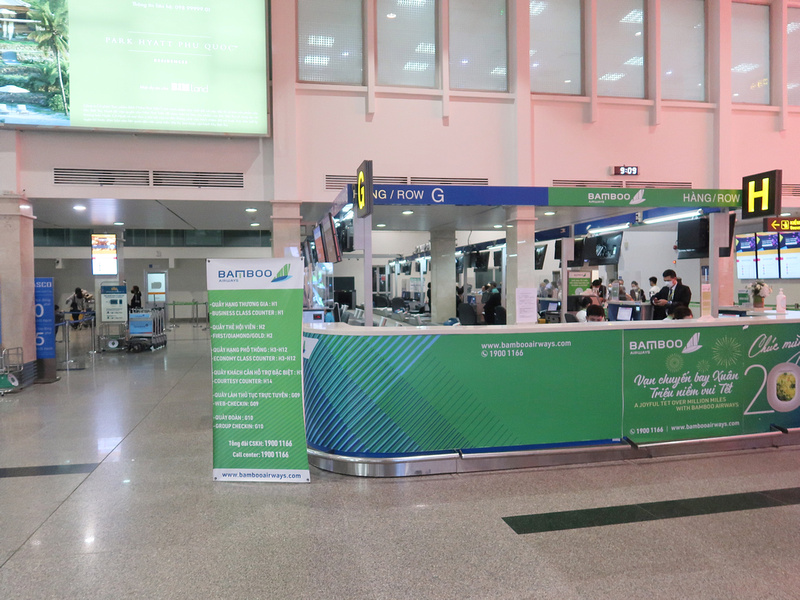 Bamboo Airways began operations in January 2019, and in under two years, they have been voted as Asia’s leading regional airline by World Travel Awards. 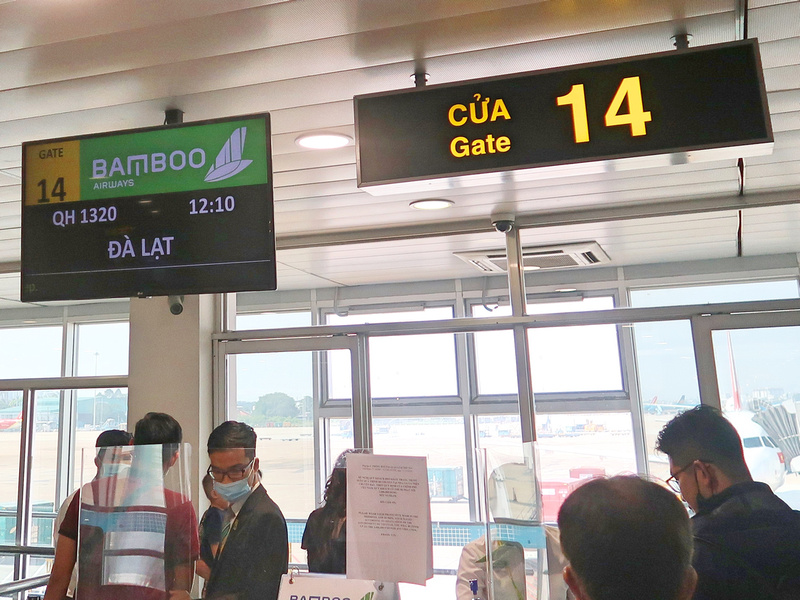 There was no airbridge available, so we were bussed to the aircraft. 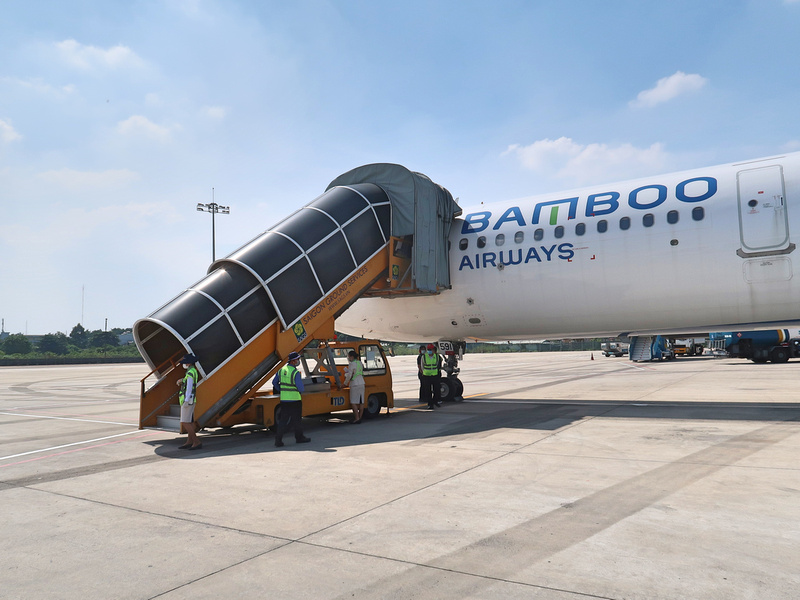 Upon taking my economy seat it looked like the new seats were slightly shorter, without reducing comfort. 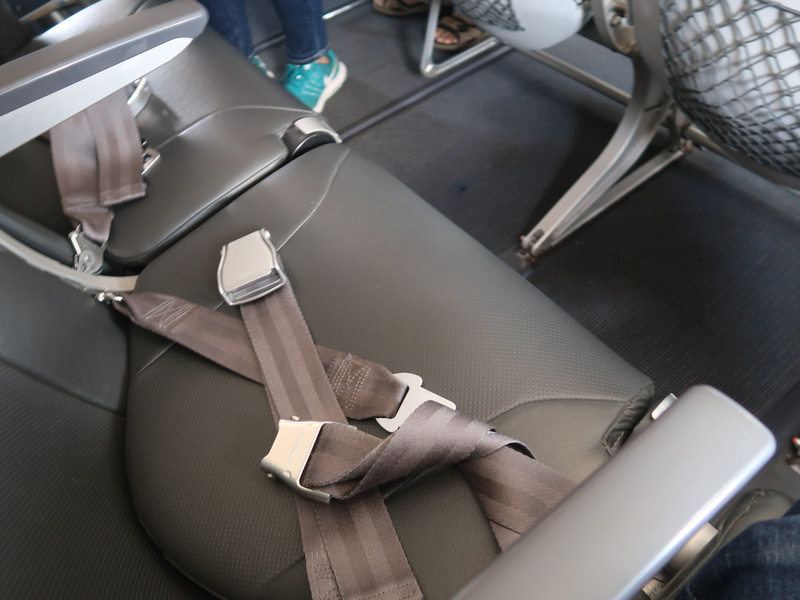 The most important seat metric is legroom. My brain doesn’t work in inch spacing, so all I know is that as long as my knees aren’t touching the front seat then we’re good. In this case, I had more than a fistful of space between my knees and the seat. 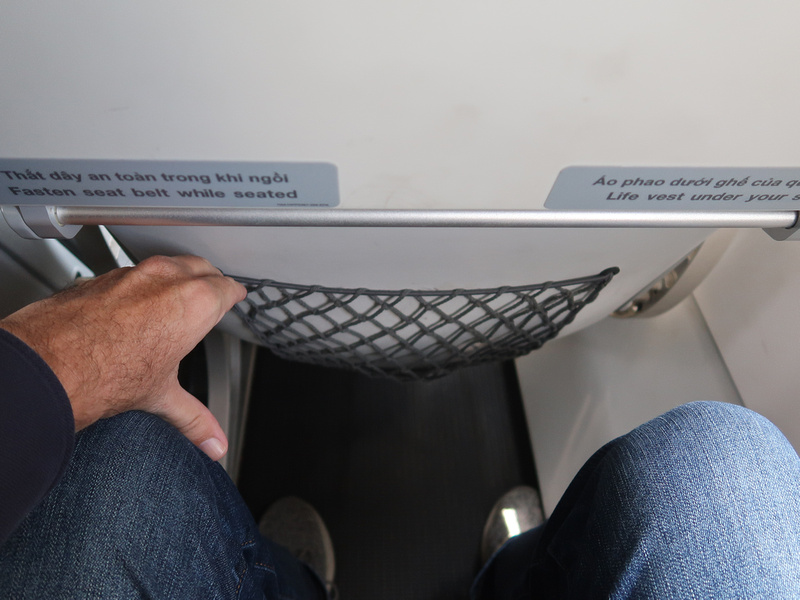 These new seats also come with a USB port. 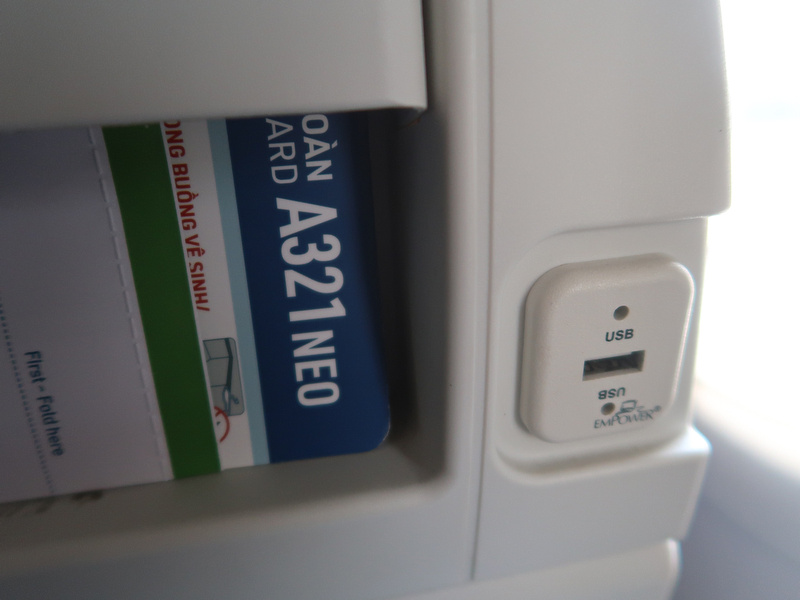 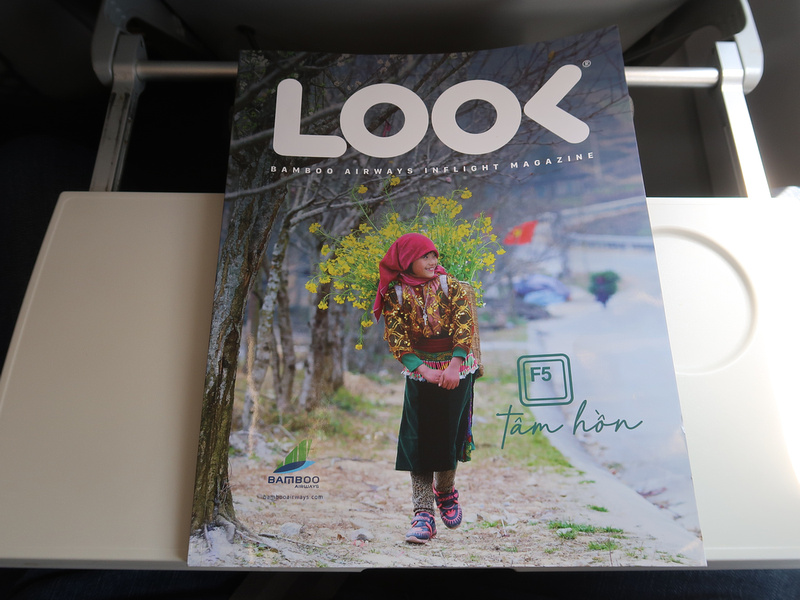 A free water and refresher towelette was provided. On previous flights I’ve taken we have been served a free hot meal. Meals services have been reduced during the pandemic, and also there would not be enough time to serve a meal on this flight. 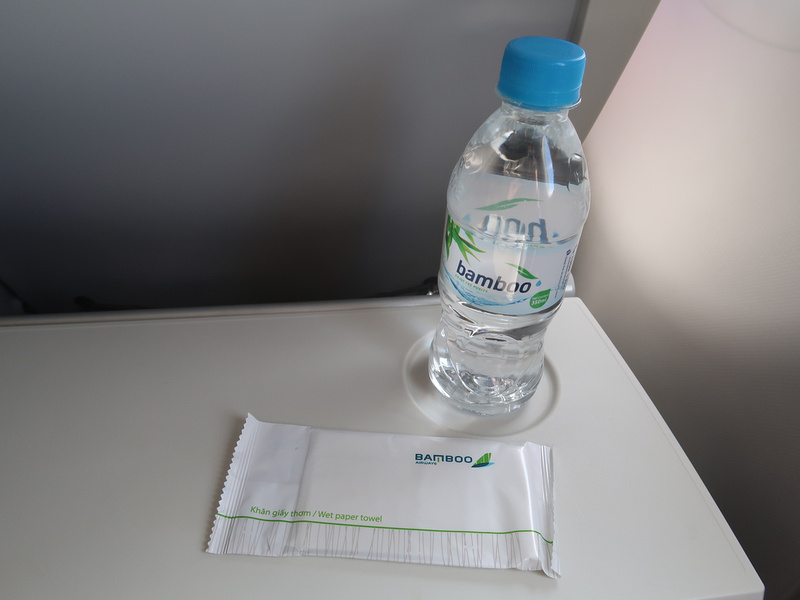 No sooner had we reached cruising altitude, we then began our descent.

The airport for Da Lat is Lien Khuong Airport. It’s not in Da Lat itself, but it’s marketed as Da Lat. 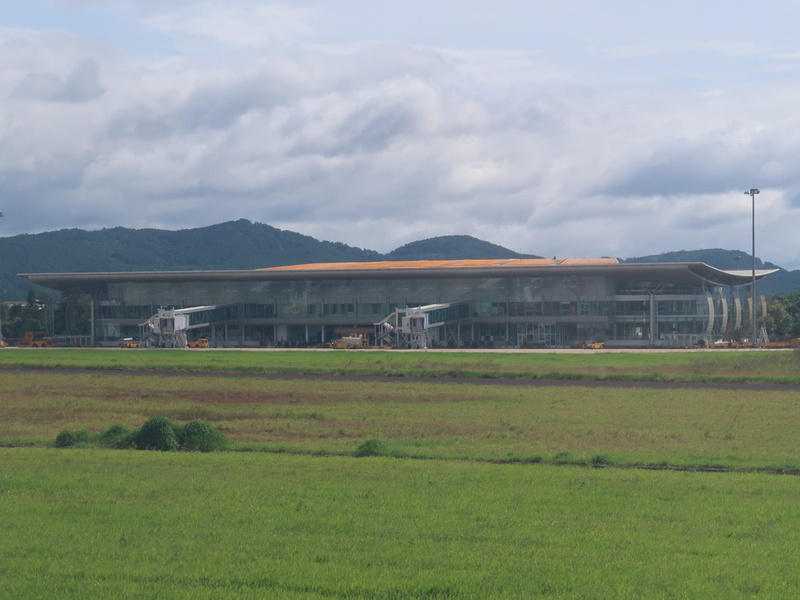 I noticed there were airbridges at the airport, but we disembarked on the tarmac. We were close enough to walk, but safety protocols consign us to the short bus shuttle.

Da Lat is a small airport, and by the time I had gone to the toilet my bag was already at the baggage carousel. 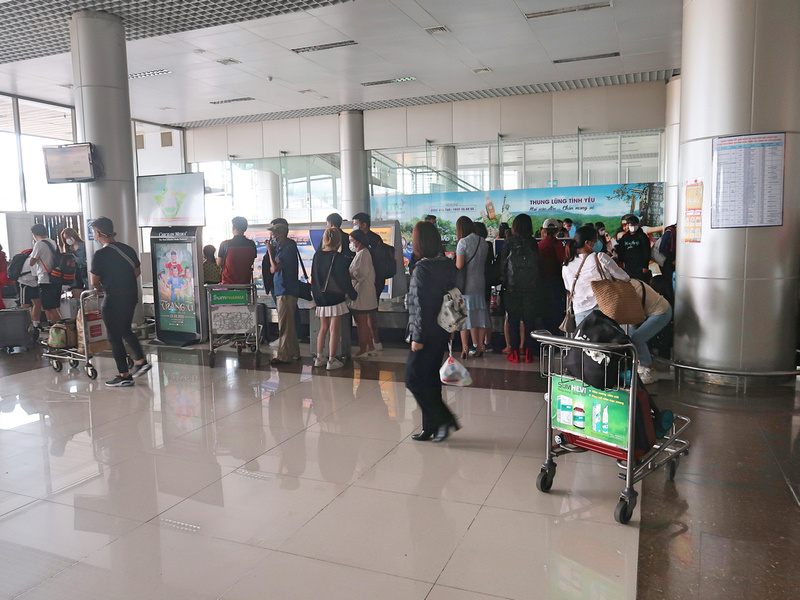 There are fixed-price taxi counters at the airport, and there is also a bus that goes to the city centre. The bus ticket is 40,000 VND ($1.75 USD) and it goes to the Ngoc Phat Hotel near the lake. From there it’s a 12-minute walk to the central market, or order a Grab taxi. 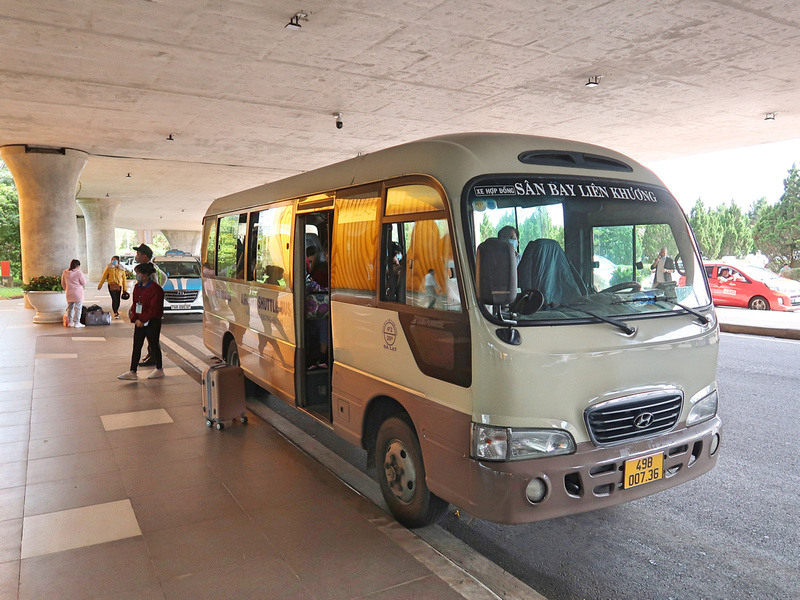 Overall this was a good flight option from Saigon to Da Lat. There used to be a railway that connected the two cities, and there have been talks of restoring the Da Lat–Thap Cham railway, which would connect to the North-South express railway. That’s unlikely to happen, so flying will remain the fastest option.