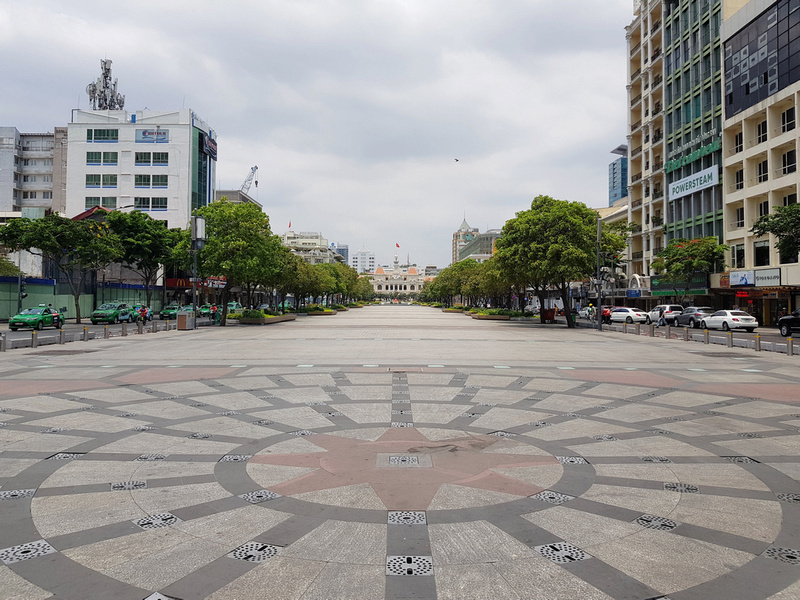 What a long month March was. That Lenin quote comes to mind where “there are decades where nothing happens; and there are weeks where decades happen.” I started the month in Saigon and I was still planning for travel for the months ahead. I had a trip organised to Malaysian Borneo with a friend that had not been cancelled yet. That obviously didn’t happen, and I’ve now cancelled all future trips. There will be no travel until further notice.

I had this trip to Thailand planned a few months in advance to attend an Asia railway conference. Not surprisingly the conference was cancelled, but I went ahead with the trip as I already had a flight and apartment paid for. At this point the travel world was still functioning, but it all changed in a matter of days.

Shops and restaurants were still open, though things were not normal. Hand sanitizer and temperature stations were at the entrance to most big buildings, and this sanitizing gate (which didn’t work) added to early-stage dystopia mood. 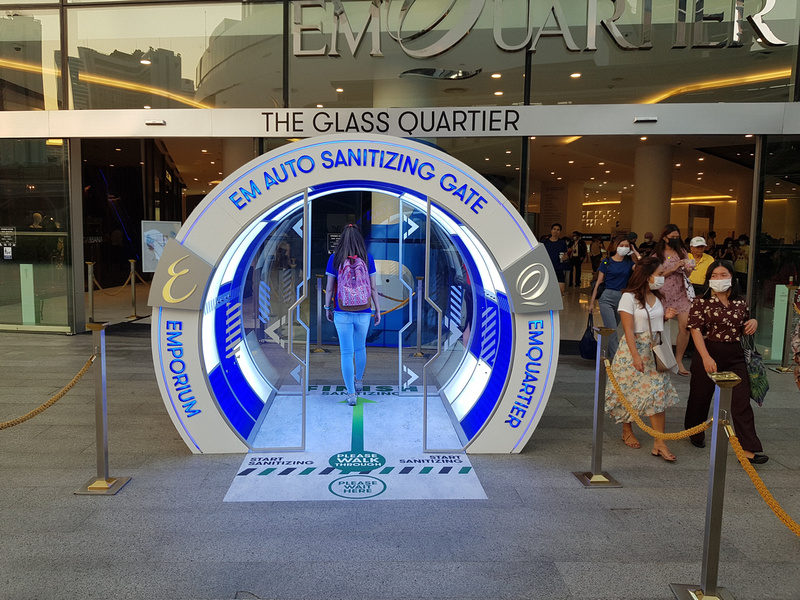 Around this time of year Bangkok suffers through poor air quality while farmers are burning sugar cane and rice fields in the surrounding provinces. Perhaps the reduced traffic had brought the AQI down to “only” 110. It is good advice to wear a mask, even without the virus. 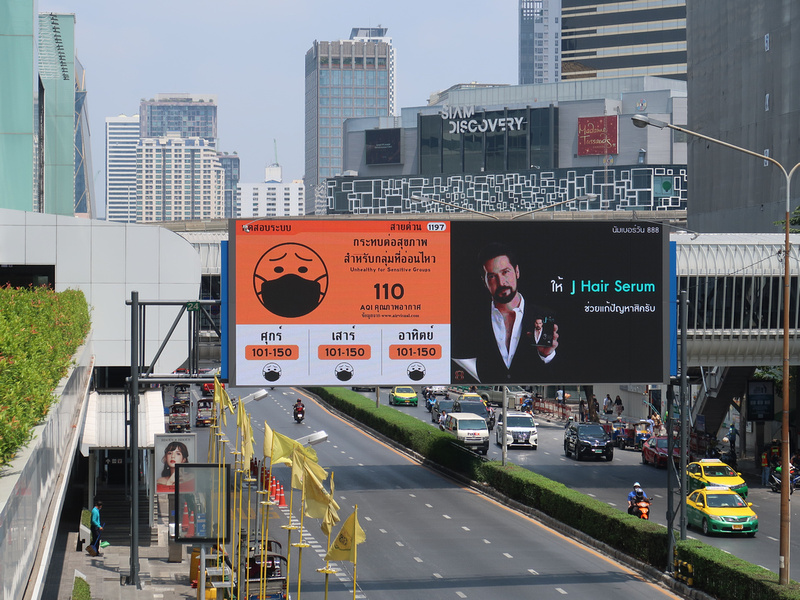 While I was in Bangkok is was becoming obvious that the world was going into lockdown. For people still travelling it was now time to go back home, and for nomads it was time to pick where they can best ride out this storm.

My original plan was to attend the rail conference and then go by train along the Eastern Economic Corridor (Chonburi, Pattaya, and Rayong). This area will be served by a planned high-speed railway that will connect Don Muang Airport and Suvarnabhumi Airport in Bangkok to U-Tapao/Pattaya Airport in Rayong. The new train will put these places within commuter distance of Bangkok, so I want to visit these places as part of my project on Southeast Asia railways.

I was then going to fly back from U-Tapao on the newly launched VietJet Air Ho Chi Minh City – Pattaya service. This route has since been cancelled, though I’m not sure if it was the virus or lack of demand that killed it. This new route was announced at the end of 2019, which topped off an incredible year of growth in the Vietnam aviation market. Now the tourism industry will look back at 2019 and wonder when the recovery will ever get back to 2019 levels.

I got the train to Bang Saen Beach in Chonburi province (the closest beach to Bangkok), but I decided to cut the trip short and get back to Vietnam as soon as possible. It was obvious by now that all travel should stop. 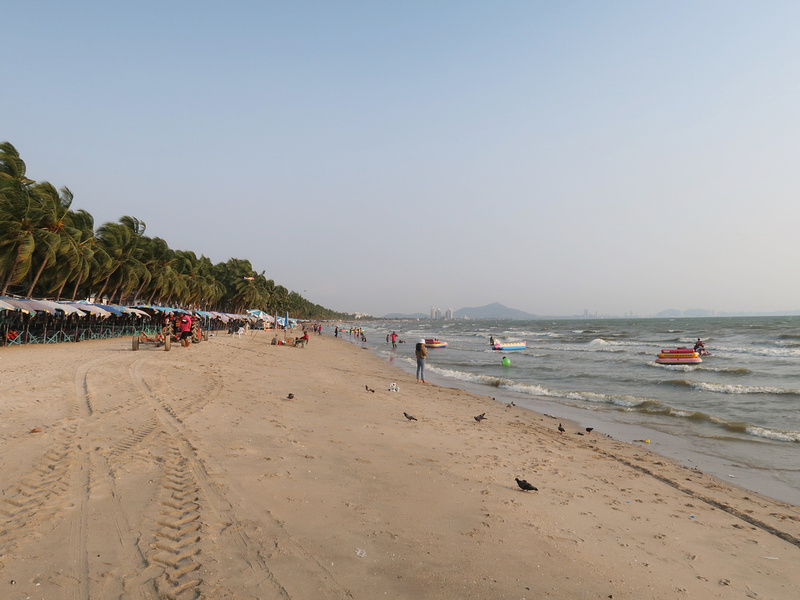 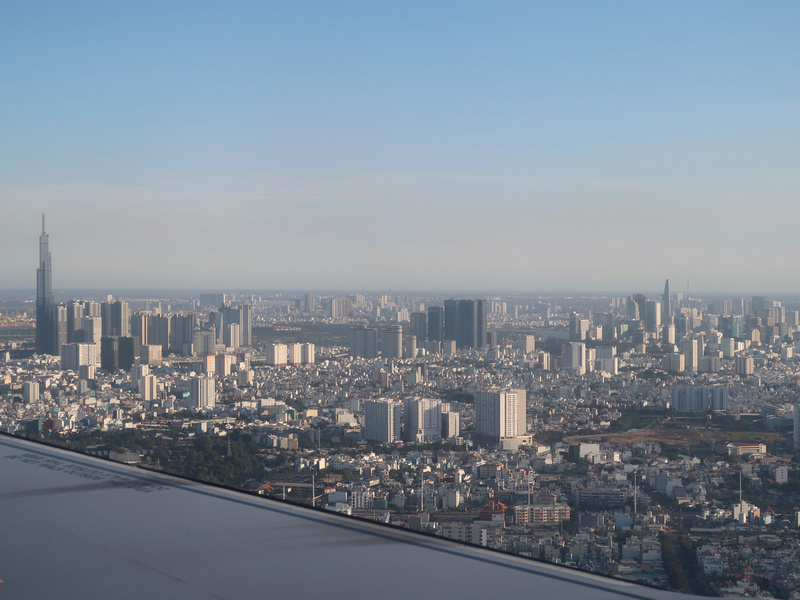 I arrived in Ho Chi Minh City on the 14th, and once I got through the lengthy queues for the health screening process at the airport I was relieved to get back to my room. The travel industry news site Skift labelled March 14, 2020 as The Day the World Stopped Traveling. By the 18th no new tourist visas were being issued to enter Vietnam.

Every day in the news there are announcements of how many new cases there are, and the travel history of each case. The flights of each new cases are listed, so I kept an eye on my flight in case I had to declare myself to be tested at a hospital.

So far Vietnam has done a good job of containing this thing. With limited resources compared to Singapore or South Korea, prevention has been a high priority here. Travellers have been quarantined if they were on a flight with a case. Compare that with Australia, where passengers on a ship with known cases were allowed to disembark in the middle of Sydney. 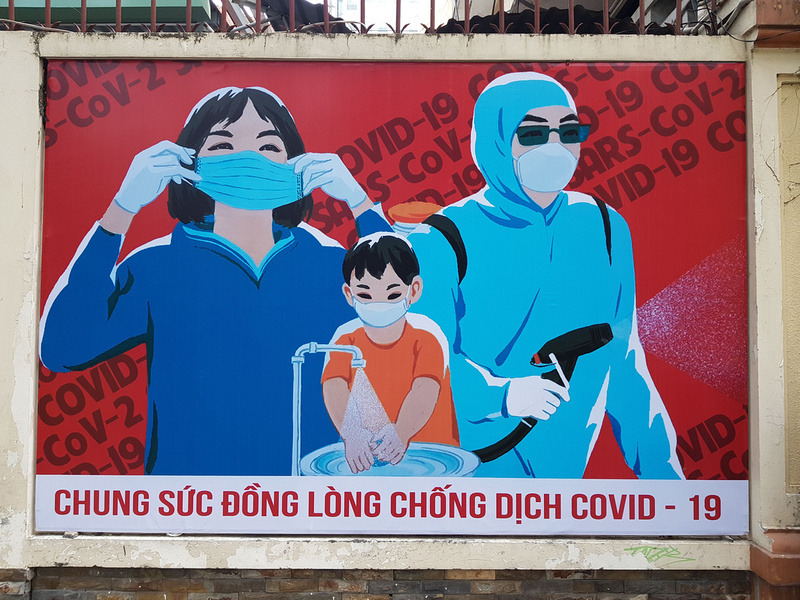 It has been more of a staged withdrawal rather than abrupt lockdown here. Businesses have gradually been closing down, international flights stopped, and regional buses are now cancelled. It’s a sad site to see this cafe-loving city turn into a ghost town.

By the end of the month it was announced that people should only leave home in emergency cases, for two weeks. 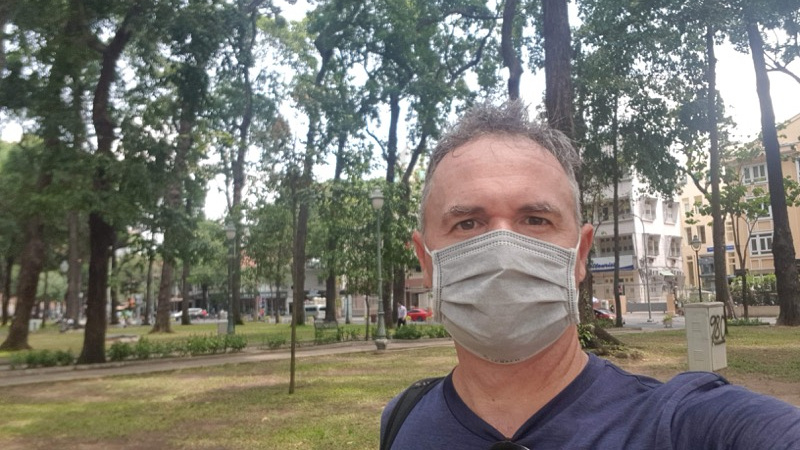 I’ve caught up with my trip reports, and sadly there is no travel on the horizon. My trip to India seems so long ago now.

Old Goa – Time machine dreams and the fragility of civilisation.