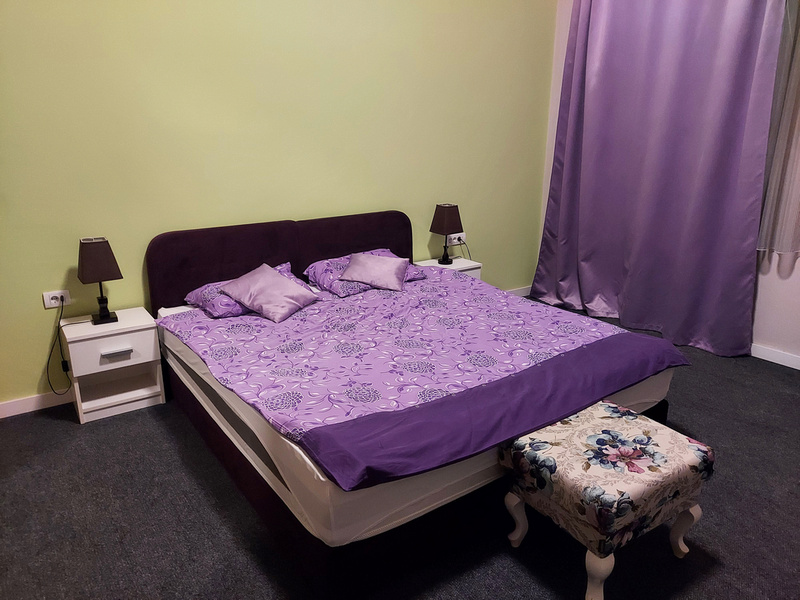 I stayed at App&Rooms “Rime” in Sarajevo, Bosnia and Herzegovina. I booked online at the rate of €18 per night, and I selected it for its price and location in Sarajevo.

I was unfamiliar with Sarajevo, so I studied the map to work out if this was in a good area. My general rule is to be near the old town area without being in it, and also being within walking distance of the train station (if the city isn’t too big). This apartment ticked those boxes.

The App&Rooms “Rime” (a name I couldn’t work out its meaning) is near the border of the old European section and the new town area (Novo Sarajevo). 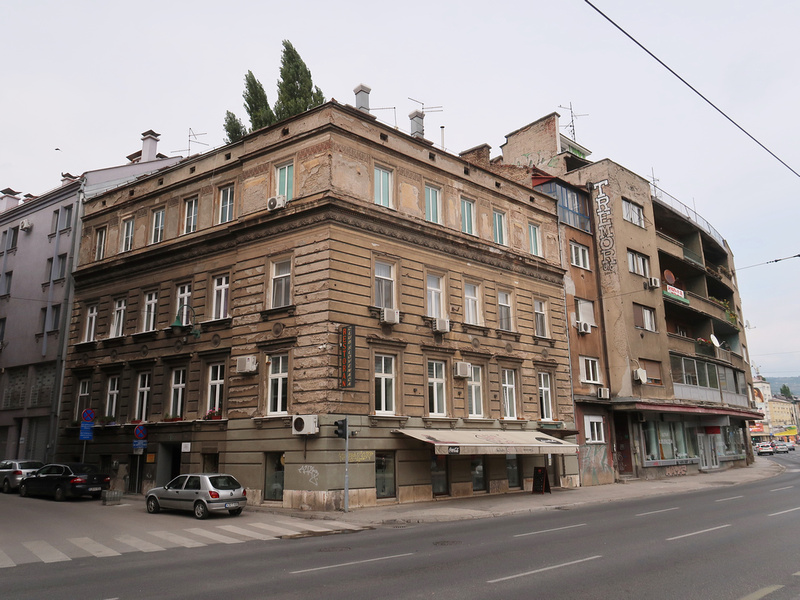 Apartment accommodation appeared to be the cheapest private room stays in Sarajevo (much like in Croatia). I should have learned from my Croatian experience to plan my arrival better, but I forgot. Being an apartment, you need to arrange for someone to let you in or explain where the keys are. I arrived at the door with no way of knowing what to do next. Fortunately, someone at the restaurant next door took pity on me and contacted the owner. It is this aspect of renting apartment rooms that makes me hesitant to book. 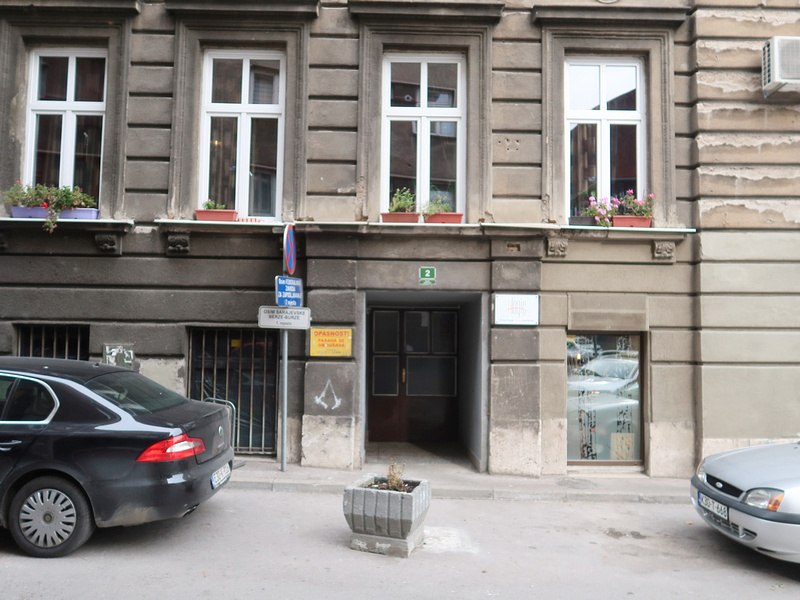 Anyway, once I was let in I was happy to be staying in an old apartment block, getting a glimpse of city living in Sarajevo. 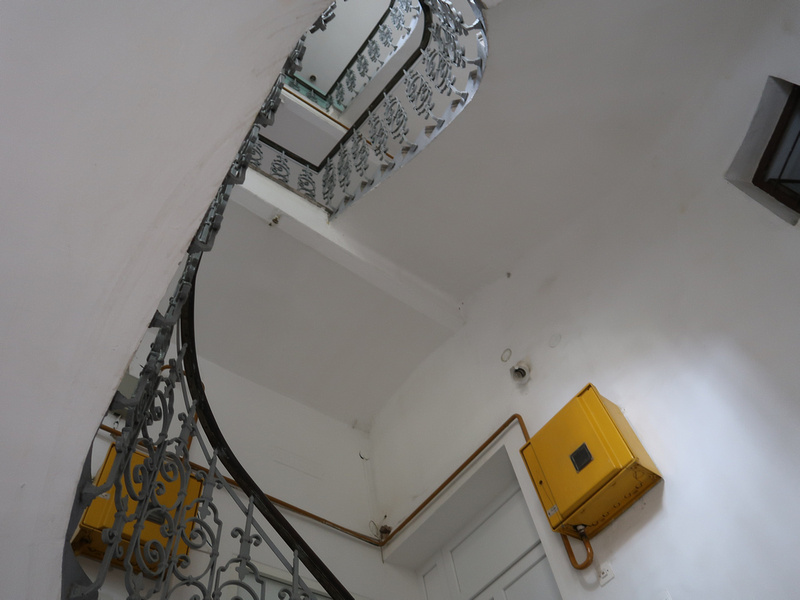 The apartment rental is one large apartment that has been subdivided into individual rentals. The front entrance features a common kitchen area where the room entrances meet. 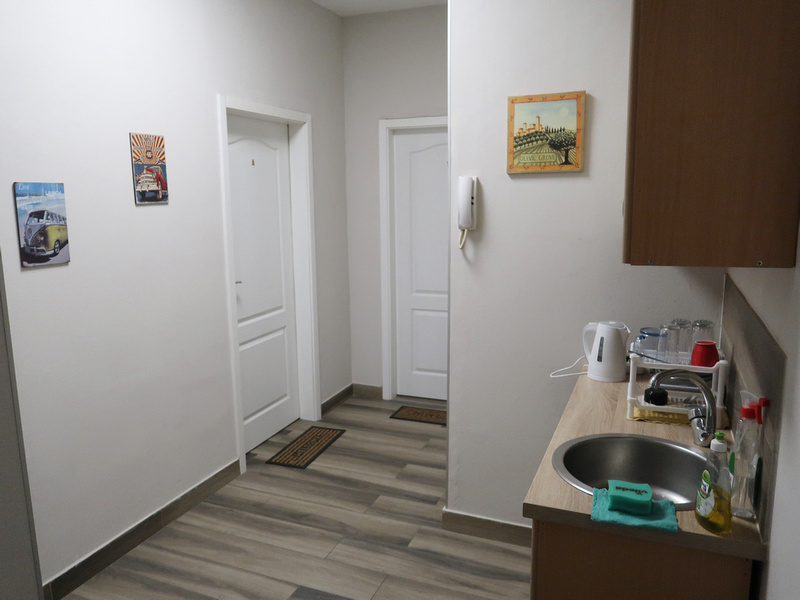 I got a double room with a private bathroom, and my room was exceptionally large. In addition to being noticeably large, the room was also in-your-face purple. While purple wouldn’t be my first choice of colour for decorating a room, I had come to appreciate the oddball decoration choices in the Balkans. It makes a change to the same minimalist whitewashed Airbnb design that is becoming too common.

The bed was comfortable, and it had useful power outlets by the bed. 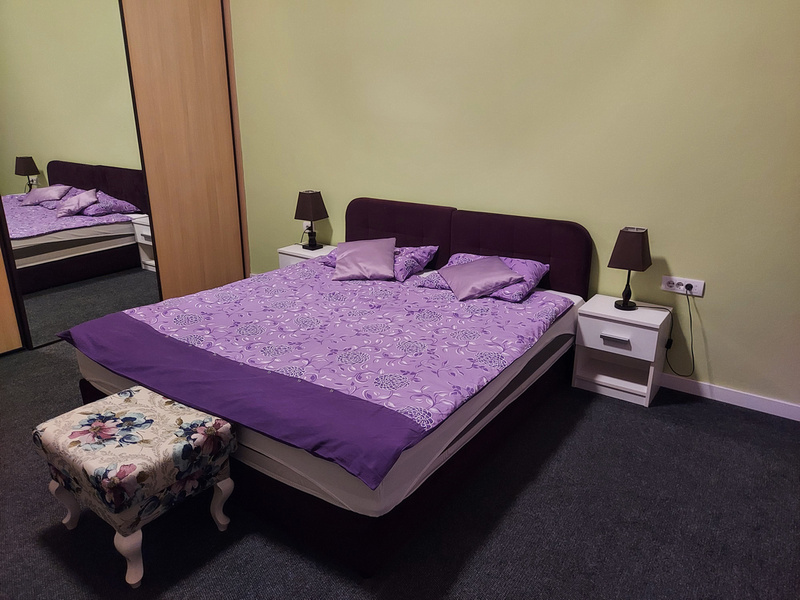 The room had a little work desk and TV (not that I would watch it). There is free wifi here, and at least logging in wasn’t as complicated as checking in. 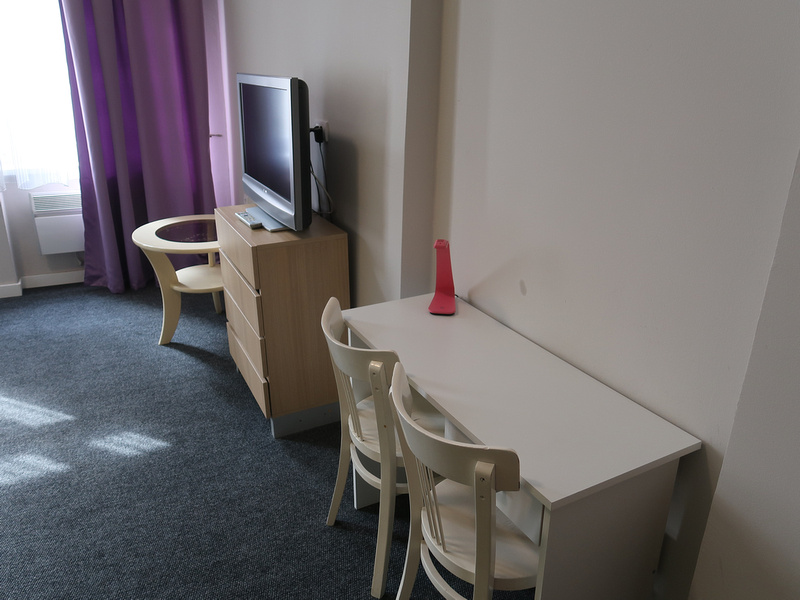 The place reminded me of another place I stayed at recently which had an enormous bedroom and tiny bathroom. And it is one thing to have a tiny bathroom, but it is another to not have enough space for toiletries. Apart from that quibble, it was kept in good condition. 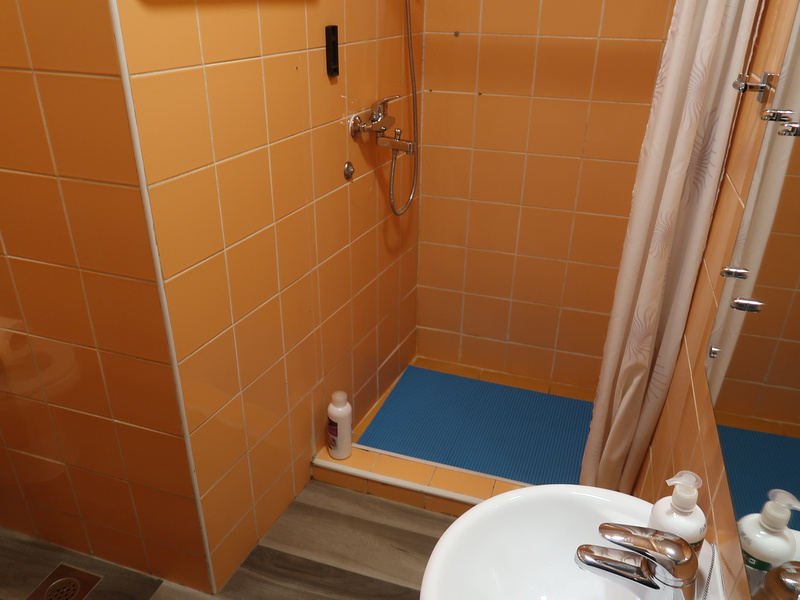 The room had big windows that looked out to the apartment block on the other side of the street. 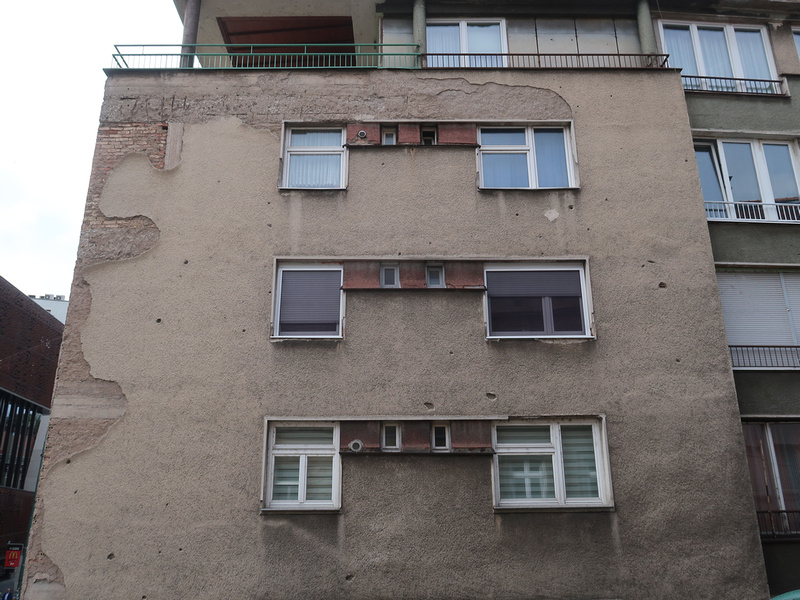 The apartment is on a small side street on a corner of one of the main tram streets. It was an ideal location for walking around the city, and there are plenty of food options nearby. You can also use the kitchen if you prefer to self-cater, though I didn’t check its facilities. 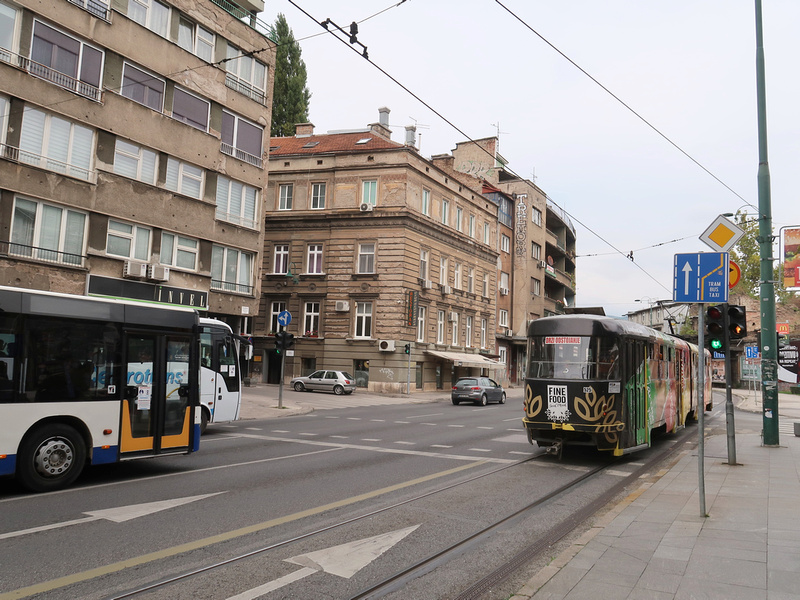 Overall this was a good place to stay on a budget in Sarajevo. This was about as cheap as a private room gets (the alternative being hostels), so I was happy with the outcome. Check rates for App&Rooms “Rime”, or search for more hotels in Sarajevo. And here is my full trip report on Sarajevo.