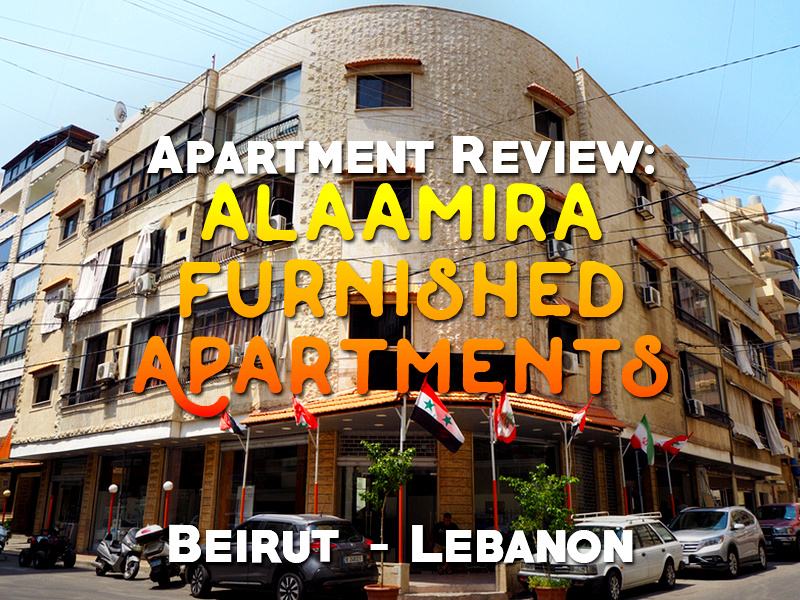 I stayed at the Alaamira Furnished Apartments in Beirut, Lebanon. This was my first trip to Beirut, and I had no idea about the city layout, or what streets and neighbourhoods to stay at. In the end I picked this for its price and its availability of internet. 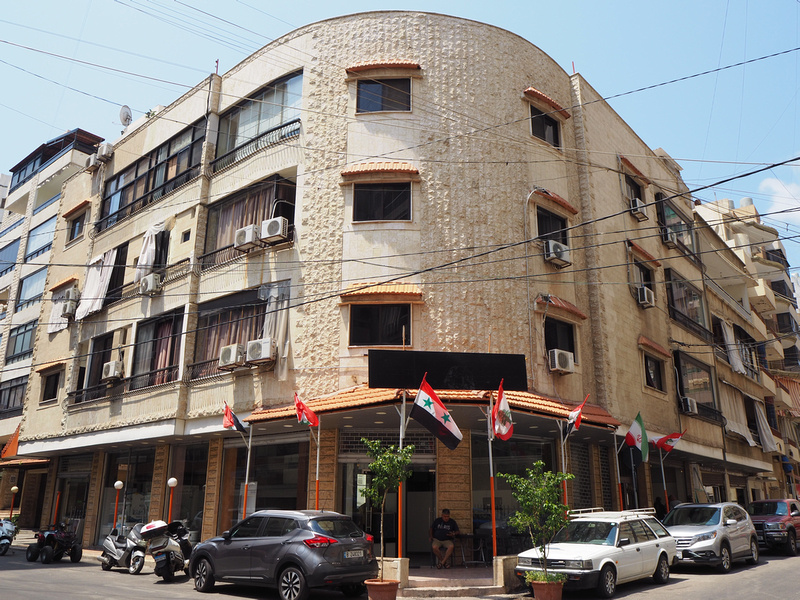 I emailed the apartment the day before to ask about how to get a taxi as there is no public transport. They arranged a driver to pick me up at the standard taxi rate (I saw online it is $15 USD). When I arrived the driver wasn’t there, so after some waiting around I bought an internet voucher to contact the hotel. The driver wasn’t allowed into the airport, which apparently happens some days. The owner then offered to pick me up, and he was there soon after. The co-owner was friendly and made me feel welcome to be in Lebanon. He provided a map of the city with some suggestions to get started. This was another reason that I picked this place, as the reviews had mentioned the apartments are a small owner-occupier place, so having someone on hand to offer advice was welcome. 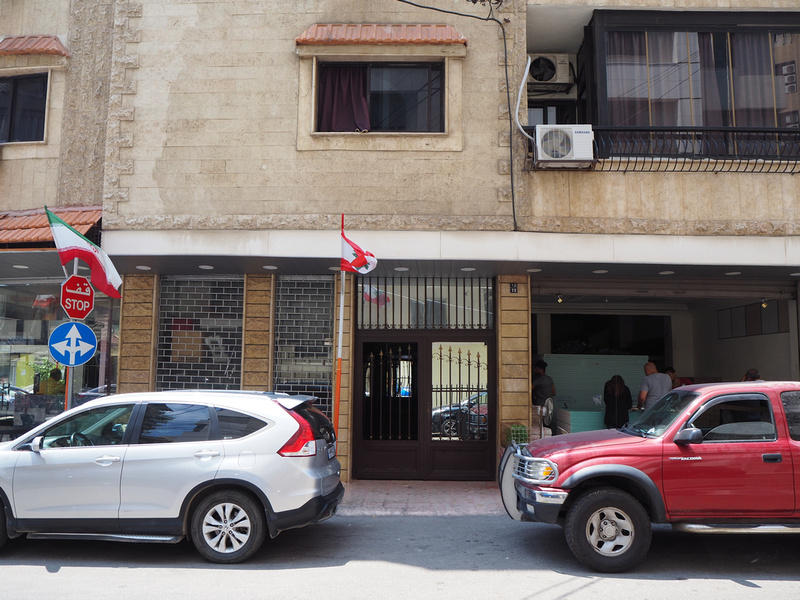 I got a single apartment room with bathroom and kitchenette. My room only had a window in the bathroom, which provide light for the rest of the room. The room had a fan and air conditioning, and the fan was enough to keep the room cool in this case. 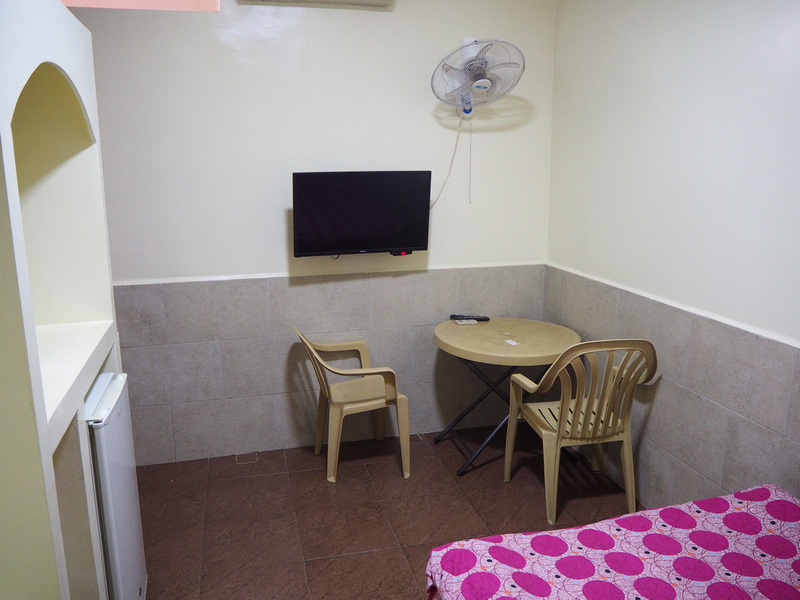 The single bed was comfortable and there were two power outlets next to the bed. There is free wifi at the apartment, and I was picking up several signals in my room. The internet was good for most of my stay. I had noticed when looking for places to stay that some places charge $5 a day, or don’t have wifi at all, so this was one of my main considerations. 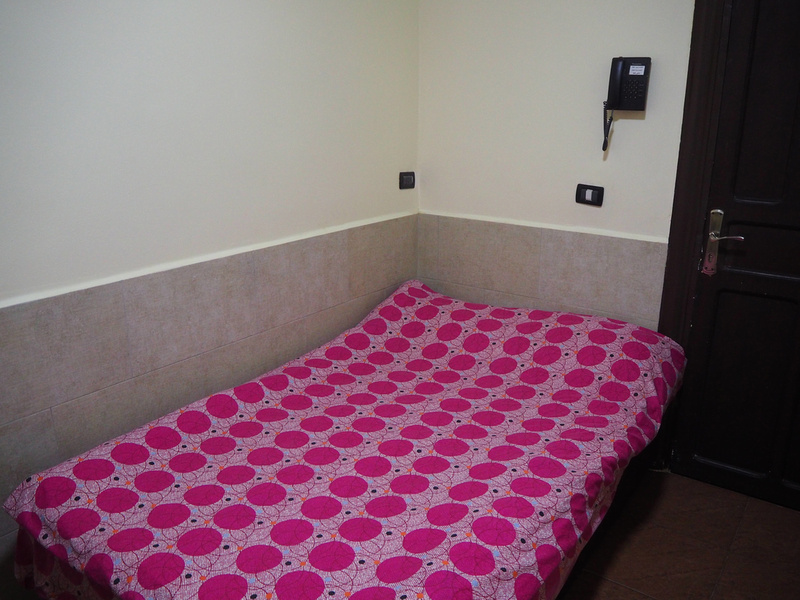 The bathroom was a toilet with the shower in the same cubicle. It was a small space and the water needed to be swept into the drain hole. 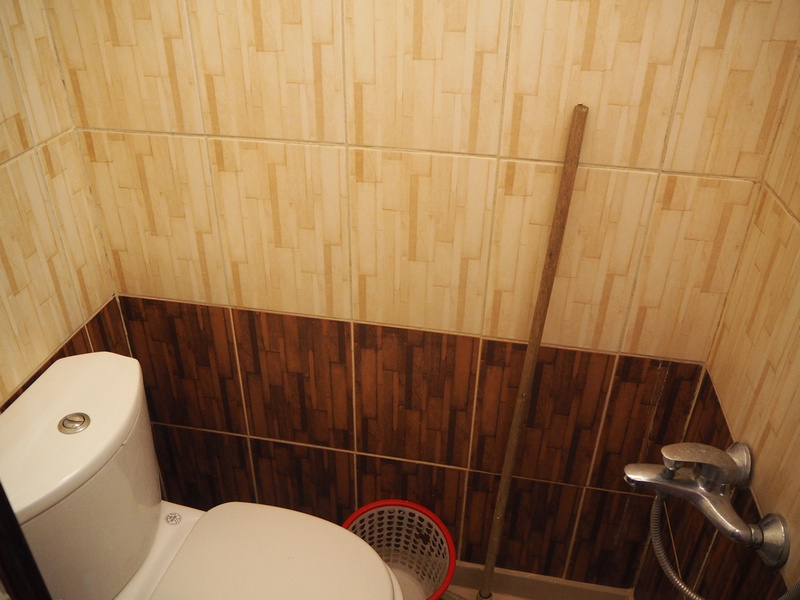 Being an apartment rental there is a kitchenette as well. The kitchenette also doubles as the bathroom sink. Included is a portable table top gas cooker, and some utensils in the cupboard. I think this single room would be better to just be sold as a guesthouse room instead. Make the kitchen and bathroom one big space so there is more room for the shower and remove the bits that pass as a kitchen and make it a proper bathroom. 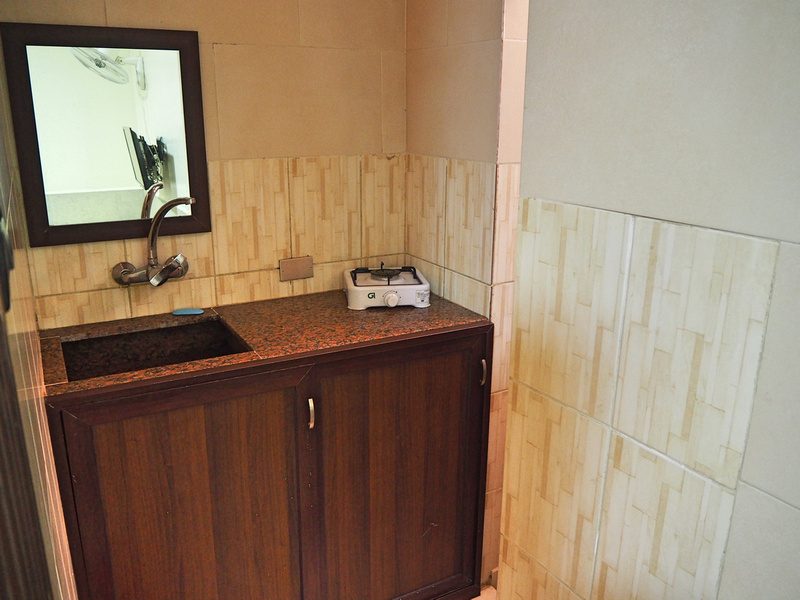 The apartment is in the suburbs of Beirut, so it’s a bit of a walk to the main sites. It took me 45 minutes to walk to the downtown area, which is straight down the road from the apartment. There is a bus that goes down this road (a minivan with Number 4 on it), and you just wave it down from the side of the road. Alternatively Uber is also operating in Beirut, and a ride to the main points of interest will be $5-7 USD. It would be helpful to get a sim card if you plan to rely on Uber. I ended up walking everywhere, which was exhausting in the summer heat.

Around the corner from the apartment is the Beirut Mall, which has a large supermarket in the basement. This is a good landmark to aim for if you need to give directions to a taxi. Also nearby is Horsh Beirut – a pine forest that is the largest park in Beirut. 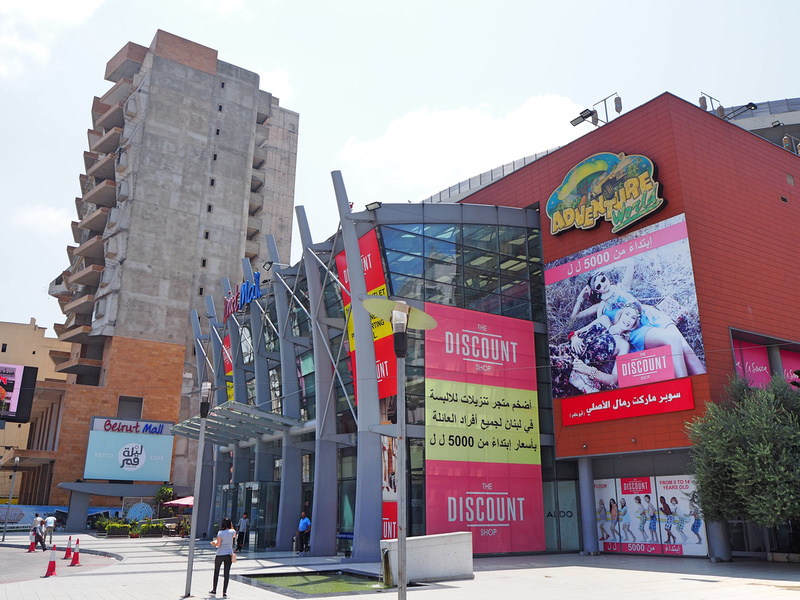 Beirut has lots of cool neighbourhoods all over the place, and the apartment is a 10 minute walk to Badaro. This neighbourhood has become one of the coolest areas in Beirut, with Badaro Street being a hub of cafes and bars.

Overall this was an adequate place to stay, but being a walker I would have preferred to be closer to town. Book the Alaamira Furnished Apartments online or search for more hotels in Beirut.