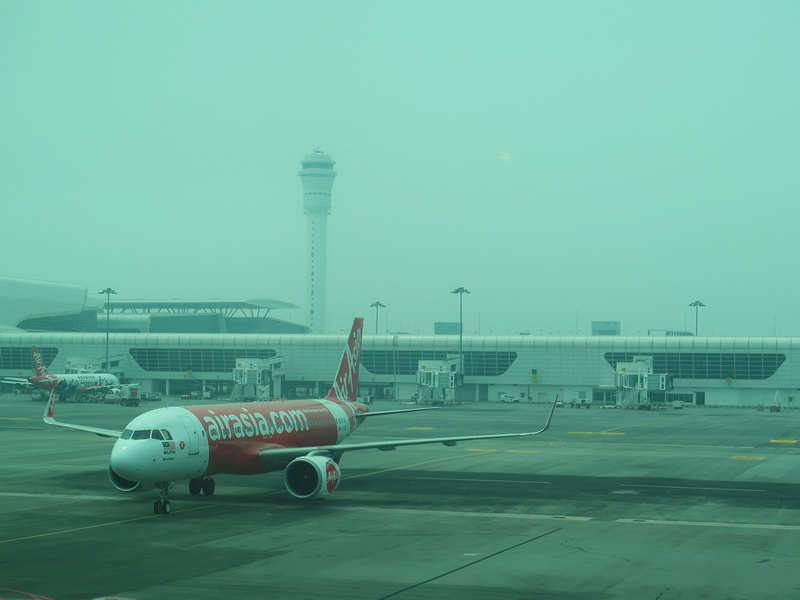 I flew with AirAsia from Kuala Lumpur to Palembang, Indonesia. AirAsia are the only airline that fly this route, but I still like to compare flights with Skyscanner just in case there are other options or a new flight I didn’t know about. I also flew with AirAsia from Ho Chi Minh City to KL, but it was booked separately and not a Fly-Thru service which is available in KL and Bangkok.

Being based in Southeast Asia I’ve flown through the KL budget airline terminal enough times to know my way around there. I have a favourite food court on the land side of the departure hall, and there are cheap meals there (ie not crazy airport prices). I went a bit earlier to get a nasi lemak. 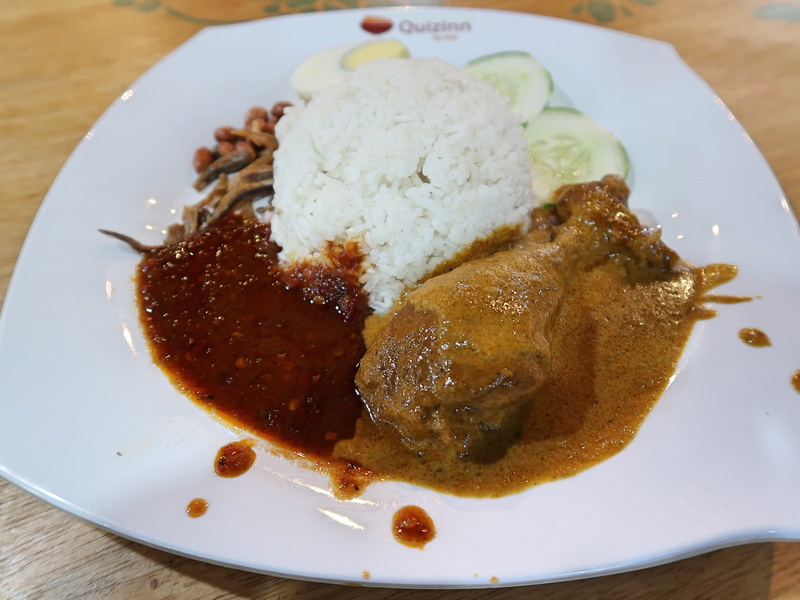 AirAsia has self-check-in kiosks that work for most flights. I try and avoid flying early in the morning here as it’s mayhem, but during the day it’s ok. 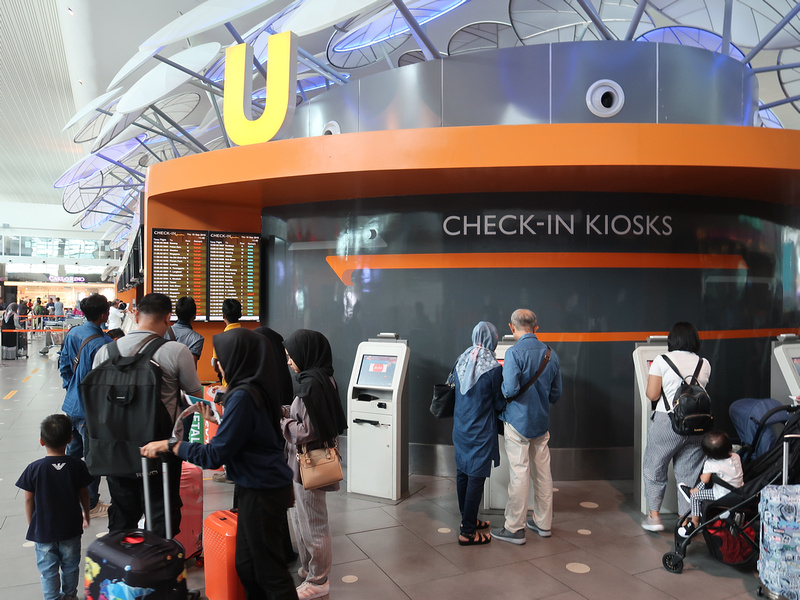 If you are flying somewhere that doesn’t require a visa then the check-in kiosks are ok, but as I need a visa for Indonesia the kiosk rejected my check-in and I had to go to a counter. The visa I need is visa-on-arrival anyway, but that is how the system works. There are plenty of check-in counters that are open for all flights, so there was no queue. 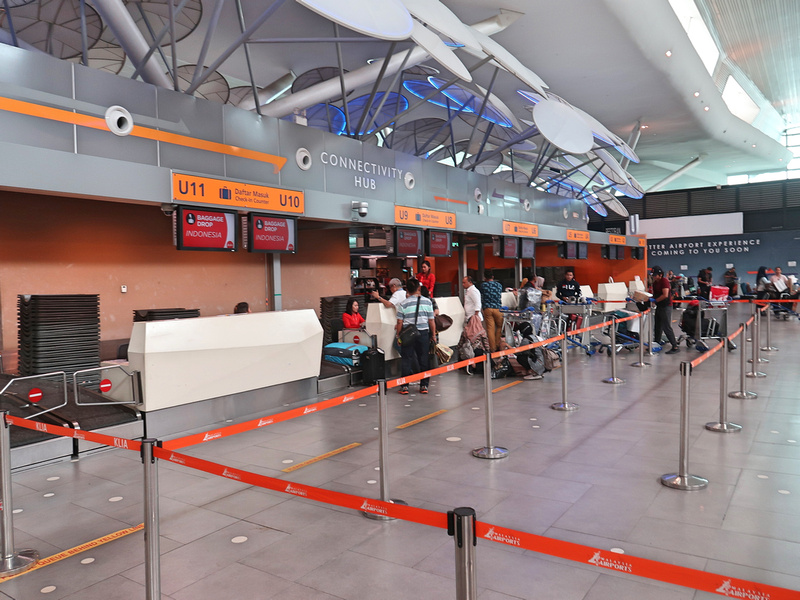 KLIA2 is a big terminal and most of the flights here are from AirAsia. 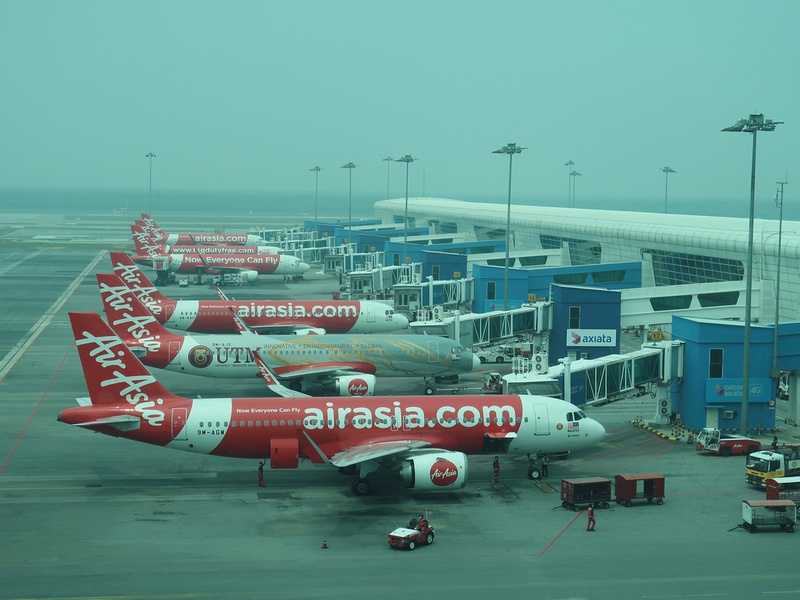 I always arrive early and then use my spare time to get some work done. There is a Starbucks in KLIA2, so this was my office for the day. 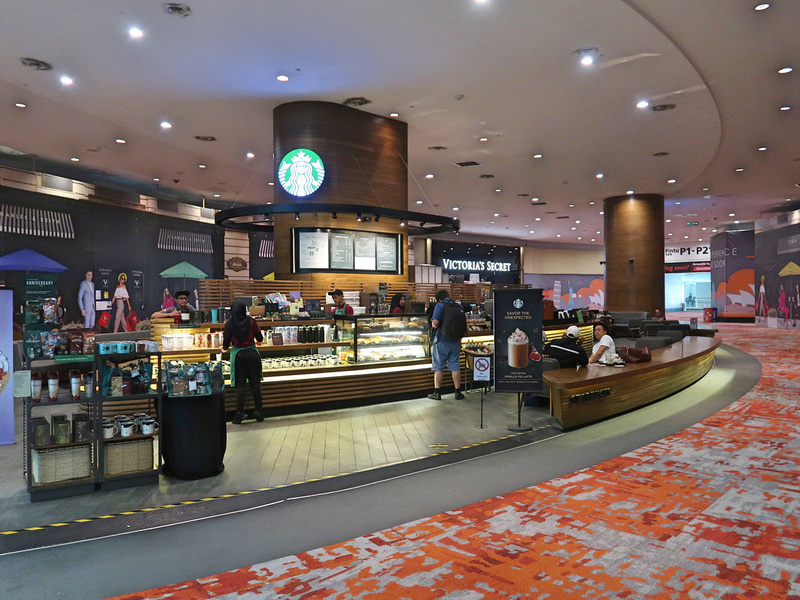 I was in KL while it was in the midst of a haze crisis, caused by burning forests in Sumatra. These clean air units in the airport were a bleak sneak preview of how we may live in the future. 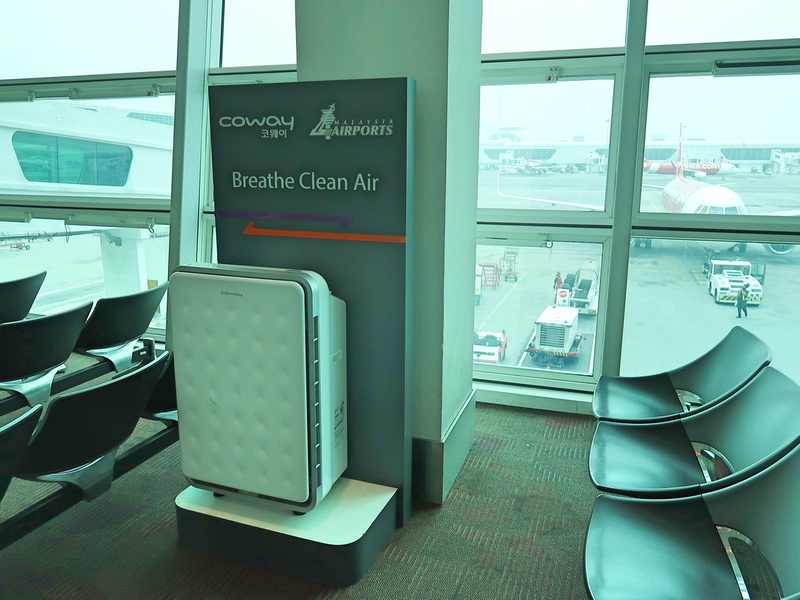 This was the view of the haze through a clear window.

After taking off it was good to see some blue sky again, and from above you could see the layer of haze. 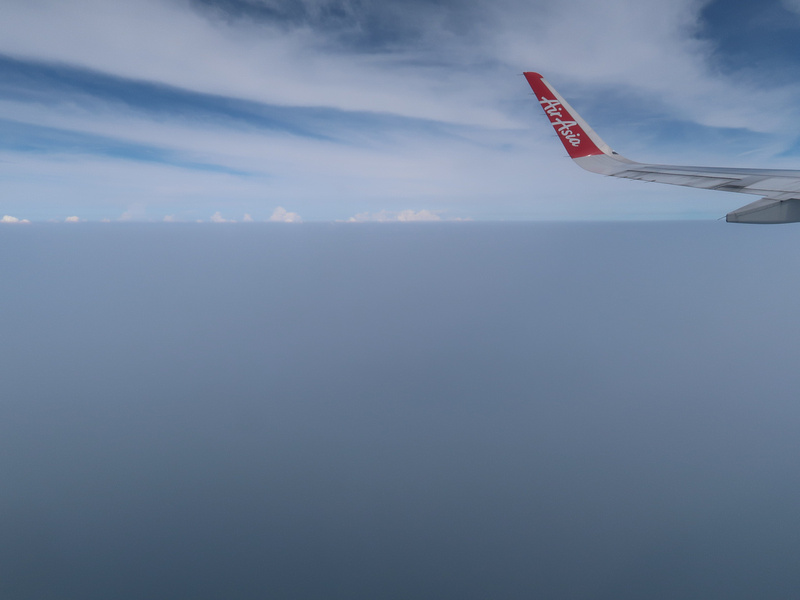 Travel 360 – the inflight magazine of AirAsia. 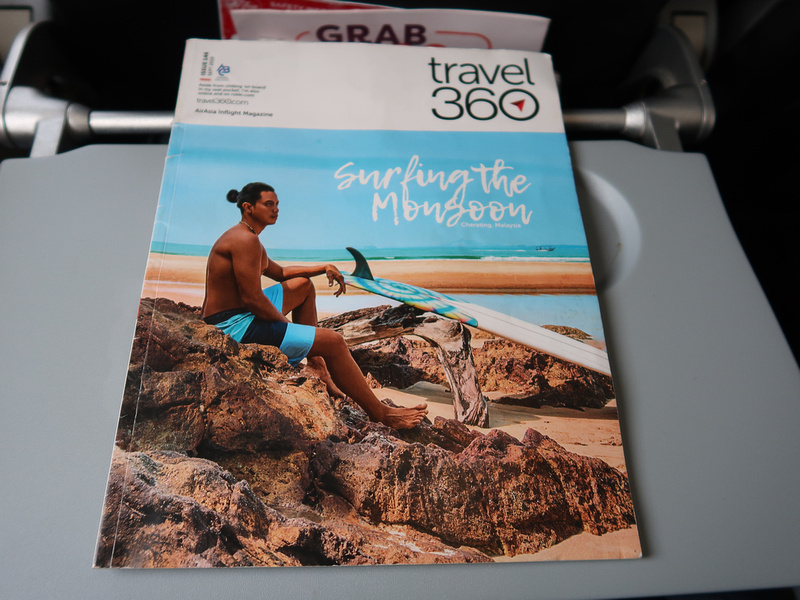 I always check the route map for future travel inspiration. And also because I like maps. 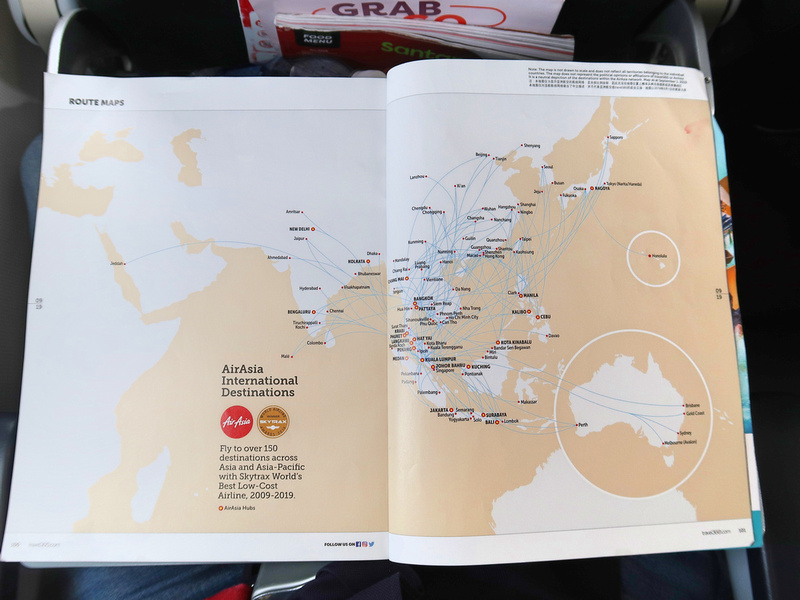 Palembang is about halfway between Kuala Lumpur and Jakarta. 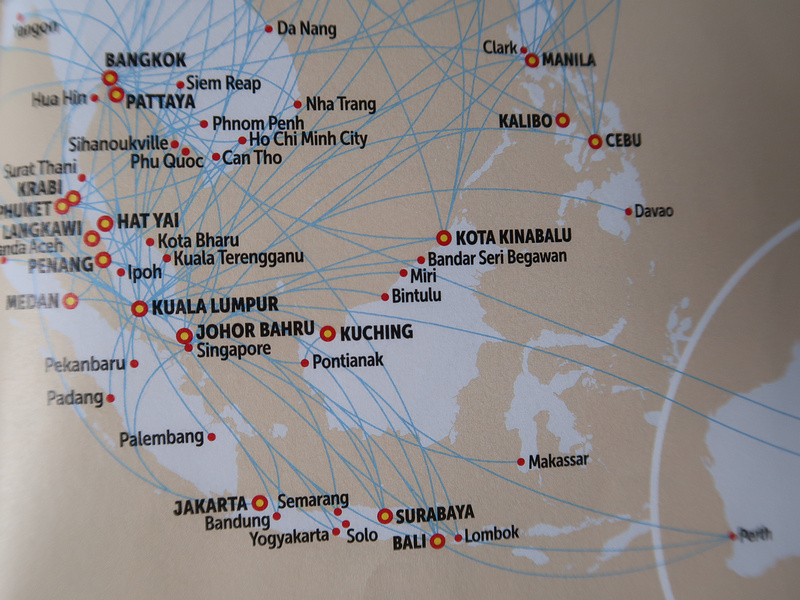 There is no free meal service, but you can order meals online before you fly or onboard. 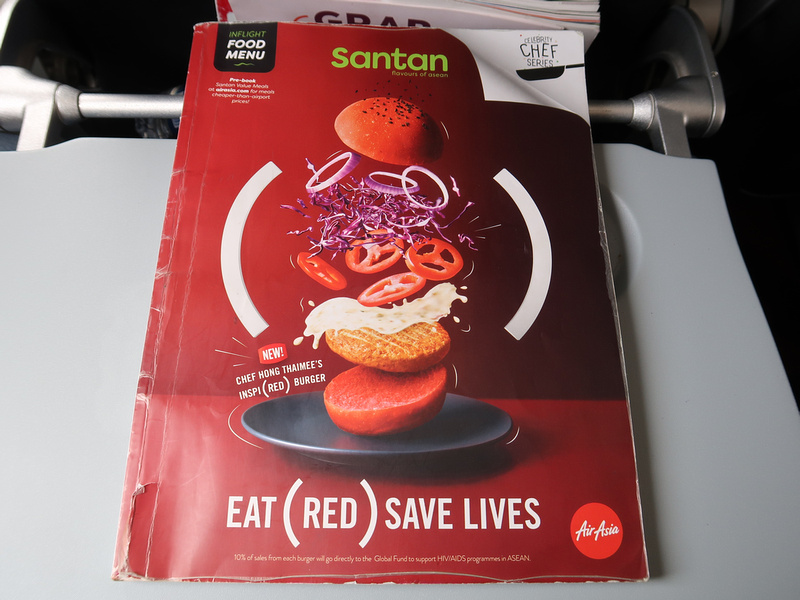 I don’t order meals on short flights, but the meals on AirAsia are pretty good for an airline. Hot meals are available for 15 MYR ($3.60 USD) 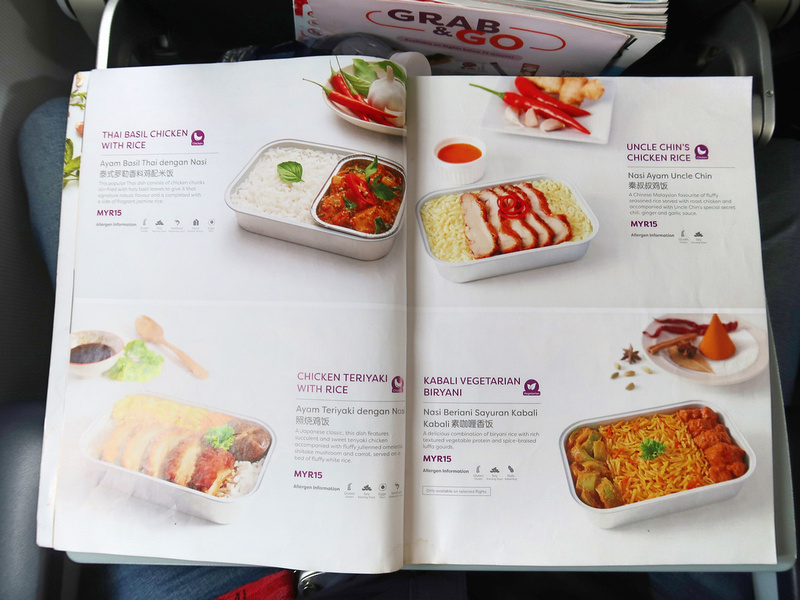 Drinks are also available to purchase. 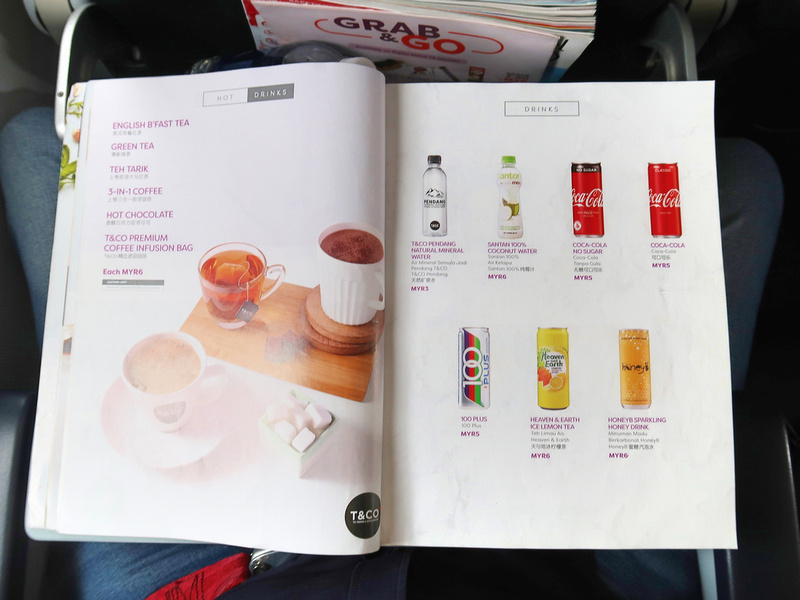 And if you can’t go without the internet for more than an hour there is internet available to purchase on selected AirAsia flights. 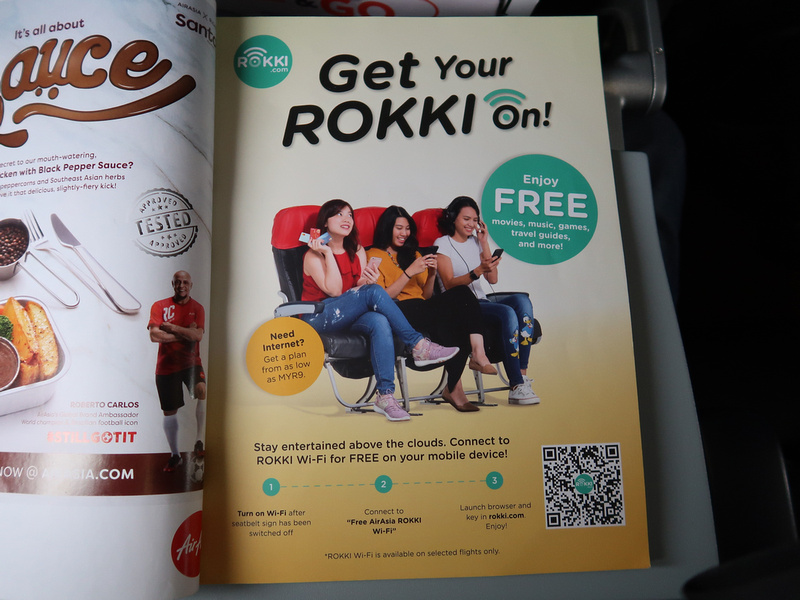 An Indonesian immigration form is handed out on this flight. They only had forms available in Indonesian though. There was one other westerner on the flight, and I suspect that they don’t get many tourists in general to Palembang, thus they didn’t have English forms. 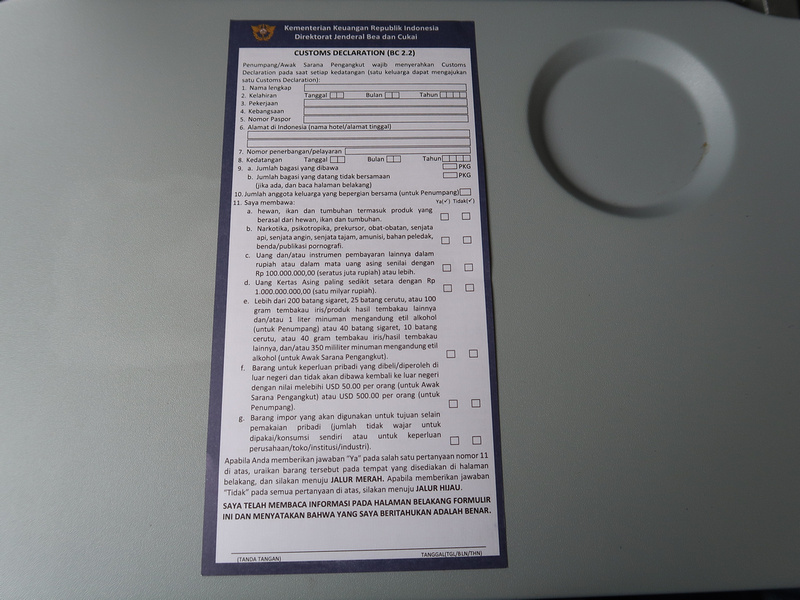 As we descended the haze returned to view. Apparently, this was not the worst haze area though. Further north was where the worst fires were. 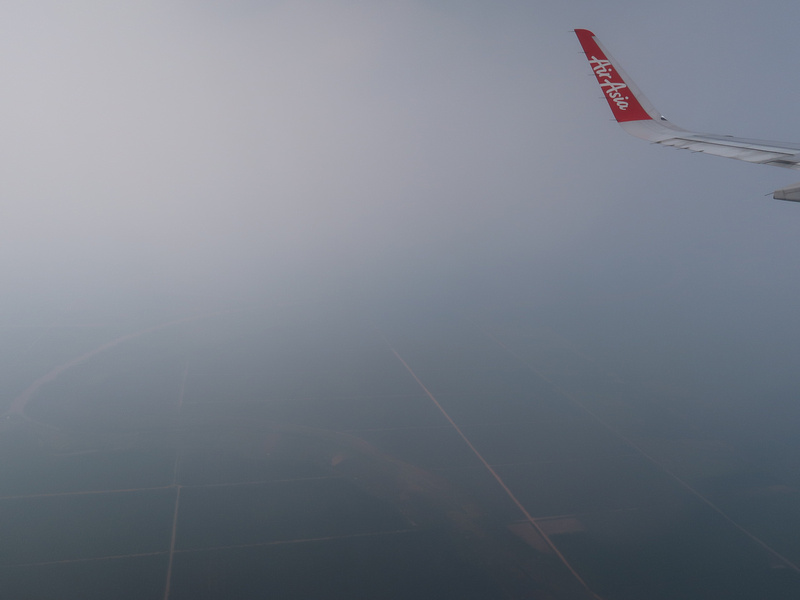 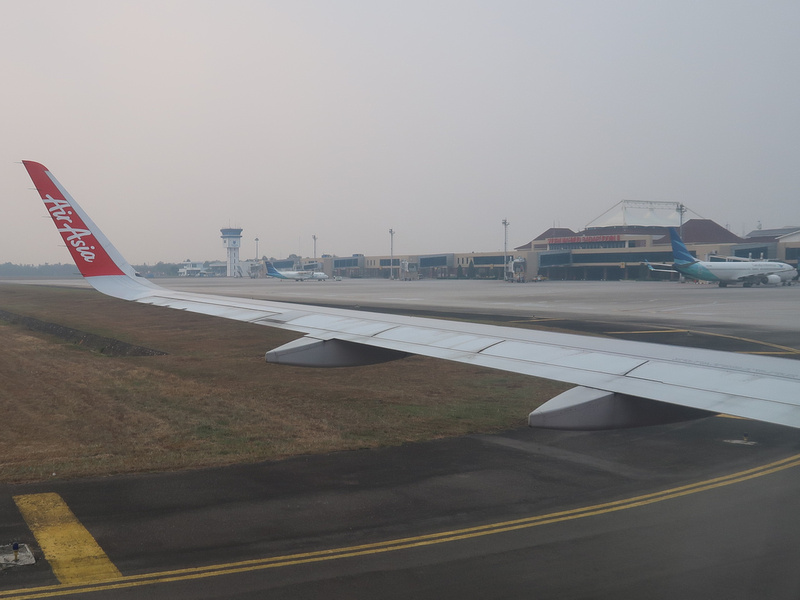 Our aircraft, as viewed through the haze and a blue-tinted window. 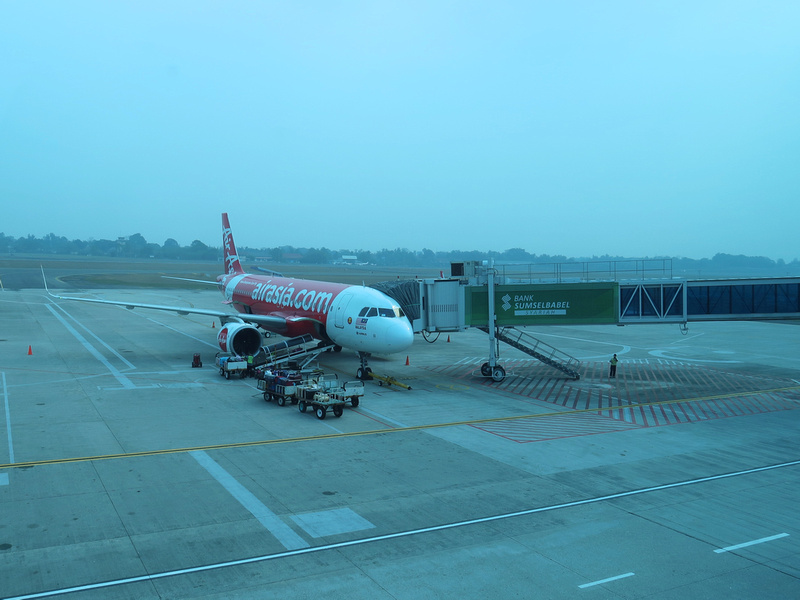 I enjoy arriving at these provincial airports, especially when immigration takes less than 10 minutes. It was also a good feeling to be back in Sumatra. 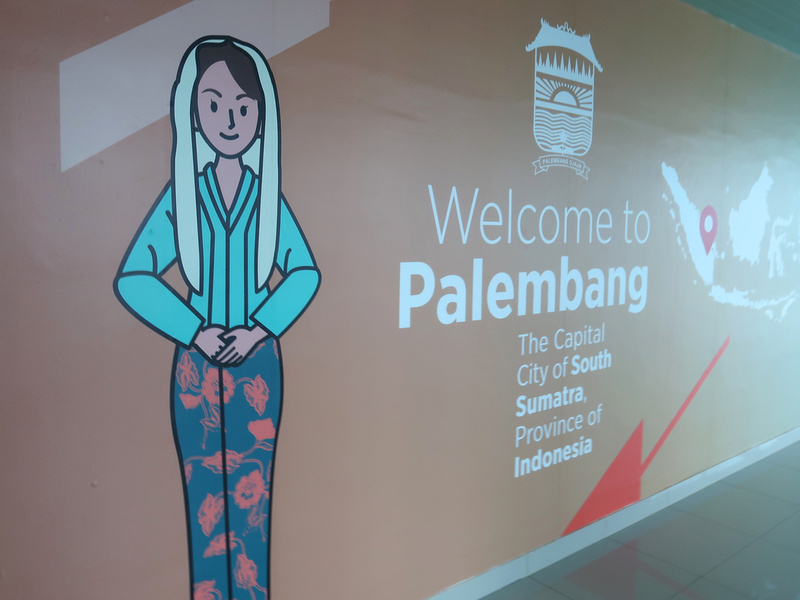 I was in Palembang mainly to see the light rail that runs from the airport to the city centre. I will have a post about that next. 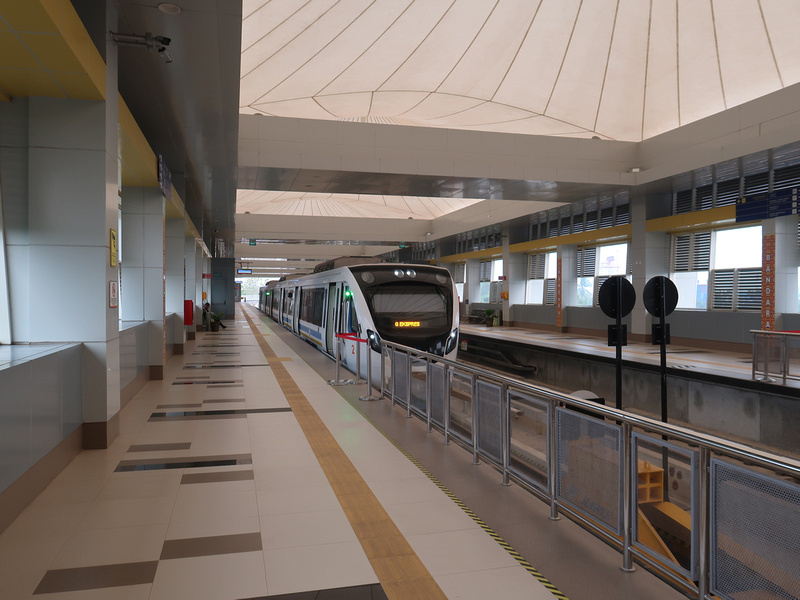 Overall this was a good flight option from KL to Palembang. On some days there are also morning flights from KL, but for my needs this afternoon flight was ideal. Read more about my trip to Palembang.