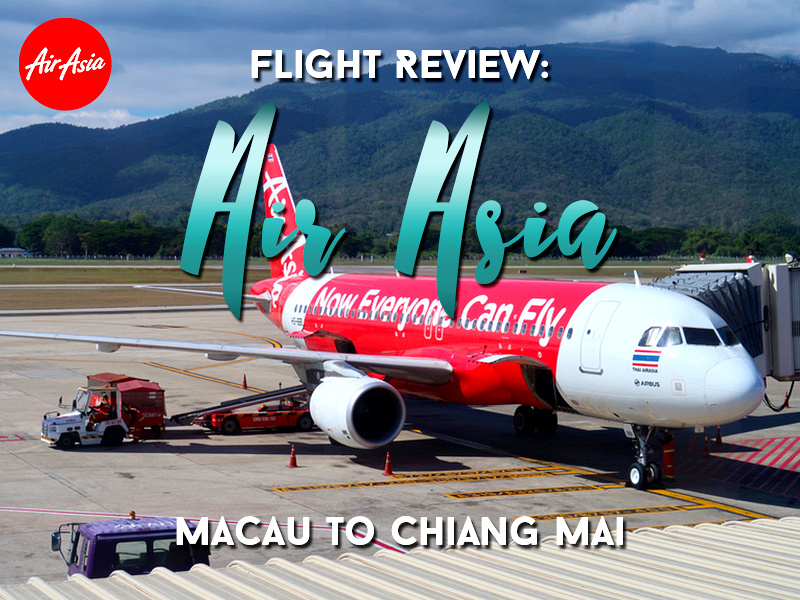 I flew with Air Asia from Macau to Chiang Mai. I was in Macau but didn’t have an onward destination in mind after that. After checking out my flight options with Skyscanner, Chiang Mai turned out to be a cheap option.

I was in Macau around the same time last year where I was on assignment with Air Asia, and I flew from Macau to Bangkok. For this route I found a ticket for $87.76 USD, which includes a checked bag.

I didn’t check in online, or use the self check-in kiosks at MFM Airport. 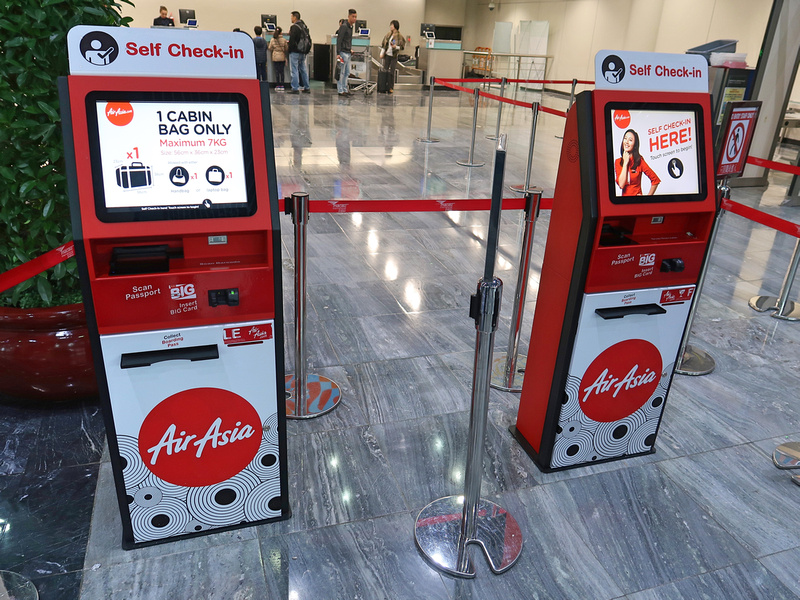 The check-in line wasn’t busy so I used that instead. I prefer to check-in the old-school way with AirAsia, as you can’t pick your seat using online check-in (unless you pay). By going to the check-in counter I asked for an aisle seat, and as I was early they put me in an emergency exit (it pays to arrive early!) 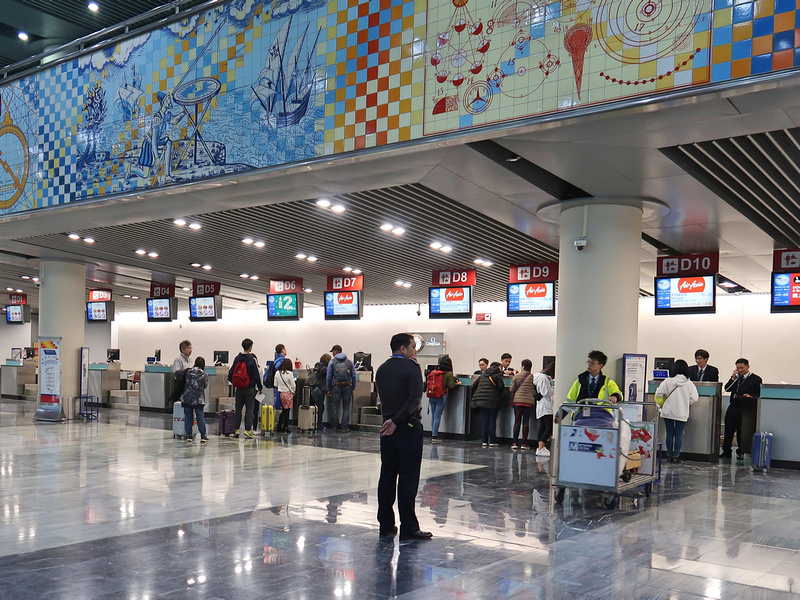 If you are arriving early just be warned that Macau Airport is small and there isn’t a lot of food options. They have now opened a hipster cafe (Blooom), which is a cafe in the Macau old city. 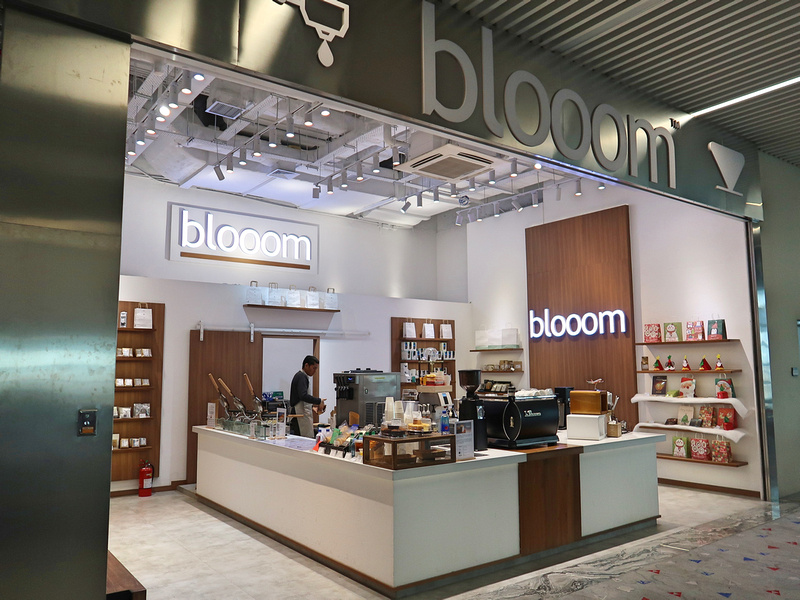 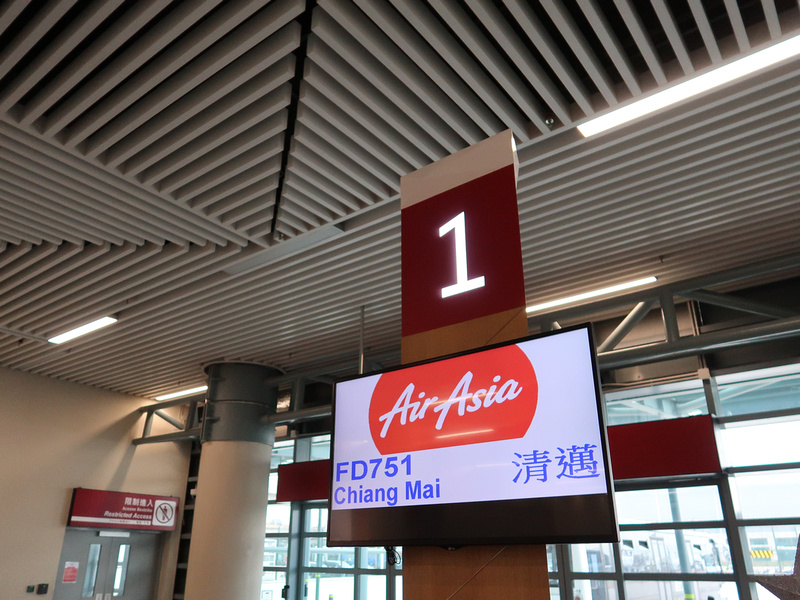 A tarmac boarding via the bus. 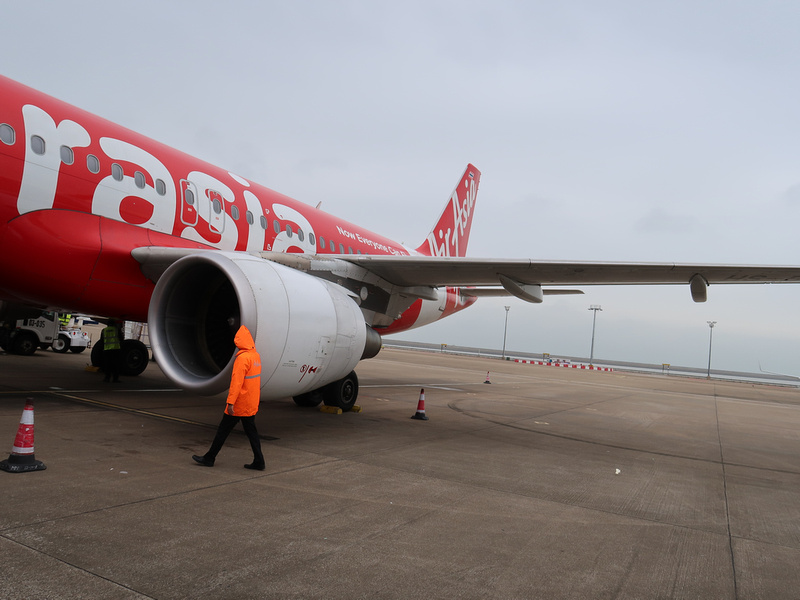 My leg room in the emergency aisle. 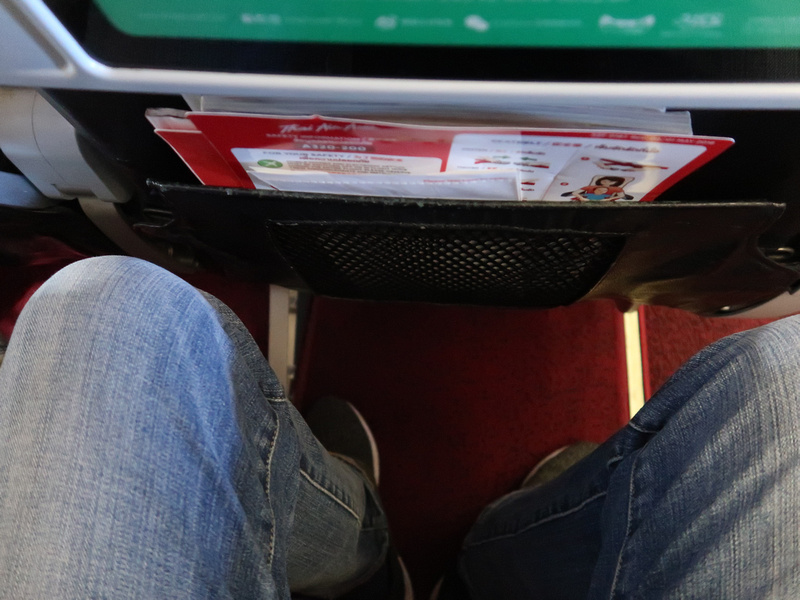 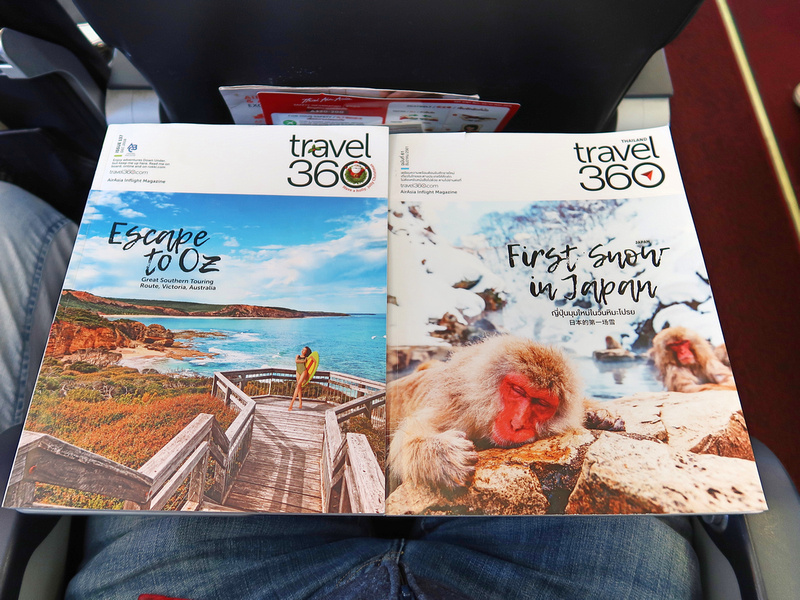 I always check the route map for new ideas, and the Air Asia route map is a glorious mess of places to go in Asia. 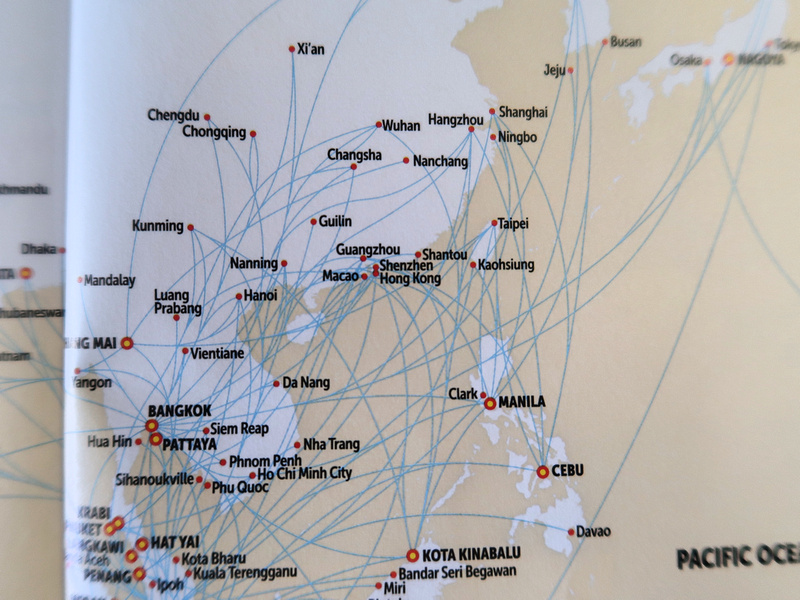 I like reading the ads to see what is happing development-wise. I saw this project that is listed on my Future Phnom Penh feature. 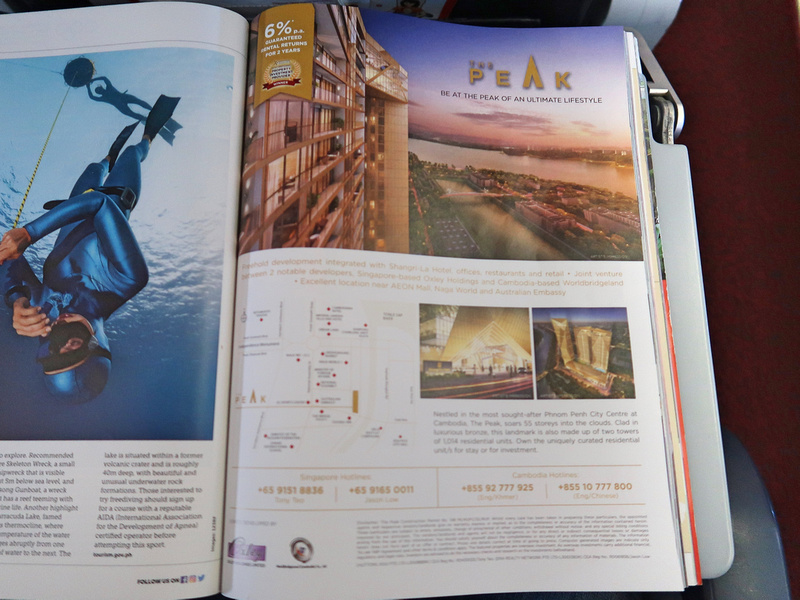 There is no free meal service, so you can order before hand or order onboard. 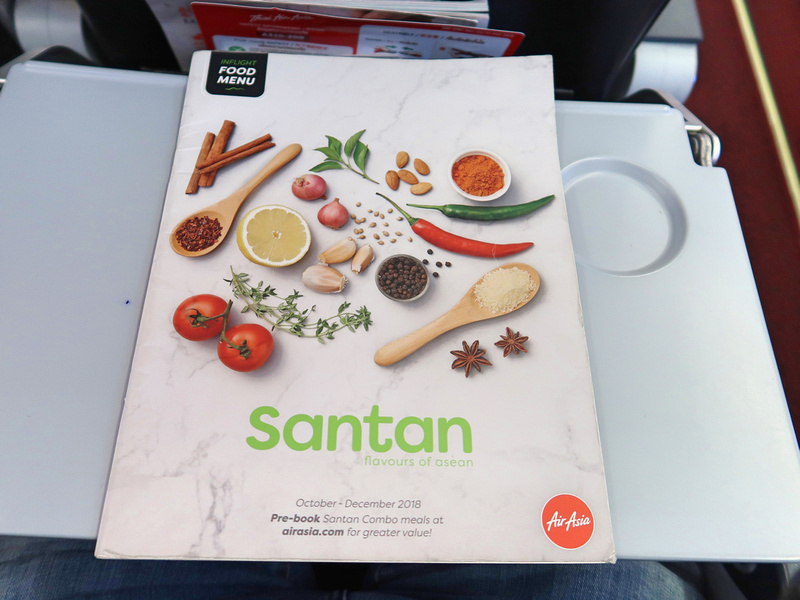 I’ve had the meals on AirAsia and they are actually pretty good for an airline meal. And at 150 THB ($4.70 USD) you can’t complain. As I was going back to a place I was so familiar with, I already had in mind my first meal back, so I didn’t order anything. 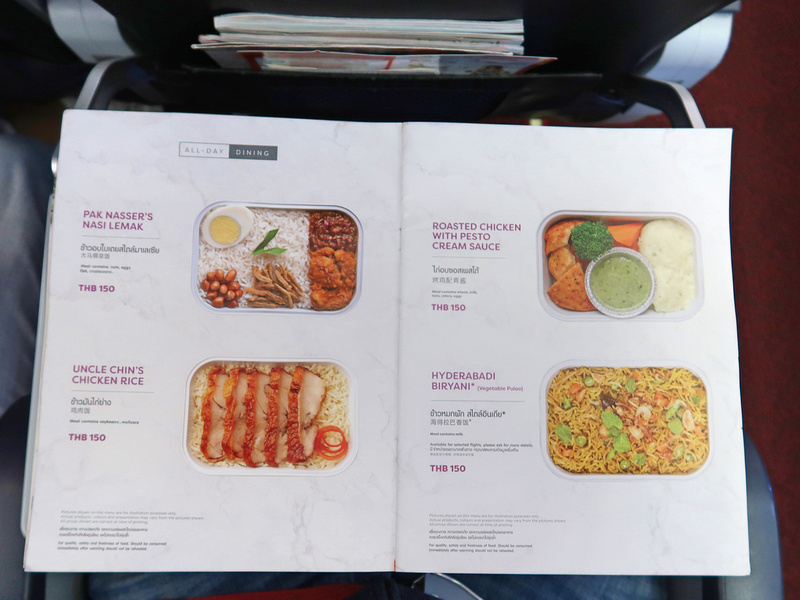 You can also order reasonably-priced snacks if you need something to tide you over. 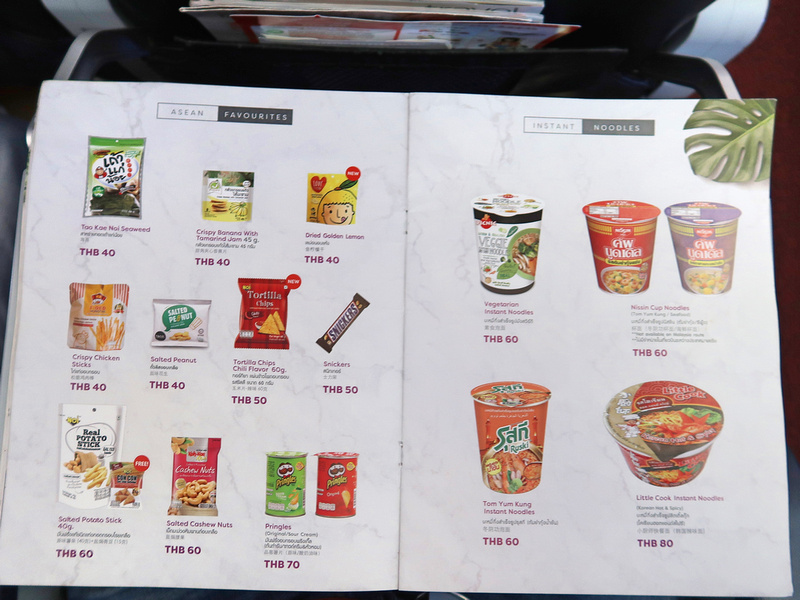 A Thailand immigration form is provided onboard. 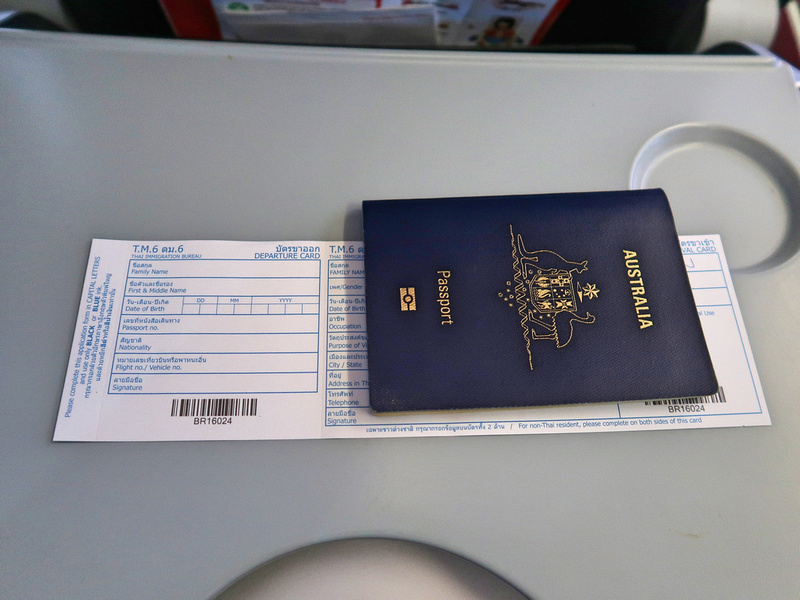 Arrived at sunny Chiang Mai. The warm days and clear skies make this truly the best time of year to visit. 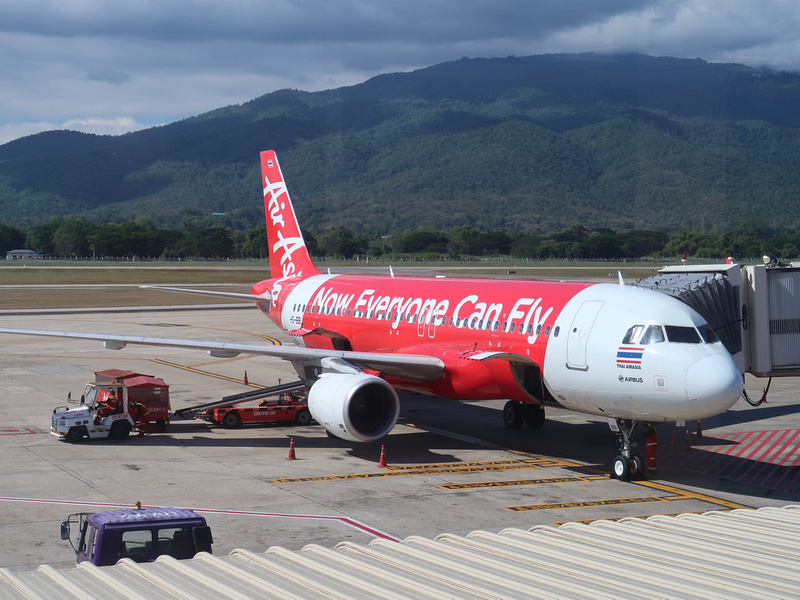 Chiang Mai is one of my favourite airports in Asia. Immigration and baggage claim is quick, and you are a 10 minute car ride from central Chiang Mai. 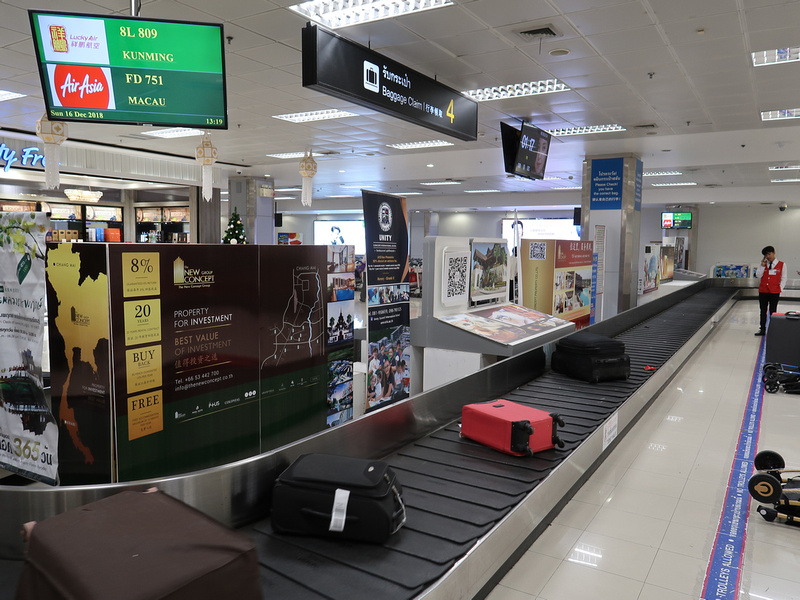 Chiang Mai is popular with Chinese tourists, as you can see by so many Chinese-targeted advertising. I’ve flown from Shanghai to Chiang Mai before, and at the time of my visit there are flights from 20 cities in China. The airport have accommodated Chinese visitors by making a separate queue at immigration, which saves time for everyone. 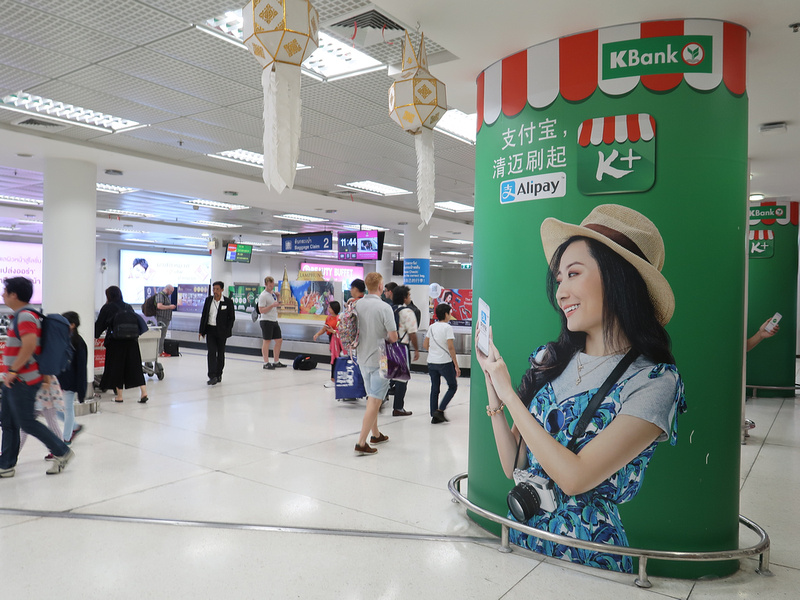 Overall this was a good flight option to get from Macau to Chiang Mai.